Victoria Jackson (SNL) and Jason Ivey debate an Occupier and intellectually leave him in the Occupy dust.

“I am not convinced. And I don’t think that the majority of GOP and independent voters are convinced, and that is why you don’t see Romney get over that hump.”

“IF WE DON’T PAY ATTENTION, WE WILL ALL PAY THE PRICE.”

“The President’s Fiscal Year 2013 budget proposal should be called the blueprint for American decline.

This budget runs a trillion-dollar deficit for the fourth straight year, and spends $47 trillion while increasing our national debt to $26 trillion over the next decade.

It also weakens an already anemic economy with a job-destroying $1.9 trillion dollar tax increase and threatens the retirement security of our seniors.

Instead of making hard decisions and honestly addressing the debt crisis facing our country, the President has proposed a warmed-over menu of budget gimmicks, phantom cuts and more failed spending. Even worse, this budget proposal still includes his plan to find cost savings on the backs of seniors by empowering unelected bureaucrats to determine what procedures Medicare patients can undergo.

I can only describe this budget as a complete failure of leadership by the President, and just the latest example of the President putting his re-election prospects ahead of the future of the American people. We must make real spending cuts and enact serious spending reforms. We can fix our nation’s fiscal situation before we find ourselves in a Greek-style debt crisis, but it requires us making tough decisions and setting spending priorities like protecting our seniors’ retirement security, maintaining a strong military and getting the government out of the way so hardworking individuals and small businesses can drive the economic recovery. I will continue fighting to that end for the people of South Florida.” 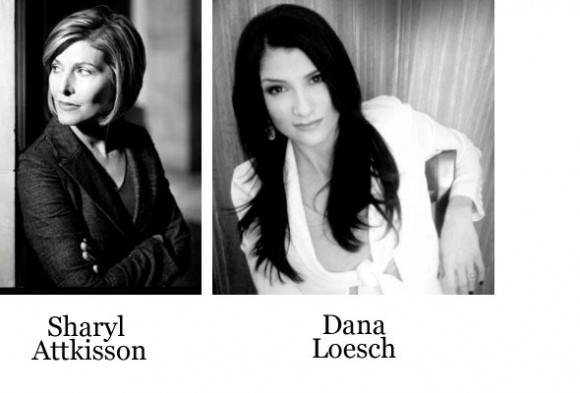 As reported in a recent posting, Accuracy in Media presented its annual Reed Irvine Media Awards for Investigative and Grassroots Journalism amidst a trumped up controversy reported in The Washington Post, Politico and Big Journalism. Awards were presented to Sharyl Attkisson of CBS News for her investigative reporting on Operation Fast and Furious as well as Solyndra and other “green energy” projects in which the Obama administration has invested Americans’ taxpayer dollars; and Dana Loesch, Editor-in-chief of Andrew Breitbart’s Big Journalism, for her tireless work as a grassroots journalist.

The pro-Democratic Party media watchdog, Media Matters, led the effort to browbeat Attkisson and CBS into backing out of accepting the award. They claim her reporting was shoddy and that CBS shouldn’t allow her to accept an award from a partisan group, as they call Accuracy in Media. Yet as AIM’s Cliff Kincaid recently exposed, the head of Media Matters, David Brock, has created a so-called Democratic “Super PAC” specifically devoted to electing Democrats and defeating Republicans.

Kincaid, the director of the AIM Center for Investigative Journalism, said at the awards event, AIM is nonpartisan, independent and yes, conservative.

It turned out that only a few hours before the event took place on Thursday, Ms. Attkisson contacted us at AIM to inform us she had been called away on assignment, and was sending someone in her place to accept the award on her behalf. That person was Chris Isham, the Washington bureau chief for CBS News. Chris was very gracious in accepting the award, saying, “Thanks very much, Roger, and thanks for the plug for CBSnews.com. Sharyl was very sorry not to be here today. She is traveling out of town on assignment. I am going to accept this award on her behalf and on behalf of CBS News. Sharyl will be donating the proceeds of this award ($1,000) to the family of Border Patrol Agent Brian Terry (applause). As many of you may know, this murder was connected to the Fast and Furious Operation. In fact it was Terry’s death in December of 2010 that really motivated a number of whistleblowers to come forward and talk to Sharyl and members of Congress about what was going on and really generated the story and really allowed us and congressional investigators to dig into this and drill down on this operation. Sharyl has spoken with the family of Agent Terry and let them know that they will be receiving the proceeds. They were very heartened and heartened that people are still talking about this issue and focused on it. CBS News is very proud of Sharyl’s groundbreaking reporting, as you’ve described it. It represents the best at CBS News—the kind of original reporting that we are extremely proud of. That we are fully committed to and will remain.”

That was hardly a repudiation of AIM, or the award. CBS is very deserving of sharing in this award with Sharyl, and we fully endorse that.

“This is not the liberal position,” wrote Graham, “when, say, journalists accept awards from their ‘progressive’ activist groups like the ‘Maggie Awards’ handed out by Planned Parenthood (Rachel Maddow). Or Barbara Walters [accepting] a GLAAD Media Award in 2008.”

He added, “Some journalism professors would try to suggest that journalists should only accept awards like the Peabody Awards or the Pulitzer Prizes—even when those judgment panels are dominated by liberal media and political elites.”

Media Matters acted as if they thought their campaign had succeeded, in an article titled “CBS Pulls Attkisson From CPAC Award Event.” But as Big Journalism’s Dan Riehl pointed out, they offered no evidence to support their claim that this was anything other than what Attkisson and Isham said. “If Media Matters wanted to report that CBS was somehow behind Attkisson not attending in person to receive the award,” wrote Riehl, “it’s their responsibility to provide documentation of same, assuming truth matters at MMfA. As many believe, their handling of the non-event indicates truth doesn’t matter to Eric Boehlert and Media Matters at all.”

In addition, The Huffington Post and Politico wrote about the event, focusing on the fact that Attkisson didn’t attend the ceremony.

We will be posting the full video of the event early in the coming week. But if you want to read more about the Fast and Furious story, you should read our October-A 2011 AIM Report, which includes video of Sharyl Attkisson’s powerful interview with ATF agent and whistleblower John Dodson.

CHEESEBURGER AND CURLY FRIES. THESE ARE A RARE GEM THAT’S NONE OF YOUR BUSINESS AND IT’S NOT YOUR JOB TO REGULATE WHAT I EAT.

MY INTERNET CHOICES. IF I WANT TO STUDY AND RESEARCH ABOUT YOUR PAST LIFE OR WANT TO READ UP ON MY RONALD REAGAN, THEN HANDS OFF. IT’S NOT YOUR JOB.

MY CHOICE IN MEDICAL CARE. IF I HAVE A DOCTOR AND A HOSPITAL I WANT TO GO TO, THEN HANDS OFF. IT’S NOT YOUR JOB.

MY GUNS AND AMMUNITION. IT’S MY BASIC HUMAN AND MY CONSTITUTIONAL RIGHT TO DEFEND MYSELF AND OTHERS. “WHEN SECONDS COUNT THE POLICE ARE ONLY MINUTES AWAY,” HANDS OFF. IT’S NOT YOUR JOB.

MY MONEY. WHEN I WORK AND EARN MONEY, IT NEVER WAS YOURS TO START WITH. YOU WORK FOR US AND WE UNDERSTAND THE NEED FOR A LITTLE MONEY TO RUN THINGS, BUT NOT AT A 30% TAX RATE. HANDS OFF. IT’S NOT YOUR JOB.

MY CONSTITUTION. IT WAS WRITTEN FOR AND BY THE PEOPLE AGAINST TRUSTING GUYS LIKE YOU AND YOU HATE IT WITH ALL YOUR HEART. YOU WANT TO DESTROY IT. GUESS WHAT, HANDS OFF. THAT’S NOT YOUR DAMN JOB, SO HANDS OFF.

WHAT MADE PRESIDENT RONALD REAGAN THE BEST PRESIDENT WE EVER HAD AND SO SUCCESSFUL, BARRY? HE KNEW WHAT HIS JOB WAS ABOUT AND HE KEPT HIS HANDS OFF!

All eyes are turned to Europe, as nations fight a contagious debt crisis. But in the United States, talk of unsustainable debt has already begun. What could Washington Learn from Europe?