One of friends mentioned that his wife is the eagle handler at a zoo.

He posted some links to pics of his wife with the bird. Golden eagle by the looks of it. Here’s a couple of selected shots: 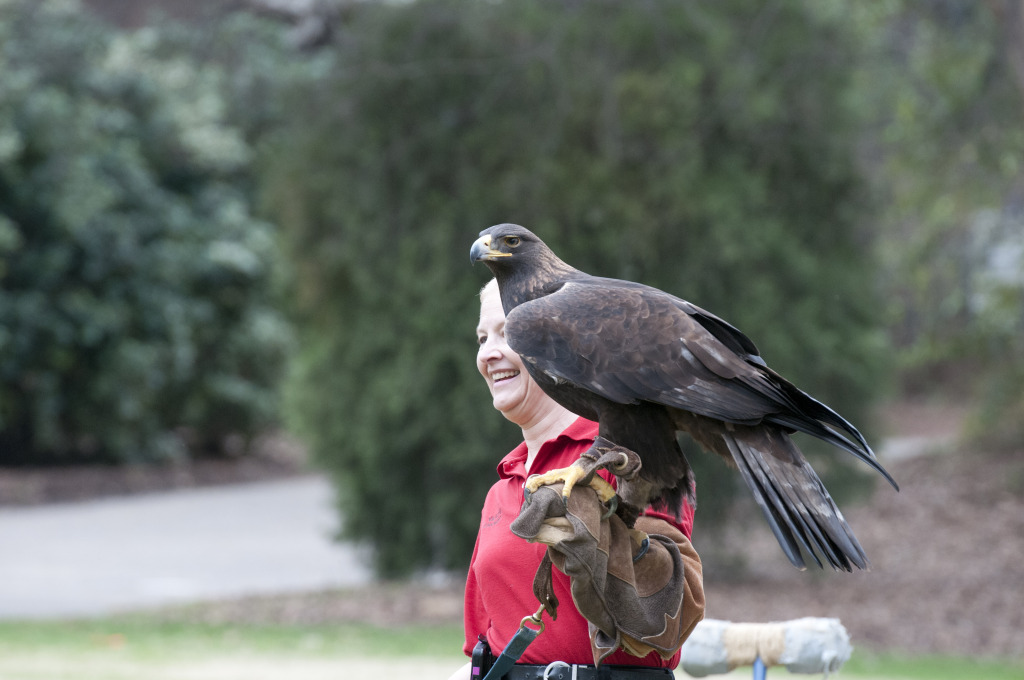 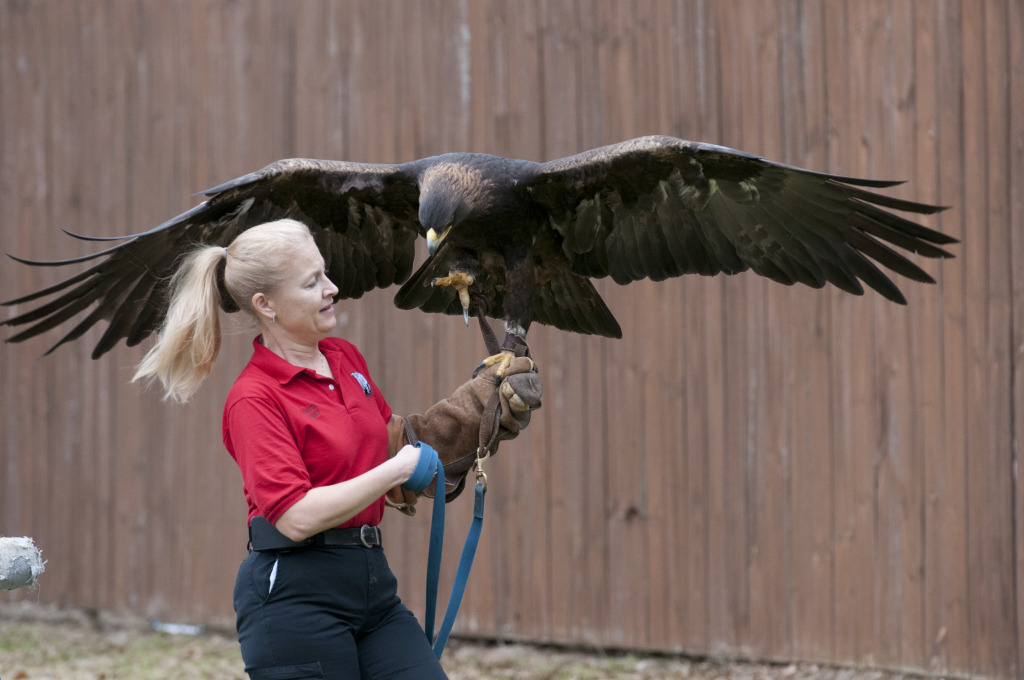 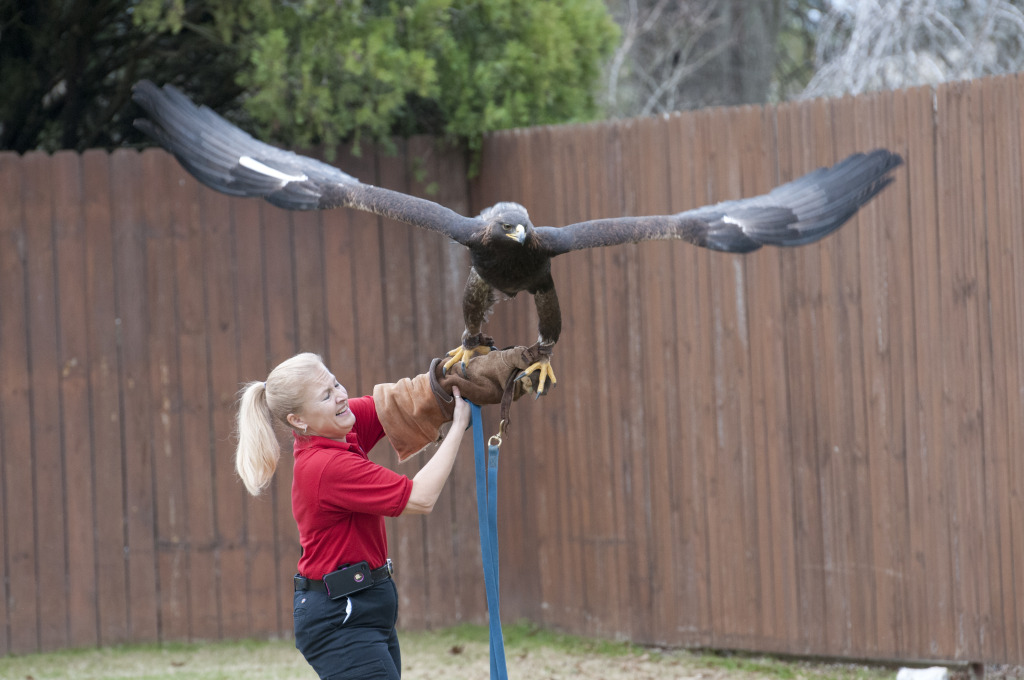 Quote: My wife is a docent at the zoo where she volunteers. She is the eagle handler. They take them places and show off the animals. The eagle they have, Aspen, is the sister to the eagle that flies for Auburn. I forget his name.

Read more at The Washington Times… 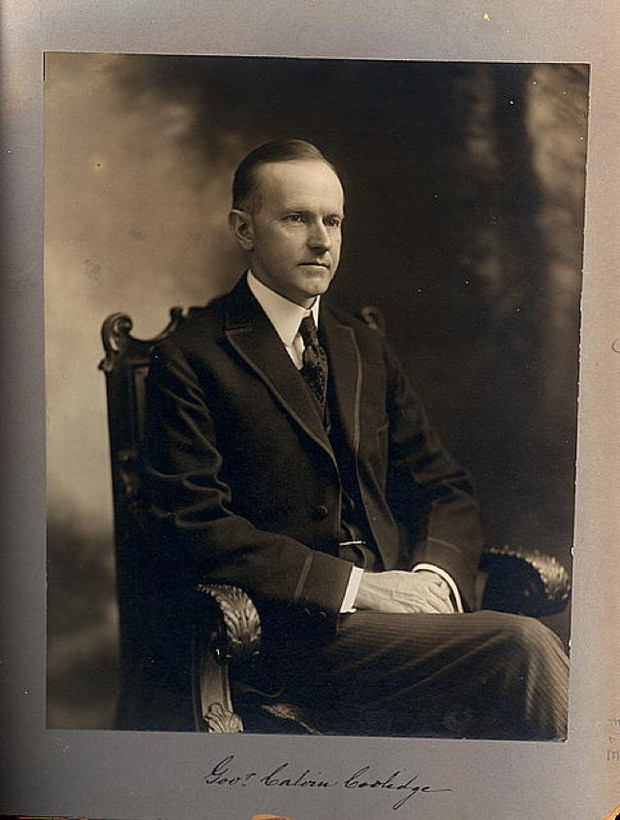 “About the Declaration there is a finality that is exceedingly restful. It is often asserted that the world has made a great deal of progress since 1776, that we have had new thoughts and new experiences which have given us a great advance over the people of that day, and that we may therefore very well discard their conclusions for something more modern. But that reasoning can not be applied to this great charter. If all men are created equal, that is final. If they are endowed with inalienable rights, that is final. If governments derive their just powers from the consent of the governed, that is final. No advance, no progress can be made beyond these propositions. If anyone wishes to deny their truth or their soundness, the only direction in which he can proceed historically is not forward, but backward toward the time when there was no equality, no rights of the individual, no rule of the people. Those who wish to proceed in that direction can not lay claim to progress. They are reactionary. Their ideas are not more modern, but more ancient, than those of the Revolutionary fathers.” – Calvin Coolidge

We Could Use a Man Like Calvin Coolidge Again.