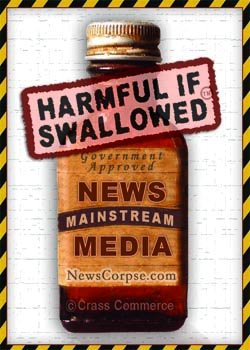 Zina Brodovsky, US Citizen and Russian Immigrant: Do You See What I See?

“Blessings [are] upon the head of the just: but violence covereth the mouth of the wicked.” – Proverbs 10:6 (KJV)

The prognostication surrounding how the U.S. Supreme Court may eventually rule, on the constitutionality of the Mandate provision within Obamacare, is reaching a fever pitch.

It seems to be acutely true with an Associated Press article today, curiously posted without a “byline,” which reads more like a final plea to the nine Justices, for a kinder, gentler outcome for the Democrat’s beloved signature legislation–which by all accounts is in serious judicial jeopardy.

AP: “What if the Supreme Court upholds the law and finds Congress was within its authority to require most people to have health insurance or pay a penalty … and allow the administration to push forward with implementing its provisions over the next few years?”

JK: Falsely presumes President Obama, the Senate will be reelected–which although the same mantra Obama has been selling, is unlikely–but, understand the inherent political bias.

Regardless, it can still be repealed or otherwise dismantled by Republicans in 2013.

AP: “What if, on the other hand, the court strikes down the entire law … that would kill a costly new federal entitlement–before it has a chance to take root and develop a constituency of beneficiaries and supporters–at no cost to taxpayers?”

JK: Except for wealthy “limousine liberals,” who don’t care about the cost or penalties, allowing 10 million more healthcare beneficiaries to take root in a costly new federal entitlement, would indeed cost taxpayers, a lot, to subsidize the insurance premiums of most of these people.

AP: “What happens if the court strikes down the individual insurance requirement, but leaves the rest of the Affordable Care Act in place … knocking out the requirement that Americans carry insurance would not be the end of Obama’s health care overhaul–there’s a lot more in the 900-plus pages of the law?”

JK: Actually, as Obamacare lacks a “Severability” clause, if the Mandate is found to be unconstitutional–the entire law would be vaporized in an instant—end of story. It is not the responsibility of the Supreme Court to “modify” the law–Justice Scalia has already stated they would not.

In point of fact, contrary to AP reporter’s description of Obamacare (a term conspicuously absent here) as being “900-plus pages,” although technically true, it is more accurately pegged at 2,700. However, I appreciate the AP reporter attempting to minimize the magnitude of the implied job for the justices–hoping the public may consider them lazy if they do not–giving Barack Obama another negative narrative to use.

AP: “What happens if the court decides that the constitutional challenge is premature?”

“The federal appeals court in Richmond said it was bound by the federal Anti-Injunction Act, which … [reads] federal courts may not hear challenges to taxes, or anything that looks like a tax, until after they are paid.

JK: For all practical purposes, this issue was laid to rest when the Supreme Court granted the petition for writ of certiorari.

“The Court is generally careful to choose only cases over which [it] has jurisdiction and … considers sufficiently important, such as cases involving deep constitutional questions, to merit the use of its limited resources … the Court normally grants review of [only] one or two questions presented in a certiorari petition … to resolve a “circuit split,” when the federal appeals courts in two (or more) federal judicial circuits have ruled differently in similar situations … often called ‘percolating issues’.”

Accordingly, it appears as though the court will likely only consider the single, most important question petitioned for, to resolve the four-way circuit split regarding Obamacare, and that is the constitutionality of the Mandate–putting to rest this ‘percolating issue.’

Therefore, it appears the AP reporter forgot one last word at the end of the “article”…