The Democratic Party engaged in an effort to throw the 2008 election.

From a piece that ran in The Examiner on February 27th about Wikileaks‘ latest document dump in a series of cables that it calls ‘The Global Intelligence Files.’

Part of the information contained in the files shows that the Democratic Party engaged in an effort to throw the 2008 election.

The Democrats may have succeeded, and the election results from 2008 may be entirely skewed.

At issue is internal communication within a company in Texas called Stratfor. The company bills itself as a ‘global intelligence service’ that offers confidential information to large corporations and political entities.

In an internal email dated Nov. 7, 2008, a Stratfor operative sent the following information to the company’s chain of staffers:

1) The black Dems were caught stuffing the ballot boxes in Philly and Ohio as reported the night of the election and Sen. McCain chose not to fight. The matter is not dead inside the party. It now becomes a matter of sequence now as to how and when to “out”.

2) It appears the Dems “made a donation” to Rev. Jesse (no, they would never do that!) to keep his yap shut after his diatribe about the Jews and Israel. A little bird told me it was a “nice six-figure donation”. This also becomes a matter of how and when to out.

3) The hunt is on for the sleezy Russian money into O-mans coffers. A smoking gun has already been found. Will get more on this when the time is right. My source was too giddy to continue. Can you say Clinton and ChiCom funny money? This also becomes a matter of how and when to out.

Several key pieces of information are contained in this stunning admission by an operative of one of the most respected intelligence gathering corporations in the world. First, the Democratic Party engaged in election tampering, a felony, by stuffing ballot boxes in Pennsylvania and Ohio.

Second, the Democratic Party paid Jessie Jackson six figures to keep his mouth shut about political issues during the 2008 campaign. It was widely known at the time that Jackson had no use for Obama.

These are serious issues that throw into question the integrity of the U.S. elections process and the lengths to which the political parties will go to secure a win, in this case, the Democratic Party and Barack Obama.

Ohio and Pennsylvania are merely the two areas where Democratic operatives were caught stuffing ballot boxes. How many other areas around the country were subjected to voter fraud without anyone getting caught?

A second Wikileaks cable indicates that 2008 Republican Presidential candidate John McCain decided not to pursue legal action against the Democrats for engaging in voter fraud. The candidate believed that to do so would have thrown the country into civil unrest, and thus, he let the matter drop.

Emails between Stratfor staffers indicate that McCain’s actions were viewed as baffling, to say the least.

Mark Levin does an outstanding job of providing us with truth, perspective and what the diabolical Progressive Democrat agenda really is with regard to their propaganda and push for “free contraception.”

Dr. David, A Gynecologist, calls Mark Levin to say Sandra Fluke’s testimony is not quite right:

Mark Levin – This is not about free contraception, but eviscerating the constitution:

Those who are pushing to implement the UN Sustainable Development program (Agenda 21) have decided to set up nationwide indoctrination sessions for elected officials and municipal government professionals.

This is a clear indication that the tireless efforts of ordinary citizens to educate and combat Agenda 21 in their communities is working.

The battle to preserve property rights and Liberty for the American people has now risen to a whole new level. 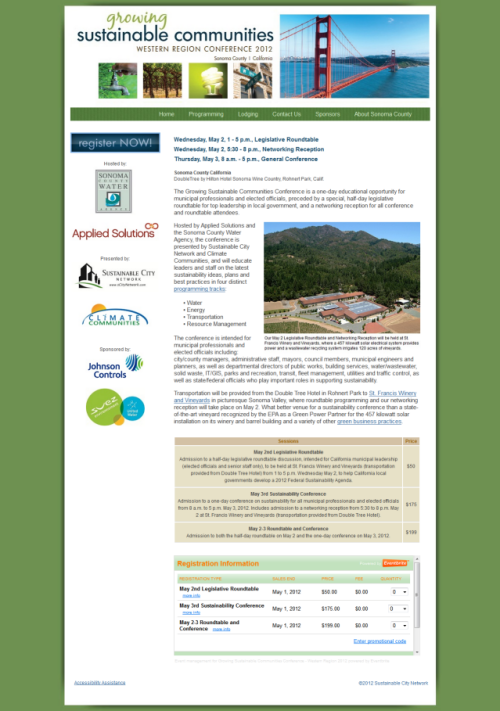 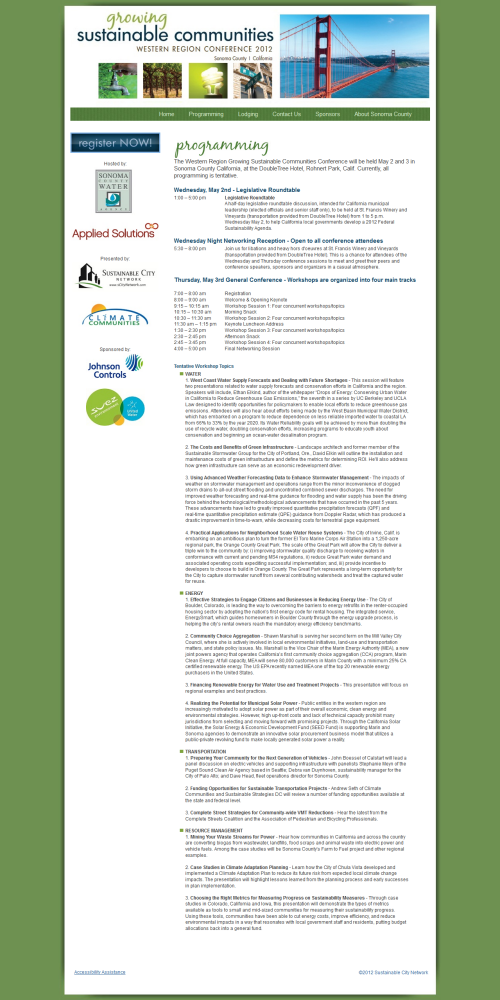 Hello my NoisyRoom friends! I start with a warning about this article today. It will be unpleasant, graphic and not suitable for young children to read.

America, we have a problem. You have heard it before that America is turning into either France, Europe or Russia and that the Occupy or Peace Movement is a bunch of hippies that just want utopia or world peace. I have heard others say there’s nothing wrong with a little socialism or a little bit of communism… really? So, you mean to tell me that you are that deep asleep and DON’T do history research? That you are not very aware of the implications of those statements? Both INACTION and WORDS have meaning.

The problems in today’s America are more reflective of the recent history of Serbia, Sarajevo, Bosnia, Yugoslavia and Kosovo. The problems America has are just the mere beginnings of what these smaller, older countries know all too well. The loss of life, the loss of the rule of law, the total disregard for people places and property.

Let’s start with the current communist governments of these tiny little countries and their so-called “ETHNIC CLEANSING” programs during the 1990s. Let’s look at the way both President Bill Clinton and Madelaine “not very bright” Albright, who was the Secretary of State and of course everybody’s friend to human rights all around the world. The U.N. had dealt with this problem as a way to gain political capital for human beings that were being dumped in mass graves. Did you know they were killing all of their own people because they were not MUSLIM? Does this sound familiar to anyone? To be honest, the radical Muslims have caused problems for us since the Roman Empire, England and 1775. We should be seeing a pattern here with Muslims of this radical type, but no one seems to learn from this.

Now let’s go all the way back to the 1940s and look at the states of these countries then and see what happiness went on over there at that time. Again, a warning that this paragraph will be graphic! At this time, World War II was in full swing as America was fighting a war on two fronts. The average Serbian was worried about being beheaded, raped, dismembered, tortured, molested or murdered en mass by their fellow citizens. The Nazi Waffen SS had a hold and occupied all of these little countries at this time. They had formed a new Waffen Division called the 13th Mountain Division – Croatian Waffen SS. This happy summer camp group was made up of both Catholic Croatians and radical Muslim fascists. Both had a blood hate for the Serbian Jews and an extreme group of these Croatians had called themselves USTASHA, led by their humble leader Ante Pavelie.

Let’s look into the list of improvements the USTASHA made in their own homeland. They ended up murdering by hand and tools 300,000 Serbian Jews. The most violent of these was the rounding up of 2,000 Serbians into a church and slicing them up with just knives for several hours. They were known to gouge out the eyes of a Serbian woman for Ante Pavelic’s collection (YUCK). They performed out of the blue random killings and dumped the bodies in the local rivers. Just for fun mind you, they took these poor people into their camps and placed bets on how many they could kill the fastest by hand. Other small acts of kindness such as bashing heads with hammers, raping women and children, dismembering them alive with a saw, decapitation with an ax, beatings with sledge hammers and all this while these dirt bags smiled and celebrated, partied and took pictures and boasted to others about their fun day at work. But here is a kicker for you. The USTASHA scared the crap out of Nazi SS officers and they had to get permission to put a stop to it.

So this is what a socialist utopia will bring to American culture. Hate and a culture of death. Wow and all I wanted was a job and a nice place to live. Remember, both the radical Muslims like the Muslim Brotherhood and the Nazi Party, were both the same kind of socialist monsters and be warned, there is a rising culture of hate out there and in America. A new major Nazi Party has started in Egypt and in America. The next time you hear some moron say this: “There’s nothing wrong with socialism, it sounds so nice! It helps the little guy in so many ways and its a culture of kindness.” Please slap this moron in the back of the head for me. We have all seen that the Occupy Movement is not so peaceful and has shown their radical violent side already, so be warned. This year, they will ratchet up the rage and the hate for they are part of a bigger problem and they are being used.

I have historical documentation of this history. I will give it to you for free if you e-mail me at [email protected].

WARNING: FILES HAVE BOTH GRAPHIC CONTENT AND PHOTOS NOT SUITABLE FOR SMALL CHILDREN.

Global Islamists and terror sympathizers are planning a mass protest in Jerusalem on March 30. The radicals hope their efforts on ‘Palestinian Land Day’ will liberate Jerusalem from Jewish control. 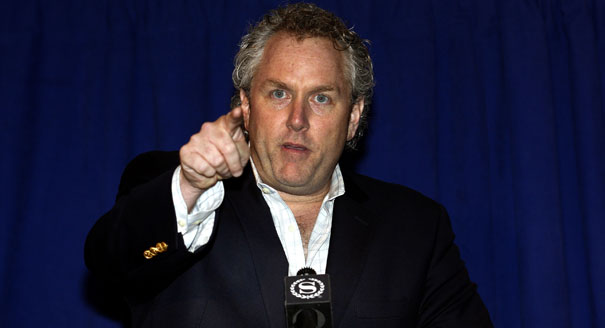