Sarah Palin talked about Presiden’t Obama’s ties to Harvard professor Derrick Bell on Sean Hannity Thursday night. Palin said that the media should have vetted President Obama in the last election and that handlers in the McCain 2008 campaign stifled discussion about Obama’s past. 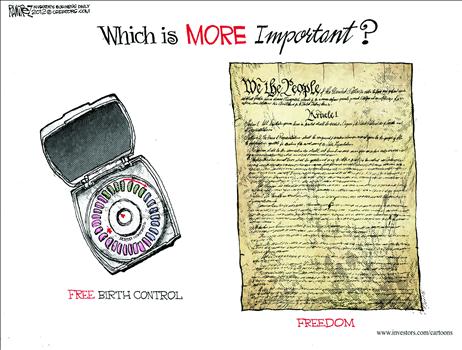 Thanks to Andrew Breitbart we can add one more name to the list of racist, radical, anti-Christian, anti-American, pro-Marxist, pro-Communist and pro-Muslim friends of Barack Hussein Obama. Friends like the black racist ministers Jeremiah Wright and Louis Farrakhan, terrorists Bill Ayers and Bernadine Dohrn from the Weather Underground who helped launch Obama’s political career, Communists like Frank Marshal Davis, Obama’s self-admitted childhood mentor, that have all infected our great nation with their treasonous words and actions. Back in February, Andrew Breitbart, one of the most powerful conservative voices on the Internet, gave a keynote speech at CPAC the Conservative Political Action Conference. Breitbart said he was about to release a video of a speech given by Barack Hussein Obama at Harvard University in 1991, who was then a student activist at the Harvard Law School. Breitbart claimed this video would demolish Obama’s 2012 campaign.

Yahoo News wrote that Breitbart told the CPAC crowd “[We] are going to vet [Obama] from his college days to show you why racial division and class warfare are central to what hope and change was sold in 2008,”.

Then, suddenly, on March 1st, Andrew Breitbart died from a heart attack. Yesterday, the video was released and it shows Obama spouting glowing praise for a racist black professor named Derrick Bell. Prof. Bell has a record of opinions similar to Rev. Jeremiah Wright, another friend and mentor to Barack Hussein Obama. But almost as important as the video itself is the revelation by Sean Hannity on Fox News that the original video from 1991 was edited and purposely hidden from the news media during Obama’s 2008 presidential campaign to avoid embarrassing this racist candidate. Go there and watch the 11-minute video clip that includes the 1991 Harvard speech. Read Pamela Geller’s article on Atlas Shrugs for some additional insight on the background of the shady characters and the media coverup.

First it was Andrew Breitbart, who suddenly died from a “heart attack” at the age of 43. Then, more recently, another celebrity who caused great embarrassment to Barack Hussein Obama has suddenly died. Impressionist Steve Bridges, who has several videos of his own mocking Obama with his impressions on YouTube, suddenly died at the age of 48 from “natural causes”. Indeed, it has become very dangerous today to embarrass Barack Hussein Obama. The true causes of the deaths of these relatively young men who died in their prime have not yet been revealed and they may never will be.

Andrew Breitbart will never be silenced, not even in death. Many bloggers have added the image of his poster to their web sites. I have done the same. But I want to add one more image of this poster that carries a more haunting reminder to the most evil and corrupt Democrat in American history. Andrew Breitbart is still looking over Obama’s shoulder. 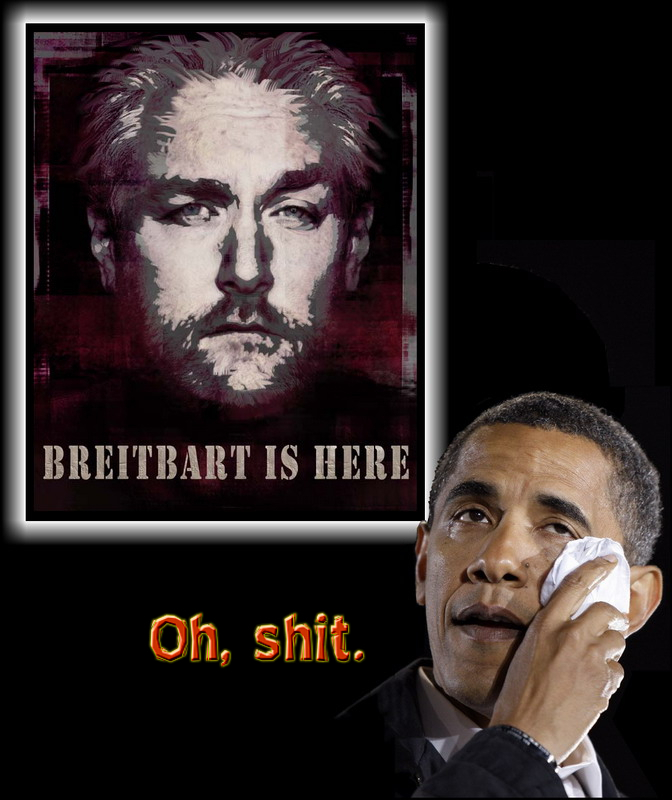 Today America in under siege, we are in a state of war. But we are not allowed to know this because the leftist news media hides this. Our Great American Republic that has given us our cherished Bill of Rights and our Constitution has been surrounded by a leftist-bent army of journalists, educators, politicians, liberal news media, billionaires and graft-hungry unions who all align themselves with the socialist causes that seek to destroy our country. Barack Hussein Obama has looted our Treasury to pay for his backers. He has created concentration camps for dissident Americans who oppose him and proclaimed that he will allow the military to arrest and detain without any trials anyone who he believes is a threat to his goals.