Democrats like to say: “The worst thing we could do is to go back to the very same policies that created this mess in the first place.” They are absolutely correct; we do not ever want to see again the policies that created the current economic mess. But we will, if Obama is re-elected. Democrats want their audiences to believe that “the very same policies” are those practiced by the Bush administration. Their hindsight stops with the 2000 election.

The real cause of our current economic dilemma began way back in 1977 with the Community Reinvestment Act, a law prohibiting financial institutions from “redlining.” Until then, it was fairly common for banks to decide where they would invest their depositors’ money. It was common for banks to draw a red line on a map around slum areas the bankers believed to be too risky to invest their customer’s money. The law was tweaked a little in 1989 and again in 1992, but when Bill Clinton claimed the White House, he bought into the idea that society functioned best when managed by the government – especially by his government.

Within six months of his inauguration in 1993, he created by executive order the President’s Council on Sustainable Development, expressly for the purpose of implementing Agenda 21. Note particularly this Objective from Chapter 7:

7.8. The objective is to achieve adequate shelter for rapidly growing populations and for the currently deprived urban and rural poor through an enabling approach to shelter development and improvement that is environmentally sound.

Here is just one of 10 specific actions recommended to meet the objective:

(c) All countries should, as appropriate, support the shelter efforts of the urban and rural poor, the unemployed and the no-income group by adopting and/or adapting existing codes and regulations, to facilitate their access to land, finance and low-cost building materials and by actively promoting the regularization and upgrading of informal settlements and urban slums as an expedient measure and pragmatic solution to the urban shelter deficit;

What better way to achieve this objective than to force local banks to make mortgage loans to “… the unemployed and the no-income group,” which is essentially what the 1997 revisions to the Community Reinvestment Act did. To sweeten the deal for banks – and make matters worse for the economy – the Democrat-led Congress required Fannie Mae and Freddie Mac to guarantee these loans. With these guarantees, bankers could bundle these mortgages and resell them as government-guaranteed securities.

Democrats routinely denounce the “greedy bankers on Wall Street” for doing exactly what the ?Democrat-led Congress made it possible for them to do.

No, we certainly don’t want to go back to the policies that got us into this mess. The only way to avoid it is to know exactly what got us into this mess in the first place. It was not the Bush administration. In fact, Bush tried diligently to tighten the regulations of Fannie Mae and Freddie Mac, but the Democrat-led Congress stopped him. In fact, in 2005, Barney Frank, chairman of the House Financial Services Committee, said that there was no housing bubble and that he would continue pushing home ownership through Fannie Mae and Freddie Mac.

Don’t let Democrats blame the Republicans or the Bush administration for the current economic mess. The problem was caused by the social-engineering propensity of the Democrats and using the force of law to intervene in a free market to force banks and other institutions to conduct business the way the Democrats think business should be conducted.

We have looked at only one small section of Agenda 21 to see how this U.N. document influenced Democrats to implement policies that have now caused enormous financial loss to thousands of people. The remainder of Agenda 21 addresses virtually every facet of human life. The recommendations contained in the document are said to be “voluntary” with no impact on American law. Agenda 21 policies are voluntary – until Congress writes the recommendation into law, or until a local county commission adopts a “Comprehensive Land Use Plan” that incorporates the so-called “voluntary” policies.

Learn what you can about Confronting Agenda 21, and help stop its implementation in America.

Henry Lamb is the author of “The Rise of Global Governance,” Chairman of Sovereignty International , and founder of the Environmental Conservation Organization (ECO) and Freedom21, Inc.

“I mean, I think the people who practice white supremacy and who benefit from it are going to have to be stopped. And I think that’s a huge undertaking and I think it takes a revolution.”

In an almost unbelievable twist of fate, San Diego and San Jose, long time bastions of liberalism in arguably the biggest state on the “Left” coast, California, have been forced to take a page from the emergency financial reform playbook of Wisconsin Gov. Scott Walker and his Indiana colleague, Gov. Mitch Daniels.

“Taxpayers have had it,” former Mayor Roger Hedgecock said. “A huge portion of the city budget is going to fund these pensions [that are] far beyond anything in private sector.”

“Labor unions used a lot of scare tactics to spike pensions over the past 15 years,” City Councilman Carl Demaio, a mayoral candidate, said. “They said, ‘If you don’t give employees these lavish pensions, then we can’t recruit and retain quality employees.’ Those arguments were false. They led us down the wrong path, and now we paying the price as taxpayers.”

Demaio claims the deficit was caused by elected officials, who promised benefits the city could never afford, and aided by an under-performing stock market.

Author’s note: Blaming the stock market is going to be difficult, as it has nearly returned to pre-financial crisis levels now.

In contrast, the Unions blame irresponsible city officials, who they allege spent bond money, earmarked for union pay, on ego-driving projects like sports stadiums backed by the Chamber of Commerce.

Author’s note: Long term debt is never used to provide cash for operations, such as “union pay”; however, such financing is regularly and properly used for revenue producing municipal capital asset projects–such as sports stadiums.

“We are the ones being demonized by Carl Demaio every day, acting as if we are the ones with the six-figure pensions,” says Joan Raymond of the American Federation of State, County and Municipal Employees (AFSCME is one of the largest public employee unions in the U.S.).

Raymond claims that average workers aren’t the issue, but rather the white-collar managers who draw the big pensions.

The city pays $2.4 million a year to cover the pensions of just 10 ex-city workers, most of whom are lawyers or former executives–but it also includes a retired librarian with a $234,000 annual pension.

“I want our taxpayers to know government employees are going to receive no better a retirement package than the hard-working families and taxpayers who pay the bill,” Demaio said.

Current employees would contribute more to their pensions, and employee retirement payments would be calculated on base salary only, and not include accrued sick leave and/or vacation time–a favorite tactic of union workers to inflate the level of their monthly pension check.

The San Diego initiative is similar to one in San Jose, where officials blame soaring pension [costs] for their inability to staff a new library and police station.

San Jose and San Diego officials agree that pension reform is the only way to avoid tax increases or cuts in personnel. In fact, the San Diego Taxpayers Association says their city spends 44 cents of every payroll dollar on retirees and pensions–not on current city worker salaries.

San Jose officials have it pegged at 55 cents on every payroll dollar.

Demaio prophesied … “San Diego is going to be the next Wisconsin. I think you are going to see a national confrontation between these very powerful public employee unions–who have a hammer lock on the public sector–against [the] taxpayers who have to pay the bill.”

Wisconsin and Indiana are leading the way for abolition of public union collective bargaining rights–proving there is a light at the end of the tunnel for struggling municipalities and taxpayers.

However, for the public unions–the light is mounted on a freight train headed straight at them. 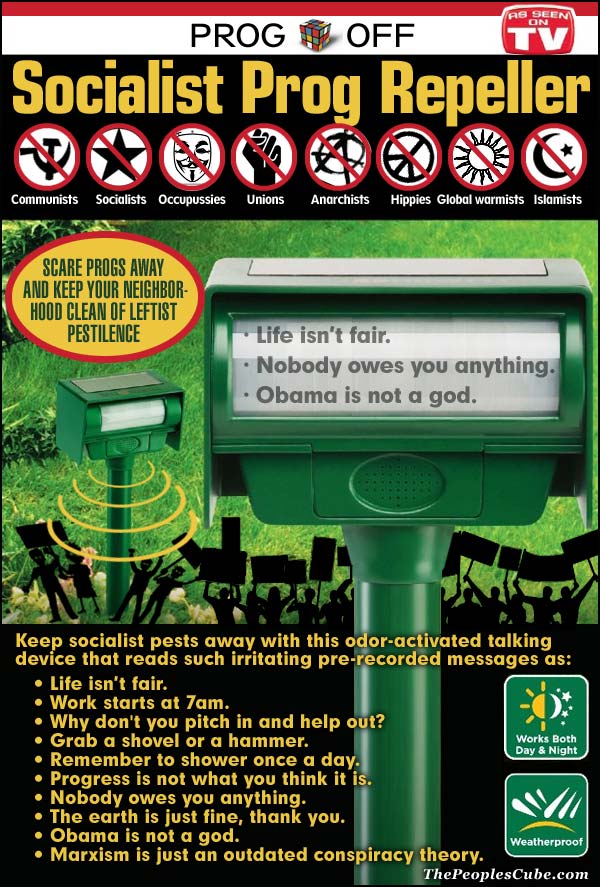 The Kony 2012 scam has been revealed and now it is time to look at Obama’s motivation to use American blood and treasure to wage war in Uganda even though Kony has not been seen for six years, is believed to be dead and American interests do not warrant this war.

Recall that we recently learned U.S. taxpayer dollars were spent on the writing of Africa’s new Constitution. The obvious question is “Why”? In October 2011, WND’s Aaron Klein provided the answer [emphasis added]:

Also in 2008, the Africa Institute for Energy Governance, a grantee of the Soros-funded Revenue Watch, helped established [sic] the Publish What You Pay Coalition of Uganda, or PWYP, which was purportedly launched to coordinate and streamline the efforts of the government in promoting transparency and accountability in the oil sector.

Also, a steering committee was formed for PWYP Uganda to develop an agenda for implementing the oil advocacy initiatives and a constitution to guide PWYP’s oil work…

PWYP is directly funded by Soros’ Open Society as well as the the Soros-funded Revenue Watch Institute. PWYP international is actually hosted by the Open Society Foundation in London.

The billionaire’s Open Society Institute, meanwhile, runs numerous offices in Uganda. It maintains a country manager in Uganda, as well as the Open Society Initiative for East Africa, which supports work in Kenya, Tanzania and Uganda.

Soros will make millions – if not billions – off of Uganda’s oil industry and his other interests there.

Public uproar caused Soros to liquidate those investments, but after the publicity died down, Soros went right back in and reinvested. Despite ‘paper’ losses in 2011, it appears Soros is staying in for the long-term gain.

Given that Soros has been a White House visitor since Obama’s election, do you think insider information, collusion and corruption may be in play?

Does Obama work for George Soros or for the American people? While only two oil connections are presented here, there are many other examples of Obama’s use of American assets to aide and abet Soros’ interests, investments and agenda – as well as Obama’s support to other anti-American subversives.

Will Congress investigate and hold Obama accountable? Not likely.

Without doubt, Soros’ financial interests are being directly supported by Obama at the expense of American blood and treasure.

Imagine what Obama would do during a second term when he is unrestrained. Inform others so that they may consider who Obama really serves (and the lies he tells on the campaign trail) before casting their vote in November.

Clearly Obama works for Soros and does whatever is necessary to make Soros richer and more powerful at America’s expense.