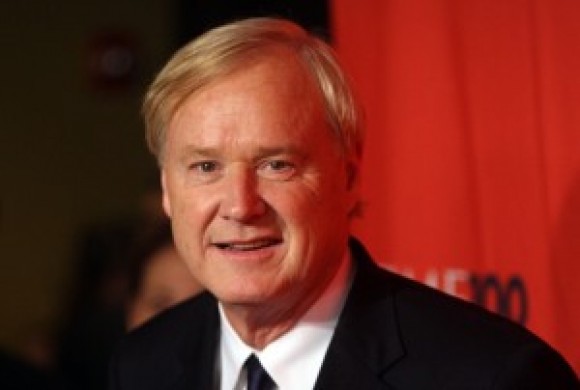 Unlike in 2008, MSNBC is planning to have Chris Matthews, along with the rest of the primetime lineup of MSNBC, host the 2012 presidential election coverage. This includes the presidential debates in September and October, and election night itself.

When it came up in 2008, MSNBC decided to pull their two top hosts, Matthews and Keith Olbermann, from anchoring the presidential debates and election night. But this year is different. The primetime lineup is going to be doing anchoring and analysis; one stop shopping. Despite repeated requests for further explanation, so far we have gotten no answer.

The big question is, can Matthews resist revealing the “thrill going up my leg” when President Obama speaks. How about Al Sharpton, Ed Schultz, Lawrence O’Donnell, and Rachel Maddow? Is there no concern at the network that every one of their hosts are strongly partisan Obama supporters, and extremely hostile to all things conservative and Republican? Watch any of their shows on any night if you have any doubts. (Keith Olbermann has moved on to Al Gore’s Learning-Impaired Channel, also known as Current-TV.)

In early September of 2008, shortly after the two parties had completed their conventions, MSNBC stated on its website that it would “replace the team of Chris Matthews and Keith Olbermann as anchors of its live political coverage for the rest of the presidential campaign season. David Gregory, NBC News’ chief White House correspondent, will be the primary host of coverage of the presidential and vice presidential debates coming up over the next two months, as well as election night, said Phil Griffin, MSNBC’s president.”

The New York Times Brian Stelter reported on the story and found that there was a lot more to it: “The change,” wrote Stelter, “which comes in the home stretch of the long election cycle—is a direct result of tensions associated with the channel’s perceived shift to the political left.”

Stelter cited Davidson Goldin, the former editorial director of MSNBC and a co-founder of the reputation management firm DolceGoldin: “The most disappointing shift is to see the partisan attitude move from prime time into what’s supposed to be straight news programming.”

Stelter reported that executives at MSNBC parent company, NBC Universal, “had high hopes for MSNBC’s coverage of the political conventions. Instead, the coverage frequently descended into on-air squabbles between the anchors, embarrassing some workers at NBC’s news division, and quite possibly alienating viewers. Although MSNBC nearly doubled its total audience compared with the 2004 conventions, its competitive position did not improve, as it remained in last place among the broadcast and cable news networks.”

For the article, the Times talked to 10 current and former staff members who said that “long-simmering tensions between MSNBC and NBC reached a boiling point during the conventions. ‘MSNBC is behaving like a heroin addict,’ one senior staff member observed. ‘They’re living from fix to fix and swearing they’ll go into rehab the next week.’”

He added that even Tom Brokaw and Brian Williams, the past and present anchors of NBC Nightly News, have “told friends and colleagues that they are finding it tougher and tougher to defend the cable arm of the news division, even while they anchored daytime hours of convention coverage on MSNBC and contributed commentary each evening…Mr. Brokaw acknowledged that Mr. Olbermann and Mr. Matthews had ‘gone too far’ at times…”

Stelter wrote that the company’s top executives are “known to be concerned about the perception that MSNBC’s partisan tilt in prime time is bleeding into the rest of the programming day.”

And this was four years ago. Today the bleeding is complete, with the addition of daytime hosts like Martin Bashir, Alex Wagner, Tamron Hall, and Andrea Mitchell, who works as a commentator by day, and correspondent on NBC Nightly News by night.

At one point, back in 2008, the situation got so bad that, according to the Times, “Jeff Zucker, chief executive of NBC Universal, and Steve Capus, president of NBC News, considered flying to the Republican convention in Minnesota…to address the lingering tensions.”

Since then, majority ownership has transferred to Comcast Corporation, with GE still hanging on to 49% of NBC Universal. Perhaps new management decided that with Obama still in power, the nation had moved to the left, and thus the views of Matthews, Maddow and the rest are somehow mainstream.

But the question remains, will that lineup of partisan pundits dispassionately analyze comments critical of President Obama and his policies, and resist jumping to his defense? Not likely. Someone in management should step up and make the journalistically sound move, like they did in 2008, of putting less partisan newsmen, like David Gregory or Brian Williams, in the anchor chairs for this year’s election coverage.

To the extent that GE has any say, this remains a possibility. Today’s New York Post is reporting that GE’s CEO Jeffrey Immelt, a life-long Republican who has been serving as the head of President Obama’s Jobs Council and as an economic adviser, has told friends that he is privately pulling for Mitt Romney to get the Republican nomination and to defeat President Obama. According to the article, by Charles Gasparino, Immelt won’t admit it publicly, but privately he is “dismayed that, even after three years on the job, President Obama hasn’t moved to the center, but instead further left.” He says that Immelt is “appalled by everything from the president’s class-warfare to his continued belief that big government is the key to economic salvation.” GE responded by simply saying, “Mr. Immelt has not decided to support Gov. Romney.”