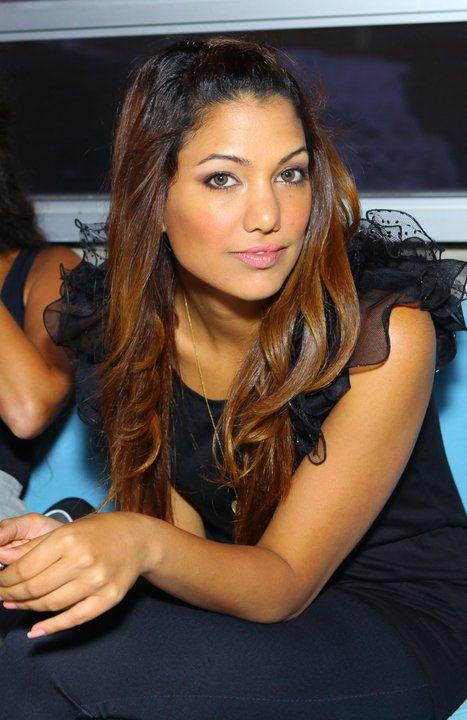 On Thursday evening, March 22nd, tension filled the air at the Student Activities Center at Rutgers University in New Brunswick, New Jersey as two Israeli reservists addressed an audience of both pro-Israel supporters and ardent Israeli detractors. The evening was called “Stand With Us’ Israeli Soldiers Stories: Real Israelis – Real Stories” was co-sponsored by Stand With Us, (a pro-Israel student advocacy organization), Rutgers Hillel and the Israel Center. Amid the din of conversation, audience members filed in to the center lounge and according to one member of Rutgers Hillel, who chose to remain anonymous, “Judging by the large number of Muslim students here, we can expect some kind of protest or walk out.”

Not using last names, the two young Israeli army reservists named Adam and Lital were introduced to the audience by Stand With Us Emerson Fellow and Rutgers Hillel Israel Chair, Raffi Mark. As an integral part of the SWU program, both Adam and Lital have crisscrossed the country, along with other reservists, speaking at a litany of high school, college and university campuses including Magen David Yeshiva High School in Brooklyn, UNC-Chapel Hill, University of South Florida, Northeastern University, Binghamton University, George Washington University and Pittsburgh University. As graduates of the Stand With Us Israeli Fellowship, Adam and Lital are part of a public diplomacy program that selects and trains 150 student leaders each year from six Israeli universities who travel abroad speaking about the Israeli-Arab conflict, giving a human face to the IDF uniform.

As he rose to the lectern, Adam, who was drafted in 2002 and has since pursued a career in the army, exhorted audience members to “stay and listen; please don’t walk out. This is a conversation and we want you to be a part of it.” At 29, Adam has studied political science and international relations at the Tel Aviv Academic College, he said he was an officer in the army intelligence corps and was dispatched to such regions as Judea and Samaria, Gaza and the Golan Heights where he coordinated government activities and civil administration. “The life of each person, whether he be Palestinian or Israeli is precious and in the army we make a clear distinction between Palestinian citizens who are just living everyday lives and the enemy we are fighting which is Hamas, Hezbollah and Islamic Jihad, among others,” declared Adam.

Referencing his role as providing humanitarian aid to the Palestinians in Gaza and Judea and Samaria, Adam said, “We engage with the population there and our staff speaks fluent Arabic so we may enhance our level of communication. We create and sustain liaisons with the Palestinian police and those in charge of the education and health departments.”

Lamenting the fact that during the 2009 war in Gaza, “Hamas hijacked medical supplies entering Gaza from Israel,” Adam said that Hamas “sold them to the black market and never distributed them amongst the Palestinians who were in need of them.”

At this juncture in Adam’s address, several dozen Muslim students, many wearing the traditional hijab and kaffiyah, stood up in unison in a silent protest. Placing red duct tape over their mouths, the protestors held aloft signs condemning “Israeli war crimes” as they opened their jackets to show placards pasted to their shirts with the names of Palestinian children who were purportedly killed in the “West Bank and Gaza” by Israeli forces. Each placard had the child’s age with the word, “Silenced” in bold lettering. Standing stoically at the podium, Adam appeared relaxed as he once again reminded his audience that their invitation to stay and ask questions was still open. Audience members then took their seats.

Concluding his presentation by speaking of the fact that every day hundreds of rockets are launched by Hamas in Gaza at such Israeli cities and towns as Sderot, Ashkelon and Ashdod, Adam said that it is “difficult to find a partner for peace when Palestinian children are educated with a visceral hatred for Israelis, but we are still willing to compromise.” He recalled that during the 2009 war in Gaza, the Israeli army would send text messages, make phone calls and distribute leaflets asking that Palestinians go to shelters before an impending attack. He ruefully observed that “Hamas used women and children as human shields.”

As Adam’s presentation drew to a close, the protestors staged a silent walk-out. With tongue in cheek, emcee Raffi Mark quipped that, “We understand that some of us must rush back and study for mid-terms.”

“We are still fighting a war of independence,” said Lital as she opened her remarks. Now a journalist for various Israeli newspapers and magazines, Lital was born in Ashdod and served as a combat soldier in the Border Police Unit of the IDF; a most unusual duty for a woman. Having manned checkpoints throughout Judea and Samaria and Gaza, Lital says, “Israel is the size of New Jersey and suicide bombers pose a constant threat to Israeli security. I have an obligation to guard my home which is why I volunteered to be a combat soldier.”

Despite several warnings from the organizers of the event, several anti-Israel hecklers disrupted Lital’s address with shouts of, “Why didn’t you resist joining the army of the Zionist murderers?” and “Israel is gassing Palestinians.” Refusing to accept the assurances of the event coordinators that their questions would be answered at the conclusion of the presentation, their disruption continued unabated until the hecklers were led out of the student center by campus security guards and Rutgers police.

Clearly unruffled, Lital spoke of standing in the blazing sun for 5 or 6 hours at a checkpoint when an ambulance carrying a pregnant Palestinian woman who was in labor attempted to pass. After searching the ambulance, Lital says that a cache of deadly explosives were discovered. “We, in Israel want peace more than anything in the world. My mother, like anyone’s mother is constantly worried about me, but we can never achieve peace when the Palestinians are weaned on hatred for Israel.”

In a private interview subsequent to the presentation, Adam remarked that, “The saddest part of our lecture tour is that those Palestinian apologists in the audience simply do not want to listen and to engage in an open dialogue with us. The university campus has been a raging hotbed of anti-Israel hatred and students who support Israel must really become pro-active. Tonight we saw way more anti-Israel protestors than at any other campus and that speaks volumes.”