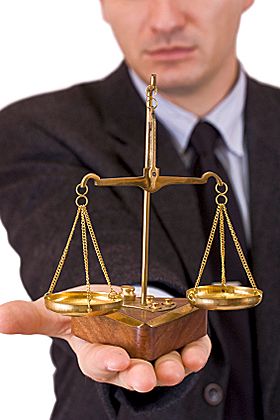 Suing major corporations in hopes of making big bucks is a popular game in this society. However, many people get overly creative with their claims, creating lawsuits over laughable causes. Most of these cases get thrown out. But if a business is truly concerned about the fees associated with a frivolous lawsuit, business liability insurance can be helpful. Below are among the most bizarre and absurd lawsuits placed against major corporations.

Perhaps the most famous “frivolous” lawsuit, Liebeck v. McDonald’s is a case in which 80-year-old Stella Liebeck spilled a McDonald’s coffee in her lap, causing third-degree burns on her legs, lap, and groin area. After she filed the lawsuit, many people criticized her without hearing the full story. After all, coffee is supposed to be hot. In reality, McDonalds has had over 700 complaints filed concerning the scalding temperatures of its coffee, which is served between 180 and 190 degrees for “optimum flavor.” To put that in perspective, coffee at most restaurants is served at around 140 degrees. Liebeck tried to solicit McDonald’s for a mere $800 to cover the skin grafts required for her injuries, but McDonald’s refused. Ultimately, the jury settled, awarding Liebeck $2.7 million.

Richard Overton sued Anheuser-Busch for false advertising when drinking a six-pack of Bud Light failed to produce visions of beautiful women on a balmy beach. He sought damages for $10,000, claiming that this deceptive marketing caused him emotional and psychological distress. In other words, Overton was mad that drinking beer didn’t equal hot beach babes. The case was dropped, of course. Hopefully Overton learned a lesson or two about the difference between fantasy and reality. In reality, drinking excessive amounts of Bud Light will only give you a sizable beer gut and a noticeable repellent towards bikini-clad women.

The parents of Karen Norman sued Honda when their daughter died from not being able to escape from her Civic after backing into Galveston Bay. At first, the case sounds somewhat legitimate, until you learn the rest of the facts. For example, the Normans sued Honda because their daughter was unable to hit the emergency release button on the seatbelt. However, she failed to hit the button most likely because she had a blood-alcohol level of 0.17 and shouldn’t have been driving in the first place. The incident happened at 2 a.m. with passenger Josel Woods in the passenger seat. Woods was able to swim to safety. Here’s the kicker: the jury actually awarded the parents with just 25% of the damages considered contributorily negligent. Thus, the Normans basically sued and won against Honda in spite of their daughter’s obvious irresponsibility for driving under the influence.

Austin Aitken sued NBC for $2.5 million after a particularly grotesque challenge on Fear Factor allegedly made him vomit and run into a wall. According to Aitken, he was a regular watcher of the show and nothing had previously caused such a reaction until he witnessed contestants competing in a rat-eating challenge. In the show, the rats had been processed in a blender and then served to the contestants, which Aitken claimed caused his blood pressure to rise so much he became disoriented and was unable to see the door on his way to the other room. Aitken claimed that the $2.5 million was an arbitrary amount and that he simply wanted to send networks a message that shows have become too graphic. The judge ultimately threw the suit out, which makes sense. If you don’t want to watch something specific on TV, changing the channel is an effective means of escape.

Fifty-seven-year-old Cleanthi Peters filed a suit against Universal Studios for $15,000 because she claimed the annual Halloween Horror Nights haunted house was too scary. After visiting with her 10-year-old granddaughter in 1998, she claimed the haunted house caused her emotional distress. While exiting the haunted house, she was supposedly chased down by a chainsaw-wielding Leatherface (from the movie Texas Chainsaw Massacre), causing her to trip and fall. She claims that the haunted house actor then brandished the weapon over her in a traumatic way. So traumatic, in fact, that it can only be relieved with several grand. Maybe she didn’t realize that haunted houses are supposed to be frightening in nature? If you can’t handle the flames, stay out of the fire.

A man by the name of Dalton Chiscolm is suing Bank of America for “1,784 BILLION, TRILLION Dollars”, which, coincidentally, is a larger amount than the planet’s gross domestic product. Apparently, his reason for suing the corporation arose from several frustrating phone calls he made to settle some incorrectly deposited checks. The case was thrown out, mainly because there was no federal cause of action for the lawsuit. Along with the absurd amount, Chiscolm asked that the money be deposited into his account the following day with an additional $200,164,000 for his troubles.

Lauren Rosenberg decided to sue Google for an excess of $100,000 in 2009 when Google Maps advised her to walk on the freeway to get to her destination, causing her to get hit by a car. She also sued the driver of the car. Apparently, the directions took Rosenberg onto Utah State Route 224, a busy freeway without sidewalks. Nonetheless, she meandered along the edge of the road, trusting an electronic device over her apparently missing common sense. Google maps does its best to give users an estimation on directions, but sometimes it gets them wrong, as most computerized programs are bound to do from time to time. Without accurate information of routes in a specific area, Google can only do so much to ensure you get to your destination without being pummeled down by a car. Rosenberg claims that Google should have used its Street View feature to deduce the lack of safety in walking in the area. Perhaps she should have used her own eyeballs, too.

David Roller filed a $2 million lawsuit against magician David Blaine and another $50 million lawsuit against David Copperfield because he claims the two men “stole [his] Godly powers.” According to Roller, the magicians used witchcraft to extort his powers. The underlying message here is that Roller, in his “godliness,” has any powers to begin with. As if we need any more proof that Roller is a nutcase, navigating to his personal website uncovers messages from him in which he stated his belief that Bill Gates would be running against him in the 2008 presidential election.

Dan Shannon and Jay Kelly, two PETA members, were leaving an anti-hunting campaign when their Honda Civic was struck by a deer bounding across the road. As a result of the ensuing damage done to the vehicle, they decided to sue the Division of Fish and Wildlife in the New Jersey area. How does this make sense? According to PETA, the deer incident occurred because of the recent deer management program, which stipulated that the Division of Fish and Wildlife increase the deer population so that there will be more available for hunting season. PETA goes on to claim that deer are running across freeways willy-nilly to escape the bloodshed all around them. As usual, PETA is being overly dramatic about animals which, in excess, can cause a real problem. As expected, they are simply trying to find a way to make their own deer-murdering someone else’s fault.

Kellogg sued Exxon Mobile, claiming that the Exxon tiger looked too similar to Kellogg’s Frosted Flakes spokesperson Tony the Tiger. Even though both tigers have been emblematic of their respective brands for more than 30 years, Kellogg for some reason felt threatened by the Exxon tiger, concerned that children would mistake the gas station cat for the beloved beast on their cereal box. The matter of trademarking is understandable. However, the fact that Kellogg waited so long to pursue the lawsuit sort of strips them of all credibility.

One thought on “10 Ridiculously Frivolous Lawsuits Against Big Businesses”