Today, let’s talk about the Zimmerman case and review the CCW general rule of thumb protocol for self defense.

We all know by now how the lamestream media is hyping all this up and the usual band of race baiters are scrambling about as well. Now the black Nazi Party is going around being the Jack booted goon squad that they are in real life (Dr. Martin Luther King Jr. never supported or condoned these jerks).

I am going to look at this from the little I know and point out all the mistakes Zimmerman made in this case without emotion or anger.

As a CCW holder, Zimmerman had a responsibility to think and weigh all his options. Such as: How can I avoid the violence? Is there a way out or an exit plan? I don’t need to be the hero, he is only a kid. Was this guy an armed threat to me or others?

With all of these concerns taken into account, Zimmerman might have made a better judgment call and avoided the legal and more than likely civil lawsuits in his future.

From the bits and pieces of the 911 call made, it sounds like he was told not to follow or chase Trayvon. As part of a watch program, most organizations mandate that you only observe and report.

A CCW is, and I repeat is, a thinking man’s responsibility and should never be used in anger or with a hero complex. That will just bring you loads of trouble.

I am a gun owner myself and I support CCW programs for self defense of your person, your family and others. But to squeeze that trigger is the very last option and should only be done as a last resort.

In Tom Wolfe’s bestselling novel “Bonfire of the Vanities,” a liberal New York prosecutor who yearned for a “Great White Defendant” got his wish when a wealthy stockbroker named Sherman McCoy ran over a black teenager in a case of questionable self-defense. The prosecutor, left-wing racial activists and a sensationalist media fed off each other, leading to a state of pure hysteria where the facts were all swept aside.

Wolfe wrote “Bonfire” in the wake of the Tawana Brawley and Bernie Goetz affairs, and it seemed prescient during the hysterics brought against Dominique Strauss-Kahn and three members of Duke’s lacrosse team. While the prosecutors in the Zimmerman case are — if anything — under-zealous, the media and left-wing racial activists are setting up George Zimmerman, a neighborhood watch volunteer who killed a black teenager named Trayvon Martin, as a “Great White Defendant.”

To briefly recap the case: In February, Zimmerman encountered Martin walking through Zimmerman’s Sanford, Florida neighborhood. Zimmerman believed (rightly or wrongly) that Martin appeared suspicious and called the police. He followed Martin and a dispute arose that culminated in Zimmerman shooting an unarmed Martin. A witness told the police that Zimmerman was on the ground and screaming for help when he shot the teenager. When the police found Zimmerman, he had a broken nose and wounds on the back of his head.

Because it’s unclear exactly what occurred in the skirmish, the Sanford Police did not immediately press charges against Zimmerman, though they did not fully exonerate him either. State prosecutors will convene a grand jury investigation to determine whether to charge Zimmerman on April 10.

Ever eager to exploit tragedies, Al Sharpton, the NAACP and the usual grievance-mongers have descended on Florida. Louis Farrakhan has tweeted “No Justice, No Peace” and demanded “retaliation,” one way or the other. The New Black Panther Party has issued a bounty on Zimmerman’s head, and Spike Lee has tweeted Zimmerman’s home address.

MSNBC’s Karen Finney went further, accusing Rush Limbaugh, Newt Gingrich, Mitt Romney and Rick Santorum of “reinforce[ing] and validat[ing] old stereotypes that associate the poor and welfare as criminal behavior with African Americans and people of color. … In the case of Trayvon, those festering stereotypes had lethal consequences.”

Then, in order to rally his base, President Obama decided to inject himself into the controversy by calling for national “soul searching.”

There are over 14,000 murders in the United States every year. All of these deaths are tragic, so why is Martin’s death dominating the headlines and getting a comment from the president of the United States? Because liberals think Martin’s killing fits their narrative of a racist America. In their minds, a black teenager who was walking through a white neighborhood was racially profiled by a white vigilante who killed him, and the white criminal justice system is too racist to be concerned.

But George Zimmerman is no Sherman McCoy. For starters, he is not white. After being almost exclusively described as “white” in the media, his father wrote a letter to The Orlando Sentinel describing his son as a “Spanish speaking minority with many black family members and friends.”

Despite the fact that the community is gated, the Retreat at Twin Lakes is far from a bastion of white privilege. According to The Miami Herald, “Census figures report that the neighborhood is actually only 49% white, while it is 23% Hispanic, 20% African American and 5% Asian.” The Orlando real estate site Real Estate Wall lists the neighborhood’s housing prices as ranging from $70,000 to $120,000.

But these inconvenient facts haven’t stopped liberals and the media from continuing to push their narrative of racial strife. The other day, NBC Latino contributor Stephen A. Nuño argued that even when a Hispanic kills a black person, the problem is white racism. He said that Zimmerman’s ethnicity is “inconsequential to the problem we face,” which he described as “a country whose gears are oiled by white privilege.” Yet if whites are so privileged in this country, why do Zimmerman’s family members and lawyers go out of their way to insist he is not white?

Reuters, The New York Times and hundreds of other news outlets now call Zimmerman a “white Hispanic,” a term that they have rarely, if ever, used before. The media would never refer to Barack Obama as a “white African American” or something along those lines. As Robert VerBruggen noted in National Review, “If a plain-vanilla white guy shot Zimmerman, he’d be considered just ‘Hispanic.’”

Call me old-fashioned, but I want a colorblind justice system. If the evidence does eventually show that Zimmerman was not justified in killing Martin, he should be punished to the full extent of the law, regardless of whether he is Hispanic or white. Unfortunately, if the media’s campaign of misinformation continues, it’s hard to see how the truth will ever come out. 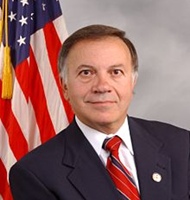