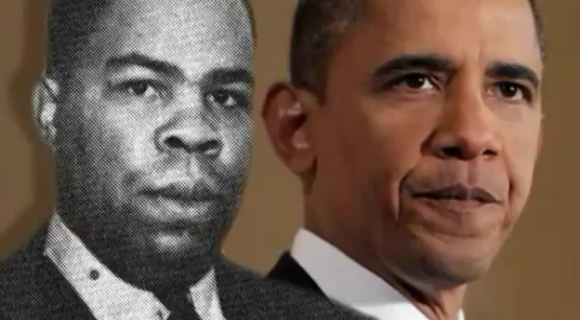 A former close friend and associate of Frank Marshall Davis has authored a book confirming his Communist activities, anti-Christian views, and involvement in bizarre sex practices and “erotica.” But Kathryn Waddell Takara’s book, Frank Marshall Davis. The Fire and the Phoenix, fails to add any more detail to the nature of his relationship with President Obama.

It has been known for over four years that Davis, a member of the Communist Party, was the mysterious “Frank” from Obama’s book, Dreams from My Father, and that he influenced the young Obama before he went off to college. Davis was Obama’s mentor for eight years of his young life in Hawaii.

Takara, a former associate professor at the University of Hawaii at Manoa, is one of those who confirmed four years ago that “Frank” was indeed Frank Marshall Davis. She says she first met Davis in 1972. He died in 1987.

The original identification of Frank Marshall Davis was discovered by blogger Trevor Loudon in a speech by a writer for a Communist Party publication.

Interestingly, a former United Nations official is quoted on the back cover of Takara’s book as saying, “…the reader may well find parallels between Takara’s portrayal of Davis’s struggle for identity in the 1930’s and 40’s and that of President Barack Obama as revealed in his book, Dreams from My Father…”

Despite his bitterness for the United States and support for the Soviet Union, Davis had many opportunities in the U.S. and attended college, where he studied journalism. However, he used his writing talents to function mostly as a writer and propagandist for Communist Party newspapers in Chicago and Hawaii. He also wrote “poetry” for the communist cause.

Takara’s book, published in March of this year, seems like an attempt to capitalize on Davis’s notoriety without spilling any more secrets about his relationship to a young Barack Obama during the latter’s growing-up years in Hawaii. It appears that Takara owns the publishing house, Pacific Raven Press.

She is a radical herself, having written such “freedom poems” as “Mumia Abu Jamal: Knight for Justice,” honoring the cop-killer, and “Angela Davis,” paying tribute to the former Communist Party vice presidential candidate.

Without naming Obama in her book, she refers to Davis attracting “a great variety of people” to his home, including “young radicals” and even “revolutionaries.”

But while she fails to explore the Davis-Obama relationship, what she confirms or discloses about Davis provides more reason to question his influence over the future U.S. President.

Davis, Takara confirms, was an atheist whose writing and poetry were geared toward discrediting Christianity. Davis in fact became “anti-Christian,” she says, and wrote a poem speaking of Christ irreverently as a “nigger.”

We had covered this facet of Davis’s writing back in 2008, noting that one Davis poem, “Christ is a Dixie Nigger,” dismisses Christ as “another New White Hope.” Takara says Davis and others used writing “to attack and expose white America” and that their articles and poems about Christianity were “mocking and blasphemous.”

According to the book, Davis, who was black, told her that he left the Christian church because, “It seemed the more I prayed, the more it seemed like God was white and created the world for whites.” Even though he married a white woman, he told Obama that blacks had a “reason to hate” whites.

On the matter of involvement in the Communist Party, which Davis refused to talk about before a congressional committee, Takara writes, “…it seems that Frank did join the [Communist] party for a short time, although on other occasions he strongly denied it.” In other words, he lied about his membership in the party.

Evidence shows that Davis was under FBI surveillance for 19 years because of his communist activities. Takara pretends not to be familiar with the facts that have been developed over the last several years, as revealed in his 600-page FBI file, although she does admit that the FBI “kept an eye on Davis” after he moved from Chicago to Hawaii.

The Sex Rebel book refers to the couple Bob and Doris and their sexual activities. “She does not mind sharing Bob with other African American women and men, but she prefers to be present, responsible, and in control for providing pleasure and variety to her husband,” Takara notes.

She writes that Davis was “bold and courageous to write about another taboo subject, lesbians, before the women’s movement.”

She confirms that his interest in photography included taking photos of nude women, and that Davis believed “that many white women and men both secretly and openly harbored desires to have sexual contact with an educated and large African-American man.”

Obama’s book refers to “Frank” being a drinker and offering advice on various matters, including race relations and college, but makes no references to his sexual lifestyle. Obama, however, has become known as the “Gay President” because of his promotion of alternative lifestyles, including homosexuality in the military.

Takara says that she wrote her book “because I knew and respected Frank Davis and because I believe that he and his work deserve widespread dissemination.” But she apparently does not believe that the Davis relationship with Obama should be more widely publicized or scrutinized.

The members of the liberal media agree with the need to cover these things up, as demonstrated by Washington Post columnist Dana Milbank’s recent article attacking those investigating the Obama-Davis relationship and dismissing Davis as merely an “author” without any controversial connections of any kind. 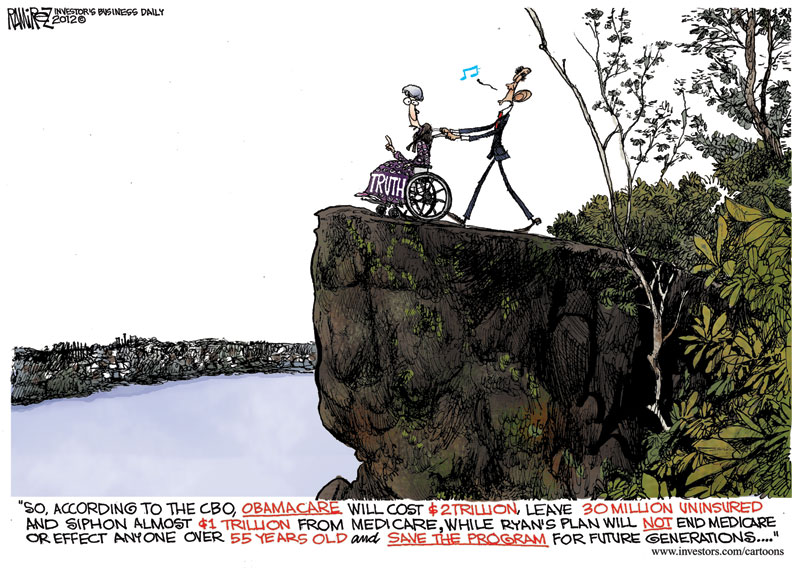 Clearly, the ‘position’ of the horse and cart are irrelevant, as ‘Operation Election Theft’ involves a ‘massively-parallel’ tactical architecture, which is being implemented simultaneously across the nation by Team Obama.

On the one had is President Obama’s failure to uphold his oath of office to … “defend the Constitution of the United States,” by using a most-likely illegal Executive Order to circumvent Congress’ rejection of the Democrat’s ‘DREAM Act’ legislation–now known as ‘Obama’s DREAM Act.’

And today the game began, with young illegal immigrants are lining up by the thousands at consulates across the country to take advantage of the Obama administration program allowing them to apply for a two-year reprieve from deportation, according to Catherine Herridge’s FOXNews article today.

Incredibly, 1.8 million undocumented immigrants could be eligible for the program, which requires applicants can fill out a six-page form, pay a $465 fee and submit documents proving their identity in order to qualify.

However, although immigration officials say the documents will be closely scrutinized–given the potential for fraud–as expected, there is no uniform standard. Lines began forming yesterday, as illegal immigrants tried to get a leg up in seeking their ‘passport applications.’

The crowds Tuesday and Wednesday are the most visible demonstration to date of how many people are interested in applying for Barack Obama’s new reprieve program named “Deferred Action for Childhood Arrivals.”

Applicant Kristi Alarcon, who was waiting in line outside Houston’s Mexican consulate, capsulized the real ‘intent’ for Team Obama to make this [also probably unconstitutional] program a pre-election priority…

“We are waiting for our passports. We want to get our passport, because Obama might be asking for them.”

And across the country, in the City of Angels, advocates were holding workshops to ‘teach’ illegal immigrants how to apply under the program, whose requirements are not that stringent, and interestingly ‘capture’ the requirements for being an eligible voter–must have a high school diploma or GED, or be a military veteran, and can’t have a felony record.

Therefore, so long as they don’t have to prove U.S. citizenship to get a government-issued photo ID card for voting, and the fact that the program only provides applicants with ‘protection’ for two years, would compel them to answer ‘Obama’s call’ (as Ms. Alarcon put it above), and ‘vote’ in unrestricted droves for Barack Obama and Democrats in the November elections–especially in heavily Hispanic swing states like Florida, Colorado and…

Pennsylvania, where today, Commonwealth Court Judge Robert Simpson said he wouldn’t grant an injunction that would have halted the law requiring each voter to show a valid photo ID–which Democrats say will suppress votes among President Barack Obama’s supporters, according to an Associated Press article in FOXNews today.

The Republican-penned law that passed without a single Democrat vote, has ignited a furious debate over voting rights as Pennsylvania is poised to play a key role in deciding the presidential contest in November.

From a practical standpoint Democrat’s claim is pure hyperbole.

First, the elderly already require photo ID to sign up for Medicare and to cash Social Security checks—or even open the bank account into which they are deposited.

Second, the ‘poor’ already had to produce a photo ID (and proof of citizenship) to register for welfare benefits and food stamps.

Finally, if there is a college student in this country who is a U.S. citizen and cannot produce valid U.S. birth certificate from just 18 years ago, then the origin of their Social Security number needs to be investigated–which has the ‘dual purpose’ of being their “Student ID Number.”

Witold J. Walczak, an American Civil Liberties Union lawyer who helped argue the case for the plaintiffs, responded to the news with uninformed impotence…

We’re not done, it’s not over … It’s why they make appeals courts.

Unfortunately for Walczak and the Democrats, this gambit is over–because it would require four of the six Pennsylvania Supreme Court justices to overturn Judge Simpson’s ruling–which is not very likely as the court is now evenly split between Democrats and Republicans.

Plaintiff’s attorneys also argued that some voters won’t know about the law until they get to the polls, where long waits would result as election workers struggle to carry out ‘a complicated and unnecessary law,’ amid the traditionally larger turnout in presidential elections.

Lawyers from the attorney general’s office, parried that argument by pointing out the state will begin issuing a special photo ID card for registered voters, who are unable to get a Penn DOT-issued ID and lack any other photo ID that is acceptable under the law, such as a passport or active-duty military ID.

They also said the state is rolling out a public relations campaign to make [people] aware of the law.

In the end, Democrats can solve this voter photo ID problem by ‘dual-tasking’ the very same communication system and [campaign-funded] buses they have organized to pick these people up on election day, wherein they tutor them how to vote [the Democrat ticket], while feeding them lunch on the way to their polling places.

Obviously, the scurrilous words and deeds of Barack Obama and the Democrats reveal that it must be mandatory, at every polling place in the nation, to require proof of citizenship and residency for voter registration, and require a [current] photo ID to receive a voting ballot on Election Day, in order to maintain the integrity of the electoral process.