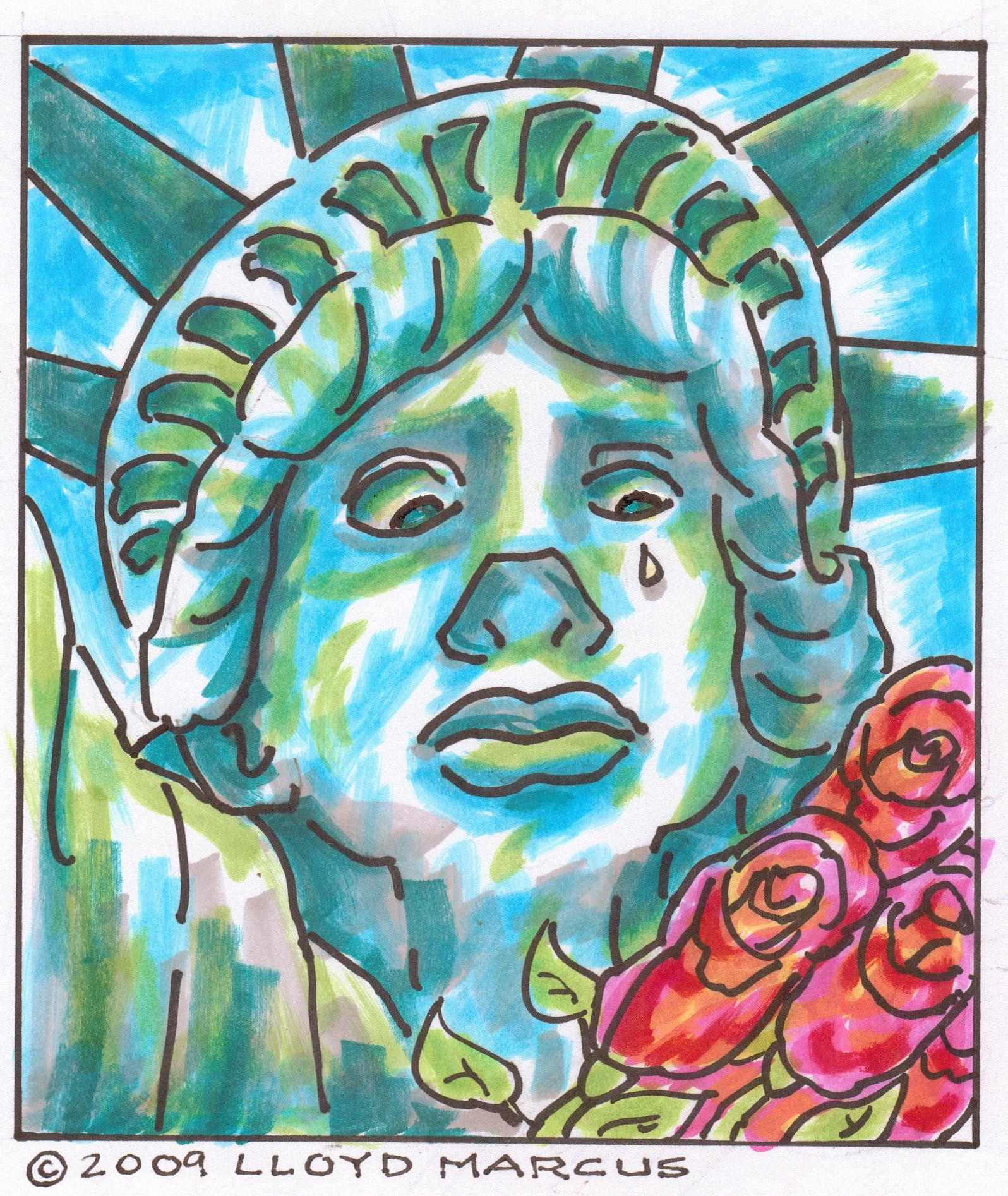 These three kids wanted to run for the tall grass. It was the early 90’s at the U.S. Citizenship Ceremony in Maryland. Around 1500 people filled the hall comprised of citizenship applicants, supportive family and friends.

I was backstage with a trio of extremely nervous and intimidated teenagers who were scheduled to sing our National Anthem. These kids had never performed for such a large audience.

I had been the grand finale of the ceremony for years, performing my original song, “Celebrate America” after applicants took their oath of allegiance. I took great pride that my song was the first song thousands heard as official Americans.

When the MC introduced the trio from so-and-so junior high school, the kids were visibly shaking. They began the anthem fine, but one got nervous and stopped singing which threw off the other two and they stopped singing as well. The trio stood in silence.

I walked from backstage and joined the kids center stage. I told the audience that these kids were symbolic of what it really means to be an American and the great family they would soon become a part of. I shared that the kids were very frightened because the event was much larger than they expected. They could have backed down and refused to perform. But despite their fear, these kids found the courage to face the difficult challenge, keep their word and give it a try. This is the American Way.

Together, the trio and I sang the National Anthem. The audience gave us a standing ovation.

Performing my song at U.S. Citizenship Ceremonies rewarded me an opportunity to chat with brand new “proud” Americans. They understood the sacrifice and divine blessing required to make this extraordinarily unique experiment called “America” a thriving reality. They gleefully desired to assimilate into our culture.

Some applicants were extremely old in wheelchairs; their raised right hand assisted by a family member as they tearfully recited their oath of allegiance.

As the sacred sound of the applicants reciting their oath of allegiance, in unison, came to an end, the hall always erupted in cheers and applause. These jubilant people of various races from numerous countries were officially Americans! They respected our laws, followed the rules and were awarded the precious gift of U.S. Citizenship.

With a stroke of his executive pen, Obama awarded amnesty to illegals, pushing them to the head of the line, in front of applicants who are following the legal process to become U.S. citizens. Obama is disrespecting the efforts of those seeking citizenship legally and the value of what it means to become an American. http://www.theconservativereview.com/2012/08/15/obama-amnesty-for-illegals-in-effect-today-tens-of-thousands-line-up/

And yes, there is a dramatically different mindset between those I witnessed at the ceremonies who earned their precious U.S. Citizenship versus those who got it for free because Obama seeks to purchase Hispanic votes.

Many illegals given instant free citizenship by Obama could not care less about assimilating into our society. They refuse to learn English and have little or no respect for our flag. America is simply the place the go for freebies while still proudly waving their Mexican flag.

Meanwhile, American kids are banned from wearing clothing which features the U.S. flag to school on Cinco de Mayo, a Mexican holiday. http://nation.foxnews.com/american-flag/2011/11/10/judge-school-can-ban-american-flag-shirts The song “God Bless The USA (Proud to be an American)” is banned from public school deemed potentially offensive to other cultures. http://radio.foxnews.com/toddstarnes/top-stories/principal-who-banned-god-bless-the-usa-refuses-to-meet-with-congressman.html

Illegals given free citizenship from Obama join the socialists/progressives in their “what’s-the-big-deal-about-being-an-American” attitude.

So illegals who are clueless as to what it truly means to be an American and have no emotional connection to our amazing country enjoy benefits not even available to legal U.S. Citizens. For example: Thanks to Obama, illegals from outside any given state can get in-state tuition while U.S. Citizens can not.

Even more painful, Obama continues to lower the bar of what it means to be an American.

Obama’s speeches and actions imply that he would like to rewrite the words at the base of our Statue of Liberty to read: Bring me your lazy, entitlement-minded, class envious, haters of achievement, those who pervert God’s original intent, baby killers and deadbeats. I offer America to you with open arms.

The value and worth of U.S. Citizenship is yet another item on a growing list of sacred laws (The Constitution), freedoms and principles Obama has sacrificed on the socialist/progressive alter of evil to purchase four more years; needed to complete his vowed fundamental transformation of America. God help us.