The article below, “South Africa: Only a Matter of Time Before the Bomb Explodes,” was written by Moeletsi Mbeki, the brother of the former Post-Apartheid President of South Africa, Thabo Mbeki, and son of an African National Congress (ANC) leader. Read my commentary below in light of this article and its author. If you still can’t buy the message after that, then I must conclude your mind is fatally shut!

South Africa is going the way of Zimbabwe, an outcome I predicted in 1994. This is not rocket science, or the result of some supernatural foresight. It always happens when a communist-led insurgency takes over a country, any country. Communism facilitates the enrichment of its top leaders at the expense of everyone else. That is and always has been its true purpose. Ideology delivers the rationale and the ideologically motivated foot-soldiers (who do most of the dirty work but rarely benefit). The end result is always repression and extreme economic hardship, while the Kleptocrats pillage and steal. If you don’t know that the ANC and its leader, Nelson Mandela were communists, you need to bone up.

This is happening here as well, in case you didn’t notice, although they market it with sugar-coated names like “Economic Stimulus” and “Bailout.” As long as there is an electorate to answer to, they have to. In 2009, a prominent economist was interviewed on CNBC. He characterized Obama’s economic policies as “Zimbabwe Economics.” Here is the interview: (at youtube.com). That is what we have, and we can think of Zimbabwe as the canary in the coal mine. Our country needs to reverse course while we still have the option. 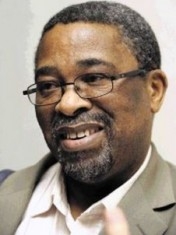 Two excerpts follow, but the entire article is advised:

“South Africa: Only a Matter of Time Before the Bomb Explodes.”

I can predict when SA’s “Tunisia Day” will arrive. Tunisia Day is when the masses rise against the powers that be, as happened recently in Tunisia. The year will be 2020, give or take a couple of years. The year 2020 is when China estimates that its current minerals-intensive industrialisation phase will be concluded.

For SA, this will mean the African National Congress (ANC) government will have to cut back on social grants, which it uses to placate the black poor and to get their votes. China’s current industrialisation phase has forced up the prices of SA’s minerals, which has enabled the government to finance social welfare programmes.

The ANC inherited a flawed, complex society it barely understood; its tinkerings with it are turning it into an explosive cocktail. The ANC leaders are like a group of children playing with a hand grenade. One day one of them will figure out how to pull out the pin and everyone will be killed.

A famous African liberation movement, the National Liberation Front of Algeria, after tinkering for 30 years, pulled the grenade pin by cancelling an election in 1991 that was won by the opposition Islamic Salvation Front. In the civil war that ensued, 200000 people were killed.

The former British prime minister, Margaret Thatcher, once commented that whoever thought that the ANC could rule SA was living in Cloud Cuckoo Land. Why was Thatcher right?

A wise government would have persuaded the skilled white and Indian population to devote some of their time — even an hour a week — to train the black and coloured population to raise their skill levels.

What the ANC did instead when it came to power was to identify what its leaders and supporters wanted. It then used SA’s strengths to satisfy the short-term consumption demands of its supporters. In essence, this is what is called black economic empowerment (BEE).

BEE promotes a number of extremely negative socioeconomic trends in our country. It promotes a class of politicians dependent on big business and therefore promotes big business’s interests in the upper echelons of government. Second, BEE promotes an anti-entrepreneurial culture among the black middle class by legitimising an environment of entitlement. Third, affirmative action, a subset of BEE, promotes incompetence and corruption in the public sector by using ruling party allegiance and connections as the criteria for entry and promotion in the public service, instead of having tough public service entry examinations.