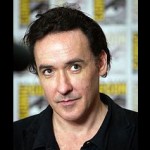 Mr. Obama, the Christian president with the Muslim-sounding name, would heed the admonitions of neither religion’s prophets about making war and do what no empire or leader, including Alexander the Great, could do: he would, he assured us “get the job done in Afghanistan.” And so we have our democratic president receiving the Nobel Peace Prize as he sends 30,000 more troops to a ten-year-old conflict in a country that’s been war-torn for 5,000 years.

Why? We’ll never fully know. Instead, we got a speech that was stone bullsh*t and an insult to the very idea of peace…

One is forced to asked the question: Is the President just another Ivy League A**hole shredding civil liberties and due process and sending people to die in some sh*thole for purely political reasons? …

Just think about the economic crisis we are in as a country. It could never happen, they said. The American middle class was rock solid. The American dream, home ownership, education, the opportunity to get a good job if you applied yourself… and on and on. Yeah, what happened to that? It’s gone.

The next question must be: “What happened to our civil liberties, to our due process, which are the foundation of any notion of real democracy?” The chickens haven’t come home to roost for the majority but the foundation has been set and the Constitution gutted.

Obama may not be able to count on Hollywood’s ‘unabridged’ support after all. If this is an example of any sort of prevailing sentiment in Tinsel Town, the support there may not be as solid as it once seemed.

One thought on “John Cusack – A Moment of Exceptional Clarity”