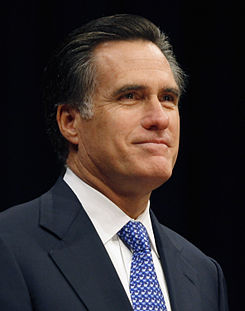 In a saner world with a far better educated group of younger citizens, saving our country from its now imminent destruction would not have been necessary. In that world far…far away, a US prudential candidate could present the logical and much better alternative to dissolution of our liberties–both economic and in every other feasible aspect–with both calm words and a quiet deportment. These are not those days and this is not that world. This world requires a fighter who can and will overcome the current Chicago Menace.

Our economy is in shambles and the very fabric of our Republic has almost been completely unraveled in a little over 4 years by a committed Marxist Community Organizer who subscribes to the teachings of the openly Luciferian Saul Alinsky and a Congress that was controlled solely by Democrats from 2007-2011. The Obama syndicate–yes, Sir, it IS a criminal enterprise–has already destroyed much of what We-the-People originally fought and many died for during the American Revolutionary War and all subsequent ones. Our fore fathers and mothers established the then-revolutionary documents the Declaration of Independence and the US Constitution…both of which honor and acknowledge the individual’s right to live his and her lives in liberty–safe from an all-encompassing government tyranny–and to worship God.

At the recent DNC convention, we heard constant rhetoric from the speakers that would overturn what we fought for in our country’s first and founding war and all other wars since then; wars in which our blood has been shed over and over again for ourselves and others. The new Marxist Democrats had removed God and Jerusalem (aka Israel) from their platform, indicating they are now–truly–a godless Party…godless, except for Lucifer. When God and Jerusalem were “reinstated” protests against it were loud and the final vote to do so went against the bulk of those Democrat delegates shouting from the convention floor.

Sir, you must begin now–today–acknowledging the great jeopardy that we are currently in under the Obama syndicate. You can no longer tread lightly lest you offend the dictator. Yes, he is a dictator and will fully and officially establish that dictatorship if he manages to pull off a second term.

Obama is now almost daily issuing one Executive Order” after another in an attempt to supplant what’s left of the US Constitution with “ObamaLaw.“ A second term of Obama will bring a darkness upon our country and its people that they have never before experienced and will bring about the end of the United States of America.

You must, Sir, begin showing us that we are not the only ones who recognize the horrible situation we are in. We are willing to fight but, we need and require a true leader. You must begin to address the real problems with passion and then deliver it to the American people in order to let them know that you are well aware of what’s at stake.

We cannot withstand another John McCain non-campaign any more than we can another 4 years of Obama.

Governor Romney, we are looking for a leader–a leader who is strong and who believes as strongly in our country as do we. Please, if not for yours and you family’s sake, do it for We-the-People and our country’s sake. Otherwise, we will not survive…at all.

Democrats Reinstate ‘God-Given’ And Jerusalem As Israel’s Capital To Party Platform:
at youtube.com and below