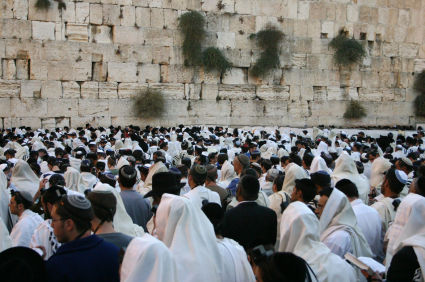 This week’s contest is dedicated to the spirit of true atonement and redemption for all men and women of good will. For those of you whom celebrate that virtue tonight, gmar hatima tovah.

This week, Right Truth, Ask Marion, The Pirates Cove and Against All Enemies took advantage of my generous offer of link whorage and earned honorable mention status with some great articles they sent in.

Simply head over to Joshuapundit and post the title and a link to the piece you want considered along with an e-mail address (which won’t be published) in the comments section no later than Monday 6 PM PST in order to be considered for our honorable mention category. Then just return the favor by creating a post on your site linking to the Watcher’s Council contest for the week when it appears Wednesday morning.

On a beautiful September Sunday afternoon, not far from the scene of the infamous Islamic jihad attack in lower Manhattan, Democrat New York State Senator Tony Avello came face-to-face with Muslim hatred for America and he did something that few people have the courage to do. He got up from his seat as a VIP Marshall of the 27th annual New York Muslim Parade and stormed off the stage in disgust! Over one thousand Muslims in the audience and the large group of Muslim community leaders were shocked that the Senator would walk off the stage, even before it was his turn to speak. But, Tony Avella had enough of the blatant tirade of hate against America by “moderate” Muslim dignitary after by “moderate” Muslim dignitary and his love for America was more important than embarrassing a group of Muslim “wolves in sheep’s clothing.” Sure, the Muslim cultural jihadi’s had the first amendment right to condemn America (which they could never do in their home countries) but Senator Avella had the right to exit, stage left!! Our hats are off to Senator Avella for taking a very public stand on a critically important issue. But a word of warning to the good Senator. The “wolves” will work their magic to lure you back into their den. If they succeed, your stand on principle for this great country, was for naught.

HOUSTON, TX. September 25, 2012― True The Vote (TTV), the nonpartisan election integrity organization, today released preliminary research findings that already show evidence of 31 cases of absentee ballot fraud in New York and Florida. The Office of Florida Secretary of State, the New York State Board of Elections and the U.S. Department of Justice were formally notified of ballots cast simultaneously in both states for federal elections.

“This is just the tip of the iceberg,” True The Vote President, Catherine Engelbrecht said. “This is further evidence of just how susceptible our election system is to voter fraud. Earlier this year, Pew Research found more than 2.75 million people nationwide are registered to vote in more than one state. These early findings put a name, face and potential motivation behind that startling statistic. True The Vote calls on Florida, New York and federal officials to investigate and confirm our citizen research.”

True The Vote began the process of identifying potential absentee voter fraud by accessing Florida’s complete voter registration roll and cross-referencing it against 10 percent of New York’s comprehensive list. Preliminary audits indicated more than one million Florida voters claimed New York mailing addresses. Over 1,700 people were found with voter registrations in both states. Today 31 voters were turned over to state and federal election authorities after being matched based on full name, birth date, reciprocal mailing addresses and voting history demonstrating ballots cast in both states during the same federal election cycle.

In each case, federal and state laws were potentially violated as a result of these activities. Both New York and Florida require voters to cast ballots corresponding with their permanent residential addresses. Federal law, specifically 42 U.S.C. § 1973i(e) clearly states that voters cannot cast more than one ballot in the same election.

“This should serve as a warning to any individual considering committing voter fraud in this year’s election,” Engelbrecht said. “True The Vote enjoys cooperative relationships with these states and many more. These findings are only the beginning of our effort. As today is National Voter Registration Day, it’s important to remember that no candidate or cause is worth a felony conviction.”

It certainly does not belong to the radical Islamists. We will never submit.

Read more at The Shark’s Tank…