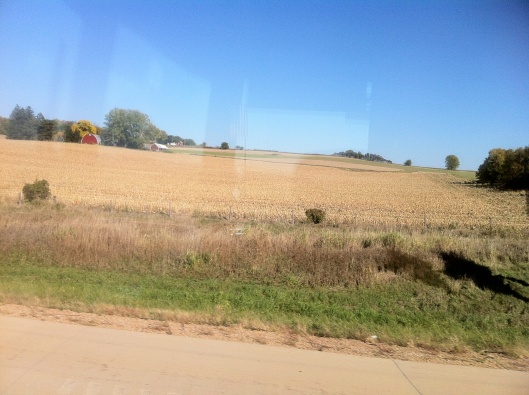 We are finally on the road today, after weeks and weeks of planning and anticipation, traveling first along Wisconsin’s Rte 39 heading north on our way from Janesville to Eau Claire. We’re almost into Madison, and the fall colors are vibrant, the more so as we travel north.

We’re on the first leg of a nearly six week long journey that will take us through America to encourage fellow citizens to help us defeat Obama in the upcoming election. We named our tour “REBUILD AMERICA – DEFEAT OBAMA” and our slogan is “Yes, We Did Build It”. We’re taking that message to everyone we can in the shortening window of now just 38 days until the election. 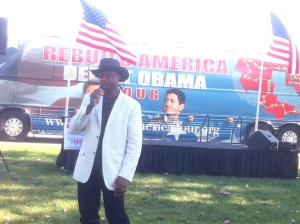 Our first rally took place at Traxler Park in Janesville. Diana Nagy and Lloyd Marcus performed patriotic tunes in front of flags that waved in the autumn breeze. Selena Owens spoke about the so-called “war on women”, assuring folks that it was just another Leftist construct. I told folks sitting at picnic tables and on the lawn under gold leafed trees about what they can do to engage themselves directly in this battle for the heart and soul of the USA. One couple there came to the rally because they saw our buses on the highway and eagerly followed us to the park. 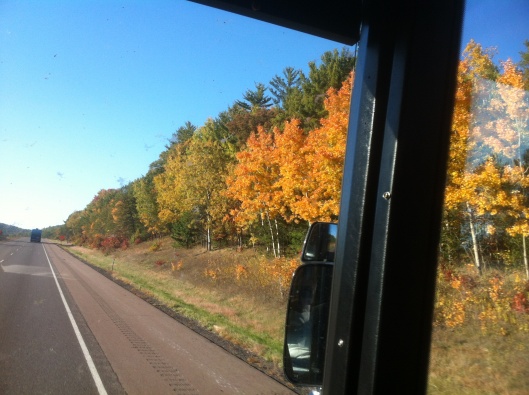 So now, the expanses of farmland stretch out ahead and beside us, the harvest already in, and miles and miles of tan-colored corn husks stand waiting to be threshed for animal feed. Wisconsin’s corn crop took a beating with this summer’s severe drought.

We left Milwaukee early this morning after loading up the buses last night with food, supplies and luggage. By the time we were through, it was late and we were exhausted. Early to bed for a 7:45 call this morning in the hotel lobby. 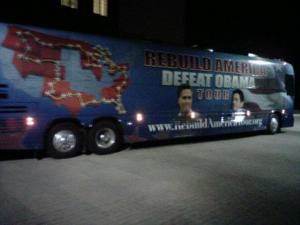 Two buses, each wrapped with our logo and images of Mitt Romney and Paul Ryan. If you had asked me a year ago would I be out there campaigning for Mitt to win, I’d have told you that was nuts. But that was yesterday… and yesterday’s gone (song?), and now it is absolutely imperative that we defeat Obama, no matter who’s the candidate. Of course, it didn’t hurt that Romney chose Paul Ryan to be his running mate. Everyone we’ve talked with has high regard for the Janesville, Wisconsin native.

So we are throwing everything we have into these last days of the 2012 election to save our country from what many of us believe is impending full-on tyranny by the Left and its puppet. To return us to fiscal sanity. To reverse course and move into another direction.

Wisconsin is a beautiful place. If you’ve never been there, you’re missing one of America’s nicest places to be. The scenery is grand, the towns are pure Americana, and the people are warm, friendly, and helpful.

Tomorrow we’ll head for Hudson and Wausau where we’ll do two more rallies, and we’re especially looking forward to being back in Wausau where we stayed several days last month to do a focus group and tape TV spots in support of this tour.

If you’re in the area, we invite you to join us — the Fall weather is perfect for a patriotic outdoor event, and we’d love to meet you.

Visit us at our website — Campaign to Defeat Obama or see our schedule on our Facebook page.

If you’re not nearby, maybe you have friends and family who are. Check our tour schedule and tell them about us. We’d love to meet them too.

Oh, and one more thing… when you come, be sure to bring a photo or color print out of something that you built — maybe it’s a business, or a house, or a family, or a project. Whatever it is, you built it. And we’ll make a billboard with your photo along with everyone else’s that reads “Yes, We did build it!” and drive it around Obama’s Chicago Campaign HQ. 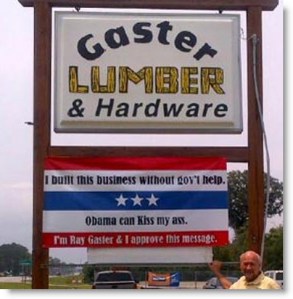