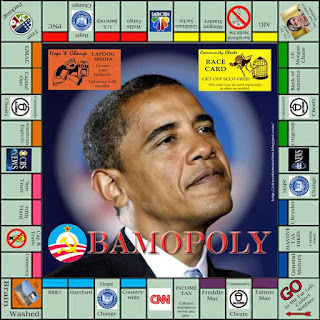 We’re right at a month before the dead come alive and cast votes for the first black president’s second term in office… you have to ask yourself, “Obama – What’s not to like about him?” Shivers run up my leg just thinking about Obama’s articulation and charisma; and he must be civilized, you never see him wearing overalls or a bandana.

Rumors of Obama being a communist are just that, rumors. A man is known by the company he keeps; just look at the folks Obama has picked to be czars. Only 31 of his czars are linked to communism; perhaps that can be overlooked, after all, Obama delivers a prepared speech from a working teleprompter better than any undocumented president ever.

That Fast & Furious mess was supposed to have been swept under the rug long ago. Why can’t that unfortunate incident simply go away? Why can’t the public forget about it like they forgot about Mary Jo Kopechne so many years ago, water under the bridge? Teddy Kennedy may not have been able to occupy the Oval Office; but folks kept electing him to hold down a Senate seat.

It was bad enough contemplating whether or not Border Patrol Agent Brian Terry was murdered with a weapon linked to an operation originated by Obama and his underlings; but now there’s further evidence being brought to light that hundreds of innocent Mexican nationals were murdered with weapons from Fast & Furious. This close to election time it might look even worse if the drive-by media can’t suppress it from the evening news.

“A new report finds dozens of weapons recovered in Mexico have been connected with the ill-fated and ill-conceived anti-gunrunning program. While some Mexican authorities estimate 300 of their citizens have been injured or killed by Fast and Furious guns, little has been known about those weapons south of the U.S. border until now.”

Even after Obama invoked Executive Privilege to keep Congress from obtaining key evidence of this scandal, it won’t go away. What’s worse, some folks aren’t buying into the White House explanation that Fast & Furious was about catching gun runners or that it was only a continuation of a previous administration’s similar program. There’s a vicious rumor, and it’s only a rumor, that the original purpose for Fast & Furious was intended to destroy the 2nd Amendment, so Americans would equate gun violence in Mexico with gun ownership here. As Rush Limbaugh explained:

“Obama wants an assault weapons ban, he can’t politically get it because it’s not popular, so he tries to effect it anyway. It’s kind of like if you’re NBC and you want to illustrate that certain trucks are dangerous. You put an explosive in a gas tank, and then you turn on the truck and remotely drive it down the road. Then you trigger the explosive remotely, the truck blows up, and you claim the truck’s dangerous. Then you get the truck off the road. But it’s only dangerous ‘cause you at NBC blew it up. NBC did that for a TV show. They blew up a truck on purpose and made the viewer think it was spontaneous combustion. NBC did it.”

Obama doesn’t want anyone to figure out that he’s lied to the American public or let us think Border Patrol Agent Brian Terry was murdered because of a failed totalitarian attempt to strip us of our 2nd Amendment right to own ‘assault type’ weapons. Obama can’t afford for the voting public to wonder whether or not taxpayer money was used to support the Muslim Brotherhood in the Middle East with weapons which might have been used in orchestrated attacks on our embassies or the murder of more American citizens to include U.S. Ambassador to Libya, J. Christopher Stevens.

Obama certainly can’t afford to have voters in the Hispanic community concern themselves too long about 300 innocent victims in Juarez, Mexico murdered by drug cartels armed with weapons Obama authorized under Fast & Furious. Things like that put a sour taste in voters mouths when election time is so close. It wouldn’t surprise me to see Obama throw Eric Holder under the bus this late in the game, take one for the team. Obama covers his tracks well, what’s not to like about the guy?

Maybe that’s why recently Obama went to Mexico on a mission of mercy to extend an open invitation for illegal aliens, change that to undocumented future residents, to enjoy the benefits of free food stamps here in these United States of America. Come on over, our taxpayers will be happy to feed y’all. Pull the lever, have another free taco, that’s our way of getting out the vote.

What’s not to like about a president who not only promises free stuff, but delivers on those promises? I wonder, will the illegal aliens, sorry, I keep forgetting, will those future undocumented residents who speak Spanish get a free cell phone along with their free food stamp card?

When I was a patrol officer writing up burglary reports on night shift I’d often try to use humor to lighten up the mood after a home owner noticed his television, stereo and coin collections had been stolen. I’d say something like, “You should be ashamed of yourself; that thief only got this little bit. You should have had a lot more stuff for him to steal; now he’s going to have to break into one of your neighbor’s homes to make up the difference so he can get enough crack for a few hours of euphoria.”

As taxpayers and citizens we should be ashamed of ourselves. Obama’s trying to do what’s best for us, what’s not to like about him?