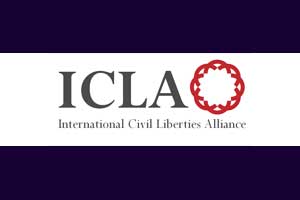 The International Civil Liberties Alliance (ICLA) held a well attended side event at the OSCE conference in Warsaw yesterday. The main focus of the event was the 2012 Brussels Process and the 2012 Brussels Declaration To Safeguard Individual Liberties and Human Rights with which regular visitors to our site will be familiar. The OSCE site includes the Declaration on its site in PDF form in both English and German.

The Brussels Process aims to:

Kamal Fahmi is a Christian activist from Sudan who is representing an NGO called “Set My People Free” at this week’s meeting. Below is a video of his presentation to the plenary at yesterday’s session in Warsaw.

Many thanks to Europe News for recording this video, and to Vlad Tepes for subtitling and uploading it:

Below is the transcribed text of Mr. Fahmi’s words:

What we are discussing today about article 18 which is freedom of thought, conscience and religion and belief.

We have to rely that as human beings, [?] and just listening to you today, we have different opinions, we have different agendas. We have different ways of thinking. And I would like the world to be like this room, where we can talk and discuss and we [have] our points of view, without killing. And to have the right to change one’s religion.

[?] It doesn’t work, we are created free. And God has given us the freedom, because he wants us to love him and without freedom we cannot love God.

And so together we have to work on freedom of speech. It is crucial. Thomas Jefferson said:

“If the freedom of speech is taken away, then dumb and silent we may be led like sheep to the slaughter.”

And my brothers and sisters here, we invite you to work for freedom of speech. For equality. For justice between people. For equal rights as citizens of countries.

And I would like you not to implement laws [that are being requested] of Europe today. And also the [?] The Middle East and in Islamic states to have freedom of conscience and thought.

Because without freedom there is no way to be creative and no way to protest an injustice.

And I would just like to end with what Dag Hammarskjold said:

“Freedom from fear could be said to sum up the whole philosophy of human rights.” 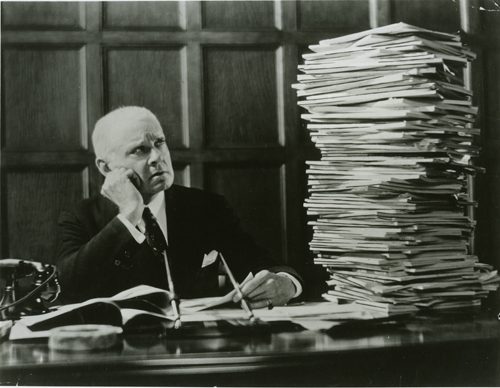 It would seem the genius of We The People, as it is often referred to in The Federalist Papers, has been thwarted by our educations. Many may immediately argue this fact, however, irrespective of the educational facts we set aside, there remains our approach, our angle and perspective, how we derive our conclusions. Much of this can be taught both by what we reject and what we accept, a sort of tugging of these back and forth in order to confuse, debase, and destabilize a variety of natural and inherent knowledges we gained from our parents. Those who may dismiss such a notion, please see http://web.archive.org/web/20090423190627/http://www.nea.org/tools/17231.htm.

“There are 47 percent of the people who will vote for the president no matter what. All right, there are 47 percent who are with him, who are dependent upon government, who believe that they are victims, who believe the government has a responsibility to care for them, who believe that they are entitled to health care, to food, to housing, to you-name-it — that that’s an entitlement. And the government should give it to them. And they will vote for this president no matter what. … These are people who pay no income tax. … [M]y job is not to worry about those people. I’ll never convince them they should take personal responsibility and care for their lives.”

If you let these questions become a means of making your decision, first understand that Ronald Reagan, a Republican, was the one that established the conservation movement, which had been very successful. However, eventually, the power of it (assumed in it being successful) was targeted by the left, and this was taken over to become what we know today as “environmentalists” (they had to change the name from “conservation” as that would remind people it was a conservative, a Hollywood film cowboy who appreciated nature and instituted the land conservation and preservation movement as an element of government).

Next, however, are the aspects that heinously align with what Romney said, for these questions directly set forth the mentality he described, and the destructive force of the NEA union (established in 1857) backed public school education, that approach and perspective training we received, irrespective of whatever we rejected of their direct informational education.

What self-reliant, independent American who believes in caring for themselves, believes they own their own property, and takes care of themselves, would entertain the idea government should take care of them, (code phrase “protect you from ___[fill in the blank]___ )? This is how healthcare was sold to us!

Remember when the president said this about Doctors?….

Google if you wish to determine the accuracy of his statement about why doctors amputate, because my purpose here is to address the purpose of such a statement, to couch doctors as something to protect you from, and how a government regulated and run healthcare system would protect you from the evil doctor, and this speech was given to sell us on healthcare.

So now, understanding Obamacare is intended to protect us from these menaces to society, doctors, who altogether, as a collective, carry on this heinous activity purely for the money every time they amputate, it is another class of rich to demonize, apparently. Notice the Progressives never came out and said that Obama needs to qualify what percentage of doctors have been sued and lost based on this claim, how often it is proven beyond any doubt that what the doctor is paid for an amputation is the basis for his decision. No one included, nor has any leftist requested, the stats on how many people actually were properly treated and eventually were required to lose a foot – akin to seniors who do not pay income taxes as related to Romney’s comment.

Yet, Obama said this and has gotten away with it in spite of it being the direct sales pitch of Obamacare, a law the American People never asked for, and passed at a time when the President was telling us “Jobs are my top priority.” Anyone notice that unemployment hasn’t dropped since the passage of Obamacare? And of course, the hypocrisy of passing a new tax to create jobs, in a country where private enterprise is the economic engine from its founding, hasn’t been taken to task either.

These are the illustrations of what I call “the NEA head,” a means of thought, approach, receipt, and acceptance, that show one’s basis of reason has been molded and shaped to initiate, and give weight to, the same point of determination that the collectivists embrace: being taken care of.

Romney, and hopefully no republican, has ANY plan for seniors, or healthcare, but comprehends the true meaning of “regulation,” meaning “to make regular” those activities that cause the highest ethical standards without placing an undue burden on anyone except those who would act in a manner inconsistent with the industry being regulated – the lawbreakers aren’t fictional characters created by a bunch of academics in government, but are those who are breaking away from the tradition of an industry that has led to its success in a free market economy. In this way the regulation supports the industry and those practices of good behavior and good sense, instead of regulations being a means of dictatorial imposition subject to fines, and thereby, merely a means of government revenue.

And if you missed it, the reason we want less regulation (as it is today, a mechanism just to generate government revenues) and a straight taxation, instead of a Progressive one, is to assure incentive in the people to create, to embrace their job and eventually pursue an entrepreneurial endeavor, and every desire as well as opportunity to become as successful as possible. It is in this way that the limits claimed of money, of resources, etc., are broken through. Democrats often refer to the “glass ceiling” of a woman being President. I submit the “glass ceiling” of oil reserves, of “money sitting in banks that belongs to us,” and “of upward mobility from poverty,” and many others, are imposed as a matter of course on victims who have accepted that they failed as though it is to be worn as a badge of honor, and seeing more and more regulations in their way, have given up to never try again. Is this the American we want to be? Is this the American that will assure an America of free people will exist in the future? Are you sure you aren ‘t one of these Americans?

Get away from the noise of assumption and the many notions that spur on the voice of some teacher or professor in your head when reviewing this article, and instead, try thinking entirely on your own, then consider, reflect, and come to terms. 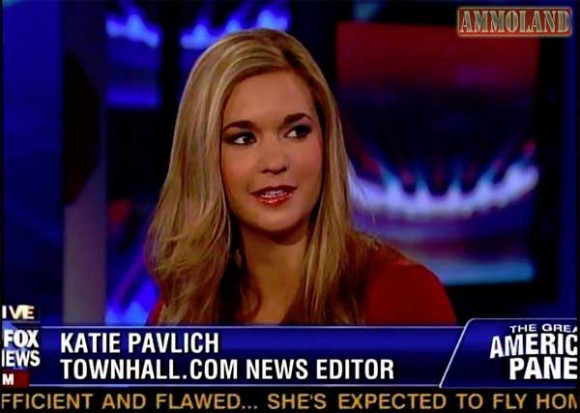 Katie Pavlich, who literally wrote the book on Operation Fast and Furious, delivered a very timely talk to the Accuracy in Media “ObamaNation: A Day of Truth” conference on September 21st. It was the day after the Justice Department’s Inspector General issued a report on the scandalous gun walking operation that resulted in the death of Border Patrol agent Brian Terry, and ICE agent Jaime Zapata, plus hundreds of Mexicans. She points out that it was mainly blogs that broke this story, but that Sharyl Attkisson of CBS News, who AIM honored this year with a Reed Irvine Award, had done an “amazing” job covering the story.

Fast and Furious is back in the news this week, as Univision, a Spanish language network, partnered with ABC News, filed a devastating report showing some of the tragic consequences of this operation which sent some 2,000 guns into the hands of Mexico’s notorious drug cartels. The report, which appeared on the ABC News website, but did not air on their evening news shows, said, “As part of Operation Fast and Furious, ATF allowed 1,961 guns to ‘walk’ out of the U.S. in an effort to identify the high profile cartel leaders who received them. The agency eventually lost track of the weapons, and they often ended up in the hands of Mexican hit men, including those who ordered and carried out the attack on Salvarcar and El Aliviane, a rehabilitation center in Ciudad Juarez where 18 young men were killed on September 2, 2009.”

You can watch highlights of Katie Pavlich’s talk here: