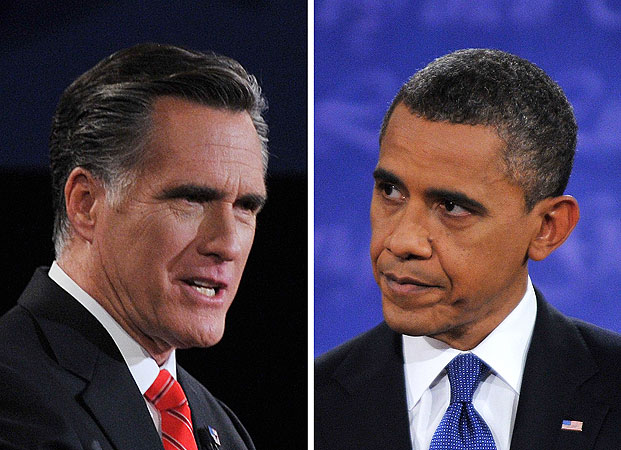 If I were a part of the brain-dead racist herd of African-Americans who voted for Obama solely because he is black and celebrated him winning the presidency, I would feel pretty betrayed and embarrassed by Obama’s debate performance. I mean, after all, we were told by the MSM and the Left that Obama was all that and a bag of chips – the smartest man on the planet, a messiah, the one!

As it were, I am an unhyphenated American who happens to be black. I did not drink the Left’s racially sweetened Kool-Aid and vote for Obama. Upon studying the content of his character and comments he made to Joe the Plumber, I knew Obama was the wrong man, black or white, for America.

So all you blacks who voted for Obama should feel pretty betrayed. The Left submitted a far left racial empty-suit for your “first black president” and you fell for it. From the very beginning, the mainstream media exempted Obama from the usual vetting process of candidates seeking to be president of the United States. To this day, after fours years into his reign of terror, we still know very little about this man.

In the political movie thriller, The Manchurian Candidate was brainwashed to be an assassin. Obama has been groomed to be the Left’s perfect teleprompter controlled front man for its Socialist/Progressive agenda. His black-skin suit of armor protects him from all opposition. Democrats orchestrated every appearance and his sycophant mainstream media lobbed Obama softballs at every press conference.

But in a mano-a-mano live presidential debate, there was no place for Obama to hide his incompetence. The Democrats and MSM could do nothing to protect their unqualified Affirmative Action president and it was embarrassing.

This is why you should never promote people to positions in which they are not qualified in order to meet racial or gender quotas. Numerous black Americans are extremely qualified to be president of the United States. Barack Hussein Obama is not among them.

Free from the immoral slavery of feeling that I must rally around Obama no-matter-what because we share the same skin-color, I thoroughly enjoyed watching Mitt Romney kick Obama’s Socialist/Progressive derriere by simply articulating rock solid Conservatism. It was truly refreshing.

I am a black Conservative because I have witnessed, in my own family, the devastatingly negative effects of the tired old Democrat rhetoric articulated by their slick black empty-suit president. A large segment of my family is prematurely dead after spending their entire lives on government welfare – AIDs, drug abuse, alcoholism, serial out-of-wedlock births and prison. They had free food, housing and heath-care. Their lives should have been wonderful. Right? Wrong. They suffered hopeless, dreamless and wasted lives. Why? Because the Good Book says, “An idle mind is the Devil’s workshop.”

So Mr. Obama, gag me with your we-only-want-to-compassionately-give-the-poor-their-fair-share crap. Your creators and managers on the Left only care about addicting as many Americans as possible to government hand-outs – thus, giving your controllers behind the curtain ultimate power.

During the presidential debate Mr. Obama, Mitt Romney exposed you for the unqualified Affirmative Action Manchurian-ish president you truly are.

In the 70’s, there was a hit song titled, “Say It Loud, I’m Black and I’m Proud.” Folks, I am black and proud that I did NOT vote for Obama. Go Romney/Ryan!

A nice little piece on our rally in Sault (pronounced “Soo”) St. Marie.

Sault Ste Marie, MI – Two great big custom busses pulled into Sault Ste Marie, MI around noon heading for the Bud-Weber park at the corner of Peck St and Ashmun. Their purpose? To spread the word of Rebuild America by Defeating Barack Obama.

Singer Diana Nagy opens the rally with the National Anthem

The conservative group is traveling across America for five weeks holding rallies and publishing TV ads in the most critical swing states. TheCampaign to Defeat Obama is a so-called sister organization to the political action committee (PAC) Tea Party Express. They are visiting dozens of cities throughout the country and day 6 of the tour brought them to Sault Ste Marie; their last stop in the U.P. before heading to Cheboygan later in the afternoon.

A respectable size group was on hand and continued to grow as the rally went on. Singer Diana Nagy opened the rally with the singing of the National Anthem. Lloyd Marcus, a prominent voice of the American Tea Party Movement and the singer/songwriter of the ”American Tea Party Anthem”, was the first speaker to address the crowd. Several others followed suit and all with the same underlying tone; “we need to defeat Barack Obama!”

“After last night’s debate in which it was very clear Mitt Romney is the choice for President, there’s a renewed passion for what we are doing,” said Vice-Chair Selena Owens. “Gov Romney took charge of the debate and showed America what a strong leader he is.”

Each of the small army of activists on this tour are nationally known in their own rights. Owens, herself, is a successful author who has spoken at over 200 Tea Party Rallies including one of the first ones in 2009.

“We’re one week into this tour and the attendance, so far, has been wonderful. This is some really beautiful country you have up here,” said Owens.

The group has asked attendees to bring a photo no larger than 3.5” x 5” of something they’ve built so the group can take the photos back and construct a giant sign at Obama campaign headquarters that says, “Yes we DID build it!”