While on the whole Romney did fine in the debate overall, there was a moment where he fumbled what should have been a clean score regarding the Second Amendment.

During last night’s debate, this question was posed:

“Governor, if I could, the question was about these assault weapons that once were banned and are no longer banned. I know that you signed an assault weapons ban when you were in Massachusetts. Obviously with this question, you no longer do support that. Why is that, given the kind of violence we see sometimes with these mass killings? Why is it that you’ve changed your mind?”

Romney’s answer was, in my humble opinion, somewhat rambling and off target. When a clearly loaded question is offered, it is necessary to examine — and likely reject — the premise of that question, even if an answer is then offered.

Let us set aside the blatant bias in this loaded question and look at what the actual correct answer is:

1) The bill I signed in Massachusetts was not an assault weapons ban. It was a bill that corrected some problems with existing legislation, and which had been reviewed by people on both sides of the issue. It didn’t ‘ban’ anything new.

2) I will not entertain any specious legislation calculated to disarm law-abiding citizens based on fallacious terminology designed to frighten the public about personal arms, whose ownership and use is Constitutionally protected and enshrined in the Second Amendment.

As the failure of the 1994 ban demonstrated, restricting weapons from law-abiding citizens does nothing to reduce crime, and if the objective is to reduce crime, we need to work on the causes of crime, not the tools of self defense and family protection.

The more recent Heller and McDonald decisions make it clear that gun bans are a move in the wrong direction.

3) Further, my administration will not engage in any under-the-radar, false flag operations formulated to incite outrage among the public to facilitate further disarming America using the rationale that somehow our Second Amendment is “killing babies in Mexico.”

The very term, ‘Assault Weapon,’ is dishonest, being a concoction of an anti-gun activist. If we are to have an honest discussion of firearms and their appropriate uses, let us at least use real words and accurate terminology.

And I believe, if you clock that response while reading it aloud, it will come in under two minutes. 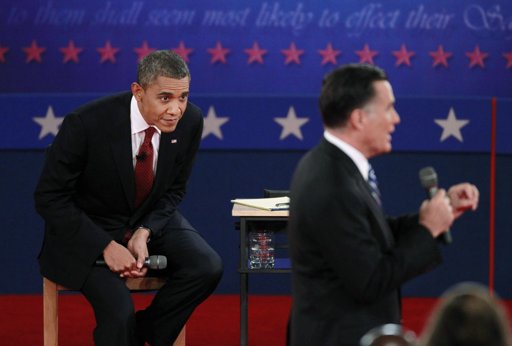 This week’s contest is dedicated to Mitt Romney, for grace under pressure and for coming out on top in a two on one.