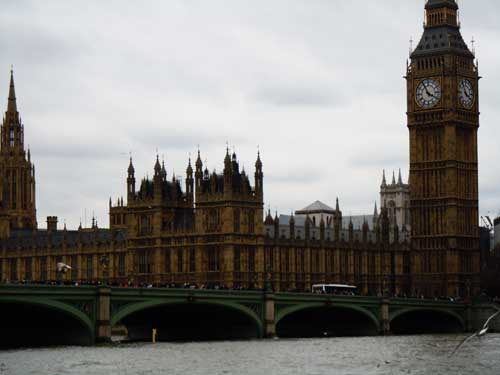 In many ways the UK has been leading the Western world in the field of sharia conformity and appeasement. The Archbishop of Canterbury, Rowan Williams, spoke about the inevitability of sharia law in Britain (1), and Lord Chief Justice, Lord Phillips, made a famous statement in favour of it in 2008 (2).

People do not realise that sharia inspired laws are already on the Statute Book in the UK and are helping to undermine basic freedoms. British comedian and free speech advocate Rowan Atkinson has recently called for the repeal of one such law (3), Section 5 of the Public Order Act.

ICLA is committed to opposing sharia laws that undermine fundamental freedoms and this includes laws like Section 5 that are SABN (Sharia in All But Name). SABN laws are sharia laws that governments sneak into force without saying that they are sharia inspired. Section 5 of the Public Order Act is effectively the Islamic law against slander. The sharia manual Reliance of the Traveller which is widely regarded as an authoritative sharia text states the following:

“Slander (ghiba) means to mention anything concerning a person that he would dislike.” (4)

(b) displays any writing, sing or visible representation which is threatening, abusive or insulting, within the hearing of a person likely to be caused harassment, alarm or distress thereby.”

In other words, like Section 5, it appears that anything that a person regards as insulting is insulting and therefore a punishable offence. Such a vague law is an invitation to legal abuse and state oppression.

Furthermore this is not sharia law ‘just for Muslims’ but sharia law for all. In any case sharia law is not a supplement to Western law but an alternative to it.

How many other such SABN laws are already in force in the UK and other Western Countries? Will such laws gradually replace those cherished by our ancestors that made Britain the cradle of liberty?

George Igler, the Managing Director of the British think-tank “Discourse: Institute for Free Speech” spoke at our conference held in the European Parliament. In the following video he echoes the sentiments of Mr Atkinson on a Canadian TV show. In his interview with Jerry Agar on SUN TV he spoke about the rapid deterioration in civil liberties in the UK caused by Section 5.

What Mr Igler did not mention was the similarity of this law to the Islamic law relating to “slander”. I put the word slander in inverted commas, because slander in Islam is not the same as slander in the Western legal sense. As we saw in the Quote from Reliance of the Traveller, slander in Islam is “anything concerning a person that he would dislike”. This means that the truth is no defence. If Western law is no longer based on the truth then it has been subverted. It would be interesting to see how many people have been arrested under this law for merely expressing the truth. Without the truth, the law is just an instrument of oppression used by the powerful to prey on the weak. As Mr Atkinson said in the first clip, above:

But this law – Section 5 – is not an isolated occurrence but represents a culture of appeasement in government that means that lawmakers bow their heads to sharia compliance at every possible opportunity. The next big move to add more sharia laws to the Statute Book will probably come with the adoption of UNHRC Resolution 16/18 into British Law. This is what the OIC (Organization of Islamic Cooperation) is demanding and the OIC seems to have more influence on the British Government than the British people. Resolution 16/18 dresses itself up in the clothing of religious tolerance. However, many of the OIC countries who have been pushing for this have a scandalously poor record when it comes to religious tolerance. We have seen the recent example of Fazil Say in “moderate” Turkey that shows what happens in countries where the principles behind Resolution 16/18 already have the force of law.

Sharia law is already subverting our political and legal systems and it appears to have been doing so for years. The Public Order Act was enacted back in 1986. Only by repealing all sharia inspired laws can a just legal system based on individual freedom be restored. The subversion of our laws was one of the reasons that we established the 2012 Brussels Process back in July. Powerful actors in the world are now pushing for sharia compliance in all nations. Those who value freedom need to voice their opposition to this move to undermine the principles of true liberty. Section 5 and the 2012 Brussels Process are good places to start.