Overall, Friday night’s Fox News Special, “Death And Deceit In Benghazi” is to be praised. It leads the network television field. We will show it, below.

But I have one bone to pick with it, first. See this report from prior in the day. It is one of numerous references to some or all of our four murdered Americans having been engaged in arms recovery operations, and that in turn, being a likely reason for the attack upon them. A full pursuit of this matter, for all we know, may also lead to knowledge of the Obama-Biden-Clinton regime’s supplying weapons to Gitmo-released Al Qaeda ringleader in Libya, bin Qumu.

The above corroborates our article, “WEAPONS HUNTING: The Reason for the 9-11 Murders in Libya,” by Denise Simon, 9/18-20. Notice, not until its end, at 3:47 does the pith of the matter become addressed by Catherine Herridge, greatly to her credit:

Source told Fox News that Ambassador Stevens was in Benghazi to negotiate a weapons transfer, an effort to get SA7’s out of the hands of extremists. When asked to comment, a State Department spokeswoman dismissed the idea, saying Stevens was there for diplomatic meetings and to attend the opening of a cultural center, Brett.

The subject is mentioned almost as if in passing, considering the length of the entire program (or considering how long the program might have been). It sits at 31:00 through 32:30, in conjunction with Herridge’s interview of former CIA Director Porter Goss. 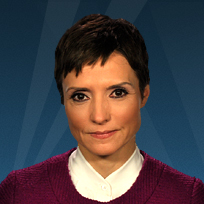 Clearly, this is where some of the worst possibilities may be found and where questions must be answered:

Further, during the thirty-six hours preceding the Fox News Special, they were reporting of leads indicating that the attack was part of a coordinated campaign, to prevent Americans’ actions in Benghazi and to drive the Yankee operatives out.

There is hardly a comprehensive cover-up about this set of issues. Some confession of missing MANPADS armaments was even made in last week’s House Oversight Committee hearing. But a psychologically operative element is at play: if a revelation is not repeated often, nor fully developed, and responsible parties behave as if it is not very important, it will not be seen by the uninitiated as the scandal and news of crisis that it is (e.g., Barack Obama’s nasty personal background, fraud, and eligibility issues). Call it cover up in plain sight. That is what Sheriff Arpaio might call it by now, among many others. Eh, Fox News? (And Breitbart.com, Glenn Beck, etc…)

And for anyone tempted to think it may be none of our business, to meddle in affairs of the CIA/IC concerning these matters, let him be assured, that entity is out of control. It is officially, publicly, and increasingly committing treason, witness “Global Governance 2025.” And it continues to participate in the violation of the sovereignty of not only our United States of America, but whatever number of foreign nations. Just ask the families of Muamar Gaddafi and Hosni Mubarak.

What is the whole story here and what are the underlying motives? (And for anyone of the neo-Marxist-influenced variety looking in, by “underlying motives” we mean something other than poverty and societal oppression.)

Time will tell. Or, will it? 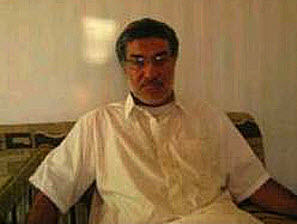