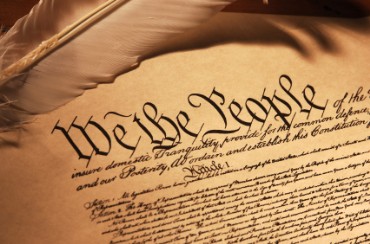 It may appear that the people of these United States are in the midst of a shift in demographics and politics and that many may find this irrefutable.

However I submit, via this link to the National Education Association’s website, as published to the web up until shortly before endorsing Barack Obama’s 2012 candidacy (with great thanks to the wayback machine’s archive of the Internet), http://web.archive.org/web/20090423190627/http://www.nea.org/tools/17231.htm to suggest, to even show more than a mere likelihood, that our views, our very attitudes and means of deriving an accurate conclusion, have been contaminated away from the most precious principles of life itself.

To illustrate, innocence is born. Yet regularly innocence is killed before birth with government funding the businesses that thrive on this activity with funds that can easily be commingled and without accountability (almost a government agency as a “public service”) – the value of life rendered by the U.S. Supreme Court as a subject of government’s definition irrespective of the lack of such activity being rendered an object entrusted to the authority, and appropriation, of the U.S. Government (see Article I, Section 8).

And now we turn to Newtown, where the insanity of the gunman will certainly be ignored in what I am bringing forward here, that his actions are a reflection of the intrusion of government in the private lives of the people as merely numbers, resources for government to tap at its will, intrusions regularly caused and encouraged by the fact the U.S. Supreme Court takes up such cases as Roe v. Wade, followed by the legislatures and politicians taking such things as an opportunity to intrude in the personal private lives of as many of the people-at-large as they can; government and its branches unable to let such an opportunity to expand the authority of government to be dismissed, and in so doing, causing the construction of a crisis as the public narrative.

To explain, I am a Christian and I do not agree with abortion at all, yet, I do not believe the government has any right to tell anyone they can’t have an abortion, and can’t violate Christ’s commandment not to harm a hair on their heads (recent technologies showing an identifiable head on the “tissue” in the womb by 3 weeks), but instead I believe that government has a certain duty to enforce safety standards on the doctors whose license is given according to the idea of public safety. Not that I entirely agree with the way the licensing system is done, the monopoly practice the AMA carries on State by State, much like the BAR association, has been no less like the United Auto Workers in their activities with each of the big 3 American automakers in assuring a union shop, irrespective of detriment to the State and the people (on the part of the AMA and BAR) or Chrysler, Ford, and GM respectively in relation to the UAW.

As you can see, my issue isn’t in the power they have assumed and is recognized by government but is instead that these types of government-funded and protected monopolies never reach a reflection point, for there is no challenge without competition that would lead to a reason to reflect, to re-view the point and purpose of their existence. These entities never have any reason to assure their actions aren’t detrimental to the public-at-large, and when they are called on it by a member of the public who is often paying for their existence in some way (as there is no competitor) these associations are unwilling to admit the wrong and retreat from the direction they pursued, never caring about acting with integrity, being honorable and learning from a mistake due to fear of lawsuits. And this takes us full circle to the Supreme Court’s need to not take on cases that could expand the government beyond objects entrusted to it under Article I, Section 8 of the Constitution.

Interesting how the very monopoly of the BAR has unbridled access to the court, the lawyers officers of the court in every state it is organized in and with an allegiance to the court before their own client, using the court to expand the government for the sake of expanding their market, and never held accountable, even when, as in California, their charter had expired and they were issuing BAR cards for over 40 years without any legal authority to do so.

Of course, this isn’t the measure of extremism for government, nor patronage, nor corruption, nor abandoning freedom, nor the imposition of slavery, nor the establishment of bureaucracy above the will of the people (the Constitution). No! No! No! The extremist is defined as that person who wants the governments in the United States of America, State and Federal, to follow the Constitution’s direction in regard to the objects entrusted to their care, and to cease from seeking to have powers well beyond these objects and thereby automatically trespassing upon the rights of every individual.

I offer this portion of the Declaration of Independence:

“We hold these truths to be self-evident, that all men are created equal, that they are endowed by their Creator with certain unalienable Rights, that among these are Life, Liberty and the pursuit of Happiness.–That to secure these rights, Governments are instituted among Men, deriving their just powers from the consent of the governed,…” — Emphasis mine, http://www.archives.gov/exhibits/charters/declaration_transcript.html

Followed by this from the Constitution:

“We the People of the United States, in Order to form a more perfect Union, establish Justice, insure domestic Tranquility, provide for the common defence, promote the general Welfare, and secure the Blessings of Liberty to ourselves and our Posterity, do ordain and establish this Constitution for the United States of America.” — Emphasis mine, http://www.archives.gov/exhibits/charters/constitution_transcript.html

And note that directive language and nothing indicating a grant to the people of anything extends to The Bill of Rights as well:

“THE Conventions of a number of the States, having at the time of their adopting the Constitution, expressed a desire, in order to prevent misconstruction or abuse of its powers, that further declaratory and restrictive clauses should be added: And as extending the ground of public confidence in the Government, will best ensure the beneficent ends of its institution.” — Emphasis mine, http://www.archives.gov/exhibits/charters/bill_of_rights_transcript.html

Interesting it is that anyone could think that either the organic Constitution, or the Constitution as it was amended by The Bill of Rights, is granting any right whatsoever to the people, except the following extension from the previous quote of the Declaration of Independence:

“–That whenever any Form of Government becomes destructive of these ends, it is the Right of the People to alter or to abolish it, and to institute new Government, laying its foundation on such principles and organizing its powers in such form, as to them shall seem most likely to effect their Safety and Happiness.” — Emphasis mine, http://www.archives.gov/exhibits/charters/declaration_transcript.html

So when that Tea Party person, that Christian, that Conservative, that Constitutionalist, or any American is asserting their powers derived from the origins of government as an institution of the people, and not the reverse, please, oh Progressive who is upset at witnessing the failure of their grand takeover of our educational system and media, accept that Freedom is a flame that cannot be put out, that even your grand schemes of technologies to “make people think smarter” will not set back the need, nor desire, for Individual Liberty as the grand settlement for the difference between Tyranny and Freedom. Yours, your Collectivist, Socialist, and/or Communist ideas are not “progressive” but digressive for they are the very same ideas that the Crowned Heads of Europe imposed upon us and led to our American Revolution and Founding documents, http://changingwind.org/index/comment.php?comment.news.32.