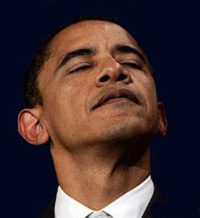 Many folks believe the age of responsible journalism died years ago, at least in the major news media outlets… and perhaps they are correct. Instead of reporting news, the public is fed a steady diet of propaganda created for the sole purpose of maintaining and promoting the leftist agenda.

How else could a narcissistic spoiled little pimple of a man like Obama get elected to the presidency; not just once, but twice in spite of the fact he’s nearly destroyed everything he’s touched? (Once this has been posted, I’ll be waiting for a threatening email from the White House for having aimed a spotlight on the tyrant occupying that office.) 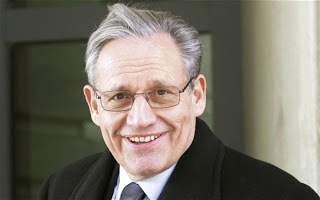 Journalist Bob Woodward, you may recall his name for having blown open the Watergate Scandal which eventually led to Richard Nixon’s downfall; Bob Woodward had the audacity to write something critical of Mein Fuehrer Obama’s involvement in Sequestration.

Somebody in the White House took umbrage to a little peon like Woodward throwing stones at or near the Emperor of the Universe and allegedly (Don’t you just love that word allegedly?) fired off a threatening email to put him in his place.

You don’t suppose this has happened to other journalists? This surely must be an anomaly.

“But suppose there’s a young reporter who’s only had a couple of years – or 10 years’ – experience and the White House is sending him an email saying, ‘You’re going to regret this,’” Woodward said. “You know, tremble, tremble. I don’t think it’s the way to operate.” Woodward was quoted in the UK Telegraph.

Here’s an opportunity for the journalists of America to grow a pair, pardon the crude reference to anatomical gender related organs, grow a pair and start doing the job of reporting news instead of producing nothing more than state run propaganda pieces.

What would happen to the Obama administration if they had to field real questions, answer to the media (a media which at one time served the public)? What would happen to the Senate, Congress and the Supreme Court if the news media actually did their job of reporting news instead of creating book reports that were first censured by the White House to insure proper construction and content?

It’s time to start naming names, for the record; who exactly made the threat? Show the public the email and then press forward until everyone connected with suppression of a free press has been brought out of the shadows. Then start conducting press conferences as if the press actually wanted facts rather than throwing softball questions to the president which have been prepared in advance to make him look ‘presidential.’

Instead of ‘feel good’ pieces, we might actually find out what’s been going on; that’s what would happen. To all you pretend journalists out there who’ve been castrated by the powers that be, it’s time to grow a pair!