We are asking our followers and supporters to contribute what you can to NoisyRoom. You can do so using the PayPal icon on the right side of the blog or at the bottom of this post.

We are moving and every penny counts. It costs us a couple of hundred a month for the dedicated server and hosting. We have an incredible team of troubleshooters who help us constantly recover from hacks and attacks with very little down time. We are proud of the blog and of what we do for all of you. It is an honor and a privilege to serve and assist patriots wherever we can, no matter the risk or cost. And we will continue to do so, no matter what.

We are committed to bringing you real news and research from those out there willing to tell the truth. We also know things are tight and we don’t ask this of you lightly. We genuinely need the help right now to stay on the web and to continue doing what we feel we are called to do. Every dollar helps, so give if you can and know that we appreciate it more than we can ever say. Thanks! 🙂 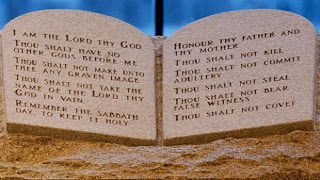 …and every tongue confess… that Jesus is the Christ; the admonition to the children of men isn’t, “Every knee shall buckle when confronted by the adversary”.

There’s a news item out of Starke, Florida explaining a compromise has been reached in order to preserve a display of the Ten Commandments without having to go through an expensive legal tussle with American Atheists.

“Bradford County has reached a deal to allow American Atheists to install a 1,500-pound granite bench near the county courthouse. The bench will feature quotes from Thomas Jefferson and Madalyn Murray O’Hair.

It will also include a list of punishments for violating the Ten Commandments, including stoning, and will include a quote from the Treaty of Tripoli, a late 18th century peace agreement that declares the U.S. was not founded on Christianity, The Gainesville Sun reported.”

Folks who have their Bible handy will recognize the line which acts as title to this article, an abstract from Isaiah 45:23 or a similar reference in Romans 14:11; but I prefer the account as found in the Book of Mormon.

“Yea, every knee shall bow, and every tongue confess before him. Yea, even at the last day, when all men shall stand to be judged of him, then shall they confess that he is God; then shall they confess, who live without God in the world, that the judgment of an everlasting punishment is just upon them; and they shall quake, and tremble, and shrink beneath the glance of his all-searching eye.” Mosiah 27:31

The not so famous Treaty of Tripoli quote which will be engraved in solid granite on the Atheist bench has made yet another appearance. Atheists love to throw down their “go to” quote from the Treaty of Tripoli, the one which alleges the U.S. was not founded on Christianity. While it is true, then President John Adams did sign the Treaty of Tripoli; to be sure, it never included anything that could remotely be construed to imply that the United States of America was anything other than a Christian nation.

I wrote about this a couple of years ago, We Started Out a Christian Nation; where a host of detractors pointed to the Treaty of Tripoli as proof America isn’t now, nor ever was based on Christian principles.

The Avalon Project at Yale University exposed this particular attempt to re-write history in favor of an anti-Christian agenda, often referred to as the Barlow translation.

“As even a casual examination of the annotated translation of 1930 shows, the Barlow translation is at best a poor attempt at a paraphrase or summary of the sense of the Arabic; and even as such its defects throughout are obvious and glaring. Most extraordinary (and wholly unexplained) is the fact that Article 11 of the Barlow translation, with its famous phrase, “the government of the United States of America is not in any sense founded on the Christian Religion,” does not exist at all. There is no Article 11. The Arabic text which is between Articles 10 and 12 is in form a letter, crude and flamboyant and withal quite unimportant, from the Dey of Algiers to the Pasha of Tripoli. How that script came to be written and to be regarded, as in the Barlow translation, as Article 11 of the treaty as there written, is a mystery and seemingly must remain so. Nothing in the diplomatic correspondence of the time throws any light whatever on the point.” (emphasis added)

It’s often joked the reason so many lawyers are trying to have the Ten Commandments removed from court house settings; it creates a hostile work environment for folks routinely at odds with the intent of such words, folks like lawyers and judges who would prefer “words of advice” rather than Ten Commandments.

Commandments are so, what’s the word; binding, compelling, undeniable, obligatory, necessary…; well, you get the idea.

Knees buckling under pressure in Bradford, Florida; not exactly the same as “Every knee shall bend”, now is it? I can’t wait to read other quotes which will be placed in the public square on the Atheist bench, specifically the ones from Madalyn Murray O’Hair; words worthy of sharing we can be sure…

If you have to lie or distort information in order to advance your agenda perhaps your agenda is flawed. Goodness, I hadn’t intended to shoot down the entire Obama administration with one shot; attribute that to pure luck. 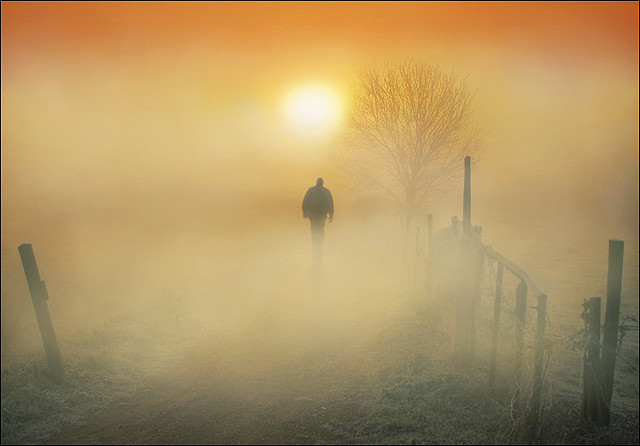 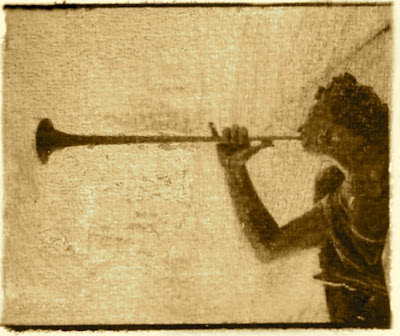