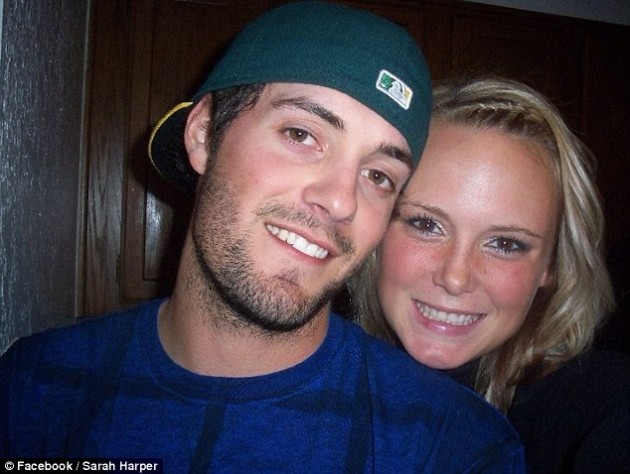 Harper and Lane had just returned from Australia three days before his death.

In a little town named Duncan in my state of Oklahoma, the unimaginable happened this week. Evil came knocking and three teenagers answered with enthusiasm.

Oklahoma is a wonderful state. Possibly the most conservative state in America. The people are for the most part kind, polite and giving. The majority are God-fearing Christians. That this would happen here, infuriates me. The blame, I believe, should be laid directly at Obama’s feet. He and his race hustlers have knowingly and purposely set the stage in America for racial hatred, violence and chaos. With unemployment at an incredible level, people in despair and Marxism run amok… Obama righteously pontificates while innocent lives are ruined and people die in America and abroad. And he doesn’t give a crap — none of the elite do.

I have friends in Australia and I understand their pain and anger over this. I share it with them and want justice done. But it breaks my heart to hear some Aussies blaming this on the NRA and guns. Nothing could be further from the truth. The blame lies squarely on our President’s shoulders and the gang culture in the United States that he nurtures and promotes. 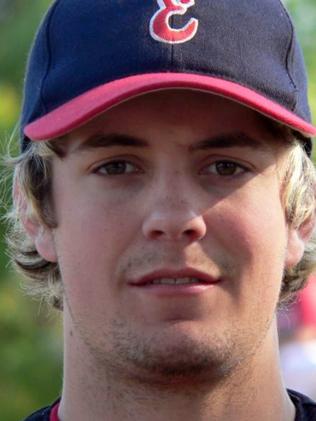 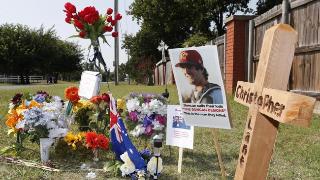 A memorial to Chris Lane near where he was shot. Source: AP

Chris Lane was a 22 year-old, handsome young man, with a wonderfully bright future ahead of him. I am sure his parents thought he was living in one of the safest places in the US. There is no such place any more in our Progressive regime.

Chris was here on a baseball scholarship — it’s the all-American thing to do and Lane was here training in the sport he loved. He was a student at East Central University in Ada, Oklahoma. He was in Duncan visiting his girlfriend of four years, Sarah Harper.

Last Friday, while Chris was out jogging, 3 teenagers, 2 black and 1 of undetermined race, murdered Chris in cold blood. Depending on who you listen to, they either did it because they were bored and wanted a ‘thrill kill,’ or it was a gang initiation. The ages of the killers are 15, 16 and 17. Any one of them could be Obama’s son. According to Maggie Thornton of Maggie’s Notebook: The 17 year-old is charged as “an accessory to the killing.” The 15 and 16 year-olds have been charged with first-degree murder. James Edwards (15) – charged with First Degree Murder and Chancey Luna (16) – charged with First Degree Murder (suspected of firing the “fatal shot”) – no bail will be allowed for those two. Michael Jones, the 17 year-old, has bail set at $1 Million. 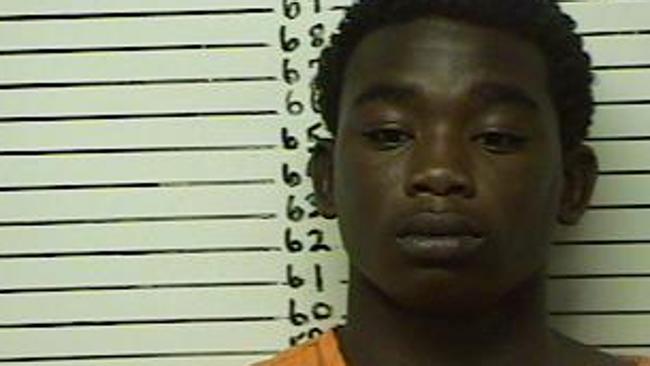 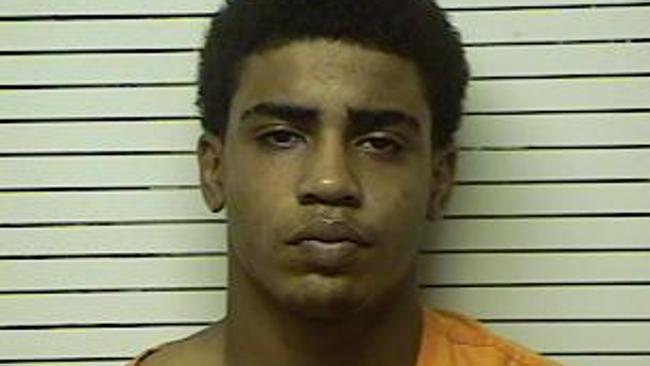 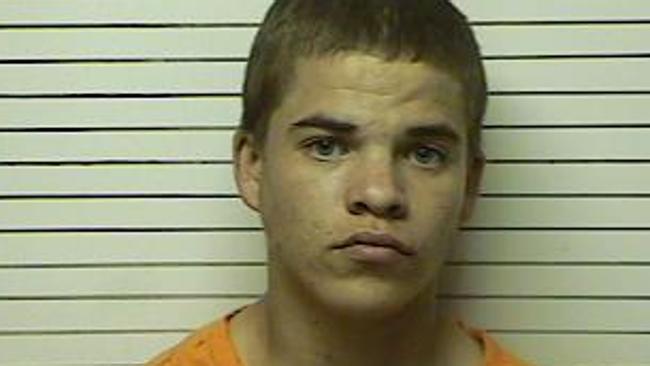 I understand the three have now confessed. The three murderous scum were found with the help of surveillance cameras.

They shot Lane in the back as he was jogging. They were “bored,” said one of the boys, “we decided to kill someone for fun.” According to Danny Ford, the Chief of Police of Duncan, said a Facebook page for one of the alleged murderers read “Bang. Two drops in two hours.” Source

The captain of the Duncan Police Department, Jay Evans, told Shepard Smith on Studio B of Fox News, that the murderers were linked to other criminals who had been arrested several months ago for committing a series of armed robberies.

The Captain said the teens involved in this shooting seemingly wanted to “live that gangster lifestyle.”

According to a report out of Australia, there was a gang ‘hit list’ connected to this whole affair. James Johnson, the father of a boy on this ‘hit list,’ claims that Chris Lane was murdered as part of a gang initiation – possibly the Crips. His son was on the list because he refused to join the gang. Johnson has since sent his son to a youth program for his safety, fearing retaliation by gang members. Johnson also says that the gang which is out of Oklahoma City and Dallas, is now recruiting in Duncan. I’m sure opening the border, releasing criminals onto our streets and over-regulating while simultaneously relaxing laws for hardened criminals by Obama is helping the gangs out tremendously. More hope and change from our leaders. The sad thing is that many kids are so fatalistic over what is happening on our streets — telling their parents that if it’s their time, it’s their time. I don’t recognize America any more.

Where’s the outrage America? Who cries for Chris Lane? Not Obama, Sharpton, Jesse Jackson, Oprah or any of the rest of the race pimps out there. If it had been white kids who killed a black boy, the wailing would have been heard around the globe. There would have been riots in the streets. But when a white, Christian young man is gunned down in cold blood, it’s not newsworthy. It doesn’t fit the Left’s agenda.

Obama is so busy playing golf and propping up the Muslim Brotherhood, he doesn’t even know who Chris Lane is. Neither do those representing him at press conferences evidently. The President has made no statement on the murder, even though it involved a citizen from another country and is a national incident. This horrific act was all over the papers in Australia and the response from Down Under has been deafening. So is Obama’s response — in all its silence. I guess he’s just bored by the whole thing, so he can relate to these murdering gangsta wannabes.

As the family of an Australian baseball player gunned down in Oklahoma mourns his death, police said today that the college athlete was targeted by three black teenagers who simply “wanted to see someone die.”

The suspects followed Chris Lane, 22, as he jogged alongside a road in Duncan, Okla., Friday afternoon, shot him in the back and left him to die on the side of the road, said Duncan Police Chief Danny Ford…

“He went by a residence where these three boys were, they picked him as a target, they went out and got in a vehicle and followed him.”

While no one saw the actual shooting, Ford said several people heard a gunshot and “saw Lane stagger across the road, go to a kneeling position and collapse on the side of the road.” Witnesses also reported seeing a black car speeding away from the scene.

After the teens were arrested, Ford said the driver, who is 17, told police they were all at the scene of the slaying and that the 16-year-old suspect pulled the trigger.

“He said the motive was, ‘We were going to kill somebody,’” Ford told Australian radio station 3AW.

Jesse Jackson came out and said he ‘frowned upon‘ the whole sordid mess. Wow, that’s strong talk Reverend! Not as strong as calling for riots and murder, but I’m sure it’s the very best you could do. I’m sure these killers’ gang ties are okay with the good Reverend though. He probably can relate to the black power posts on Facebook and the pictures of gang signs shown off for all to see. Such blatant racism is sickening and those on either side pushing it are monsters.

Chris’ last moments on this Earth were heart wrenching:

Mr Rhodes said he was working on the house, heard what sounded like a bullet being fired, looked down the street and saw a black car with a white sticker on the windshield.

The teenagers were arrested four hours later in a black 2003 Ford Focus with a white sticker on the windshield.

At 2:45 into the 911 call, Mr Rhodes had alarming news that Ms Smith relayed to the operator.

Mr Rhodes said he believed the bullet went through Lane’s back and punctured his lungs.

At 3:19 into the call, the operator alerted authorities.

“We have a male who said he has been shot and is bleeding in the back,” the operator said.

At 3:37 she informed Ms Smith help was on the way.

“OK. We have an ambulance and a PD (police) on the way,” the operator said.

At 3:54 the operator asked: “Is he breathing? Is he conscious? Is he talking to you?”

Ms Smith asked Mr Rhodes and the reply was “Lane is not conscious and is barely breathing”.

At 4:26 an Ms Smith complained to the operator she couldn’t hear any sirens and at 5:53 she again raised her concerns.

“I hear no sirens. I see no lights. Oh my gosh how long is it going to be?” Ms Smith said.

At 6:20 Ms Smith said an unidentified female passer-by was performing CPR on Lane and then delivered a warning.

The operator asked if Lane has stopped breathing

Mr Rhodes can be heard in the background saying: “Yes.”

“Yes, yes they said he has,” an emotional Ms Smith confirmed.

At 7:06 the ambulance pulled up at the scene.

I have held someone in my arms as they died — someone I loved more than life itself. I can’t imagine this poor boy’s shock, pain and death. I hope Oklahoma throws the book at the three that killed him and I hope they rot in hell for it. I wish I could hug his parents and his girlfriend. I wish this had never happened and Chris was here. I wish that all the racists and Marxists would be kicked out of our country and that we could go back to being a loving and kind nation, where evil can’t find a foothold.

I have seen more evil rear its head this week than I can take. From the nightmarish murders in Tennessee from 2007 that just now are getting air time, to the rape of the 8th grader in Michigan 10 years ago and all the teachers and clergy who are now standing behind the pedophile, to the Canadian hate letter to the family of an autistic child telling them to just euthanize him and now this. What has happened to us?

When casual evil in Oklahoma is not even news and no one cries out for it to stop, where does it end? With Christians being slaughtered as they are in Egypt? With people being gassed as in Syria? With gas chambers and millions dead? We are heading there unless we turn back and fast.

8 thoughts on “Casual Evil in Oklahoma”