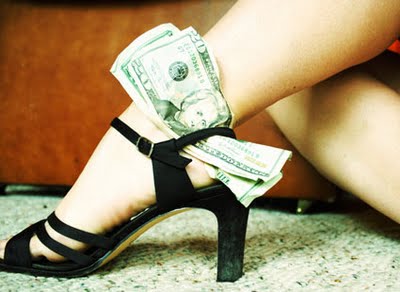 Every week on Monday morning, the Council and our invited guests weigh in at the Watcher’s Forum with short takes on a major issue of the day. This week’s question: Should Prostitution Be Legalized In America?

Simply Jews: The eternal question about the ancient profession could be answered best in Jewish tradition – by asking another question: why do we all bother about it? Especially since we know that no legal act will essentially change the situation.

Some countries legalized prostitution, some forbidden it, in both situations there was no sizable dent in the activities. So why don’t we lay off and relax?

On the other hand there are some fringe benefits to legalization, such as ability to organize and protect the working ladies from the pimps, more medical attention, better physical protection etc. So all in all, I tend to favor legalization.

The Noisy Room: Morally, my gut says no, but Constitutionally and the Libertarian side of me says that prostitution should be ‘de-criminalized’ as opposed to ‘legalized.’ Think prohibition. Trying to criminalize drinking and regulate it was an abject, expensive and violent failure. Making prostitution a criminal act, simply drives the pricing way up and endangers everyone involved.

Humans will turn to the oldest profession in the world regardless of who says it is legal or not. I know a number of Libertarians who say legalize it so you can tax, regulate and license it. Well, I personally don’t believe in taxation and I believe in only very limited licensing. As for regulation, I don’t think the government has any business in the mating rituals of humans. I don’t see the point of laws prohibiting prostitution when they know that has never worked. People will always find a way. The way prostitution works currently is as a protection racket of sorts. Working girls (or guys) are arrested as are their pimps and fined. Then they let them go. The only thing this solves is further filling of the government’s coffers and lining the pockets of corrupt officials. While simultaneously costing all of us money that is better used in other places.

If it is legalized, those who would buy services this way still will and the working conditions would become far safer. And it still should be a heinous crime for anyone to be forced into such a vocation not of their own volition. The market would dictate pricing and those so inclined to earn a living this way will do what they would do any way, except that access to healthcare professionals would be openly available (and insurable), reducing secondary disease vector risks. There should be restrictions on where this line of work is conducted and limited oversight. Perhaps de-criminalization would even lend an aspect of legitimacy and respectability to the services of ‘companions.’

I don’t want to see the prostitutes go to jail for any extended period of time and I understand why people want it legalized. However, the exploitation of children makes it unworkable.

Traffickers would have a field day.

It also means condoning something that demeans and exploits others.

I love it when people say we will get tax money from it. The government pigs will waste that too! No more feeding the beast!

JoshuaPundit: As was brought home to me recently, we appear to already have de facto legalized prostitution here in America… and I’m not just talking about a couple of counties in Nevada.

My main concern would be to help end the scourge of human trafficking while keeping in mind that it’s better to have some forms of legalization, since the current conditions obviously feed trafficking.

Germany legalized prostitution nationwide in 2002, but has found in the decade since out there were major problems with it. Essentially, a lot of the unsavory characters whom used to pimp and engage in trafficking now import impoverished young girls from Southeastern Europe openly, where they’re installed in ‘cut rate’ brothels under terrible conditions and the pimps who manage the establishments deduct hefty fees from their earnings. According to the law as originally passed, a ‘manager’ could be considered ‘exploitative’ if he took over 50% of a girl’s earnings, and safe conditions with normal hours were mandatory. However, as the Germans found out, it was very difficult to prove violations. Many women ended up being forced to service numerous clients on a daily basis around the clock, earned very little money and were actually made to live in the rooms they worked in… for a hefty rent which came out of their earnings. In spite of the laws, very few of the women appear to have actually signed an employment contract, let alone have it honored.

If we are going to legalize prostitution, (and I admit to mixed feelings) allowing it to operate as a normal business doesn’t work. Certain changes would have to be made:

1) Much harsher sentences for pimps and traffickers.

2) A government licensing program where women whom intend to engage in this work apply for themselves, pay a fee, and are mandated to obtain periodic health checks and declare earnings in order to continue working.

3) Rather than brothels, which encourage pimps and traffickers to get into the business, certain areas or streets would be red light districts policed by law enforcement during certain hours, which would deprive pimps and ‘managers’ of their main raison d’être – that they are entitled to a share of earnings because they ‘protect’ the prostitutes. Patronizing prostitutes who are unlicensed and work outside these areas would be punished harshly.

Instead of guarding prostitutes who call themselves ‘legislators’ who simply spend money that isn’t theirs, the police could be actually policing an activity that brings revenues in.

I don’t see any other way legalization would work.

5 thoughts on “Forum: Should Prostitution Be Legalized In America?”