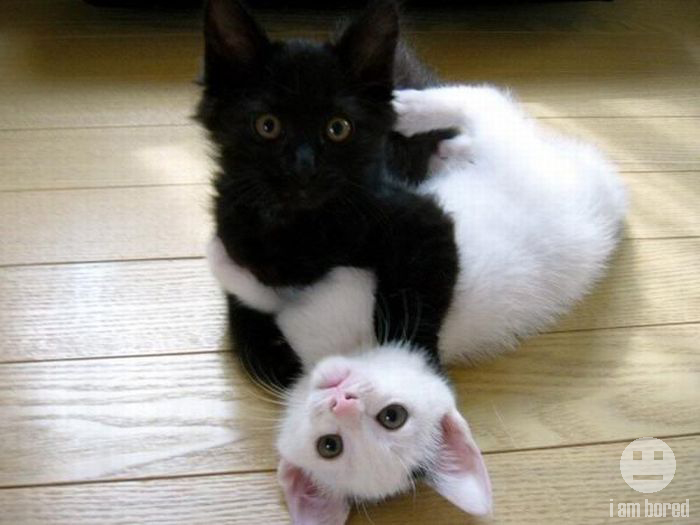 Every week on Monday morning, the Council and our invited guests weigh in at the Watcher’s Forum with short takes on a major issue of the day. This week’s question: Black On White Crime – Sensationalism Or A Growing Trend?

The Razor: Sensationalism – but justifiable. We’ve been hearing a lot about it in the conservative media due to the reaction to the MSM racist reporting of the Zimmerman trial. The truth is that most interracial crime is black on white, not white on black so the reaction to the media slander of George Zimmerman is justified. I use the “slander” rarely, but clearly it applies in the treatment Zimmerman received by large media outlets. NBC’s editing of the 911 call was purposely and clearly done to damage Zimmerman’s character and undermine his defense. But I digress.

The Glittering Eye: I think it’s sensationalism. The FBI’s report for 2012 isn’t available yet but its reports on hate crimes for 2011, for 2010, and for 2009 suggest a long term decline in hate crimes, generally, although hate crimes against Catholics, Muslims, and homosexuals have increased very slightly (probably within the margin of error).

Bookworm Room: Can it be both? That is, blacks commit crimes disproportionate to their numbers in the general population. Although they mostly prey on other blacks (which is why it’s unconscionable that the most vulnerable blacks are not allowed to carry legal self-defense weapons), they’ve always preyed on other races as well. That hasn’t changed. That they use terms of racial opprobrium when attacking whites hasn’t changed either. What’s changed is that, in the wake of the Trayvon Martin trial, we’re starting to pay attention, not just to the crimes, but to the verbal attacks that accompany those crimes.

If you remember way, way back when Doonesbury was still funny, Trudeau looked at forced integration in America’s schools (so this must have been in the very early 1970s). Those strips revolved around two utterly innocent little boys,one white and one black, who meet up and become friends when they find themselves in the same school. The strip that stands out in my mind is the one in which the white boy inadvertently starts a race riot at the school because of his response to a big black boy who is bullying him. He calls the black kid “honkey,” and all Hell breaks loose.

I don’t know why, but it seems to me that we’ve reached that level of insanity and satire today when it comes to the always dangerous black underclass and the rest of American society.

JoshuaPundit: I see this as both. While blacks overwhelmingly victimize blacks, the real story has to do with the percentage of black on white crime versus white on black crime. That ratio has remained fairly constant for the last 5 years or so, with blacks victimizing whites at a ratio of between 8 times and 6 times higher than whites victimize blacks each year. In 2007, for example, according to the FBI’s ‘single offender victimization figures’ there were 433,934 crimes against whites, eight times the 55,685 whites committed against blacks.

It’s important to realize that this has nothing inherently to do with race, but everything to do with culture. That’s the core of it, in my view. Especially telling is that the vast majority of black kids in America grow up without fathers.

Comparatively few crimes committed against whites, Jews or East Asians are prosecuted as hate crimes, no matter what racial animus was involved, for the simple reason that the majority of hate crimes are federal matters that involve violations of civil rights. And our Department of Justice since Eric Holder became Attorney General has been very reluctant to prosecute any civil rights violations if they involve whites as victims.If we are to believe J.Christian Adams and others who used to work there, this is a deliberate policy, especially in the DOJ’s civil rights division.

This perception of bias in both the DOJ and in the media, combined with the current president and the DOJ’s high profile insertion into cases that involve black, Muslim, homosexual and Hispanic victims has led to an unfortunate backlash where a number of violent crimes with black perpetrators and white victims are being reported lately that emphasize the difference in how favored groups are treated vs. whites.

Many whites whom ignored President Obama’s close association with a number of racist groups and figures were given the impression by this president and his campaign that this would be a healing, post-racial presidency. It has been anything but, and the increased buyer’s remorse at the perceived unfairness is what’s driving the attention now paid to black on white crime.

The Right Planet: John McWhorter, a black associate professor of English and comparative literature at Columbia University, wrote in a recent article for Time:

The numbers don’t lie: young black men do commit about 50% of the murders in the U.S. We don’t yet know whether the attack on Lane was racially motivated, nor can we know whether the three black boys who attacked a white boy on a Florida school bus recently would not have done the same to a black kid. (Critics took Al Sharpton and Jesse Jackson to task for not condemning the violence.) But hardly uncommon are cases such as the two black guys who doused a white 13-year-old with gasoline and lit him on fire, saying “You get what you deserve, white boy” (Kansas City, Mo.) or 20 black kids who beat up white Matthew Owens on his porch “for Trayvon” (Mobile, Ala.).

So, it’s just fake to pretend that the association of young black men with violence comes out of thin air. Young black men murder 14 times more than young white men. If the kinds of things I just mentioned were regularly done by whites, it’d be trumpeted as justification for being scared to death of them.

If one just goes by the FBI Uniform Crime Report (UCR) statistics, violent crime in America is proportionately highest among blacks. Numbers aren’t racist; they just “are.”

If there is sensationalism, it’s the sort of manufactured racism witnessed in the Trayvon Martin case. Both the Justice Department and the state-run press exhibited a marked zealousness in attempting to influence public opinion and the court in favor of a guilty verdict against George Zimmerman. NBC even went so far as to edit tapes in an attempt to portray George Zimmerman as racist. The FBI even investigated Zimmerman but was unable to uncover solid evidence of a “hate crime” perpetrated by a “white Hispanic” against an innocent black teen. It’s pretty disturbing when one sees our own Justice Department, in league with the press, trying to influence a verdict for political gain, even if it means agitating racial divisions.

Recently there was the senseless murder of Christopher Lane by three teens, two of them black, who decided to kill somebody “for the fun of it.” Two of the teens had tweeted their hatred for whites on numerous occasions. When Al Sharpton was asked to comment on the Chris Lane murder, Sharpton replied, “Not my problem.” Apparently Sharpton did not see any injustice done. Nothing to see here, folks. Move along now!

What I think Sharpton reveals in his response to Chris Lane’s senseless murder is how to answer Sharpton’s own charges of racism. The next time Al Sharpton or Jesse Jackson start crying “RACISM!” just respond, “Not my problem.”

GrEaT sAtAn”S gIrLfRiEnD: Trick question or perhaps an even more better answer is Yes and No.

Check it – the media and auxillary talking heads, pundits and lamestream media’s never ending auxillary cadre of talking heads offering nonstop and often uncool uncalm and uncollected analysts, are actually feeding the flame. The Zimmerman thing for example is often portrayed in a racecarist way, inciting the easily excited among us to act out even more in revenge.

As best understood, crime stats are actually decreasing, yet intense media focus (or lack of it depending on the racialality of the victims and or perps) tends to make it sensational.