Well, it seems we have found some very treasonous information about weapons, terrorists, Benghazi and with a wave of the hand… Obama just declared war on America with American weapons and American money. With the newly introduced information provided by Glenn Beck on the radio this morning, the waiver of not selling weapons to known terrorist groups has been set aside. That means that all this time, Obama planned to destabilize the Middle East and America’s chickens have come home to roost.

It’s time for serious talk of impeachment of Obama and McCain for supporting the so-called Rebels, who as we’re finding out, are not so moderate and happened to be part of major terrorist networks. This very act alone is an act of treason and we should all be calling for impeachment of this traitor in our midst. I mean really… what will it take for common sense and decent people to get tired of this Islamic Nazism? Yes, I said it. Obama is an enemy of the state and the enemy of America and he needs to be out of office. With another mass shooting just yesterday, of course he’s asking for more gun control! Can you see a pattern here?

I don’t care what party you are in. Don’t you think now with this new information it’s time to support America and not the damn corrupt parties? Obama’s plans for you and me have nothing to with your well being and everything to do with compliance, stealing your money and killing you through force of arms or the death panels of Obamacare. Right at this minute, the final phases of Obamacare are going in place with more and more agents of the IRS, ATF AND EPA arming up against you and me. If you don’t comply period, there will be a price paid for the free stuff and ignorance.

The new Director of DHS is a MUSLIM BROTHERHOOD member. What do you think Obama was doing all this time with his more flexible second term? He was positioning all of his Islamic Nazis all over the board while most of America was distracted with DANCING WITH HAS BEEN STARS. We as Americans now have a grownup choice to make… it’s either to call on impeachment or put on shackles. As for me, let’s impeach everyone involved with this and all those supporting this traitor’s actions and policies. I bet two to one, some of the Democrats are feeling a little used right about now and they should!

I can imagine a time in the near future where if we don’t act now, we will face the Islamic/Arab faces of the DHS and we will be fighting them on the battlefield of suburban America and out in the streets. We will be facing Obama’s Drone Air Force as well. Let’s be honest… do you really want to do that? It’s coming faster than you think. They have been working, training and purchasing everything they can in preparation to imprison, torture and if you don’t comply or if you fight them, to kill every one of us period. I can’t get any more plainer than that. 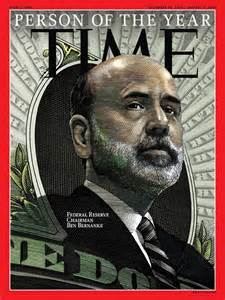 Crossing the line into ‘infamous person of the decade.’ The stock market surged today to new highs on the announcement by Fed Chair Ben Bernanke that the Fed would delay tapering. They will continue pumping money into an economy that is in a depression — bolstering a make-believe stock market and bogus employment and debt numbers that no one in America believes any longer. Lying and manipulation have become the norm – propaganda, the new truth:

WASHINGTON (AP) — The Federal Reserve has decided against reducing its stimulus for the U.S. economy, saying it will continue to buy $85 billion a month in bonds because it thinks the economy still needs the support.

The Fed said in a statement Wednesday that it held off on tapering because it wants to see more conclusive evidence that the recovery will be sustained.

Stocks spiked after the Fed released the statement at the end of its two-day policy meeting.

In the statement, the Fed says that the economy is growing moderately and that some indicators of labor market conditions have shown improvement. But it noted that rising mortgage rates and government spending cuts are restraining growth.

The bond purchases are intended to keep long-term loan rates low to spur borrowing and spending.

The Fed also repeated that it plans to keep its key short-term interest rate near zero at least until unemployment falls to 6.5 percent, down from 7.3 percent last month. In the Fed’s most recent forecast, unemployment could reach that level as soon as late 2014.

Many thought the Fed would scale back its purchases. But interest rates have jumped since May, when Fed Chairman Ben Bernanke first said the Fed might slow its bond buys later this year. But Bernanke cautioned that the reduction would hinge on the economy showing continued improvement.

Those jumping interest rates are the foreshocks of hyperinflation. Some dairy farmers are now warning that milk will be $6 a gallon before the end of the year. I wonder how many more will begin to go hungry in the once richest nation on the planet?

Amid the gyrations and lies, the Fed has downgraded the outlook for the economy — slightly:

WASHINGTON (AP) — The Federal Reserve has a more downbeat outlook on the U.S. economy for 2013 and 2014 than it did three months ago.

Next year’s economic growth will be a barely healthy 3 percent, the Fed predicts.

The unemployment rate is now 7.3 percent.

What bald faced lies… Unemployment is closer to 25% if you factor in those that have dropped out and part time employees. People are losing everything and starving behind closed doors. There are no bread lines because of the massive food stamp rolls – more people are on food stamps than the population of the east coast of the United States. Bread and circuses indeed – while poverty and hopelessness spreads its tentacles across the plains, the Obamas have thrown more than 50 star-studded parties. It’s nice to be king…

Wall Street is living a fantasy that will crash for good sooner or later. The elite will steal every dime they can, grasp every toehold of power, drink down every glass of bubbly while rearranging the deck chairs on the US Titanic. As they lock middle America below decks, they will drive the ship right into WW III and then take the life boats themselves. Until we sink to the inevitable bottom, the pumping will go on and on and on.