The book profiles fourteen Senators and more than fifty Representatives and their ties to the Communist Party USA, Democratic Socialists of America, Workers World Party, and The Institute for Policy Studies, Council for a Livable World and other radical anti-American organizations. Trevor has done the hard work to connect the dots of why the U.S. Congress has moved further and further left over our lifetime and you won’t want to miss him.

We look forward to seeing you there! Bring a friend!

The Voice of Freedom SuperPAC

Well folks… the votes are in and cloture passed with only 19 dissenting votes, with both of my Senators from Idaho voting ‘no.’ Not to anyone’s surprise, even those who weren’t paying attention, the Democrats of course voted down the line ‘yes’ and then the giant herd of RINOs were at the watering hole letting the lions chew on their withering hides. The stage is set for the House vote and then for Barry to veto the bill at his whim. I have never seen so many lemmings dropping off the cliff as I have these past five years. Wow! It’s incredible and the Democrats are actually going out there crying bloody murder if the shut-down happens. They are accusing any American Tea Party member or anyone else who opposes OBAMACARE of being a terrorist.

Let’s hear it for Senators MIKE LEE and TED CRUZ! What a refreshing bunch. Watching Mr. CRUZ going through 21 HOURS on his feet in the same suit and even reading a bedtime story to his little ones… that leaves an impression and a man who outright made good on his promises, now that is a new idea! But it didn’t take long for the usual weak minded RINO cannibals to start chowing down on Cruz. Self made, shrink-like Peter King labeled Cruz crazy and JOHN “TERRORIST SUPPLIER” MCCAIN called Cruz reckless and made the point that he should have just played the game like everyone else. Well, crusty John… that’s the problem — both parties have been playing a game and not doing the country’s business for so long, you’re now the most irrelevant leaders of the country. Even your own state of Arizona is going through the process to recall your worthless crusty butt. It should be noted MCCAIN, that when your nickname is Flipper, it’s not a compliment.

We have now seen that OBAMA and JOHN “FOOTBALL FACE” KERRY are willing to negotiate with terrorists, Islamic Nazis, Syria, Russia, the UN and even Mexican drug cartels over matters of money, oil, weapons and people’s lives, but they refuse to make a deal with the American people or the opposition party of note. Of course, the Republicans haven’t been a true opposition party in nearly 20 years and with the Progressive movement’s infection running through both parties at different speeds, it’s not going to change any time soon.

WILLINGNESS TO DESTROY AT ANY COST

When you have politicians willing to destroy the economy, liberty, capitalism, individual rights and the Constitution… all so they can fool us into thinking that free stuff is the American way and so you reelect them for another useless term and they stay in power so they don’t have to get a real job and get their hands dirty or put their backs out for an honest dollar, then it’s time to burn down their phone lines and e-mail servers and to drive their interns crazy. It’s time to have more peaceful protests all over the country. We need more recall elections, just like in Colorado or to have more 2 million biker rally’s. It’s not Congress’ job to operate a PONZI scam at your unmitigated expense. When was the last time the federal government produced ANYTHING that you wanted to buy, that in turn they earned any profit from? ZIP, ZERO… NOTHING! All government income is stolen workers’ income.

“NOT ALL SUICIDE BOMBERS WEAR A C-4 VEST AND RUN INTO CROWDED SHOPPING MALLS… MOST THESE DAYS WEAR BUSINESS SUITS AND CRY ‘TERRORIST’ WHEN THE AMERICAN PEOPLE OPPOSE THEM AND THEN BLINDLY STAND BY A SOFT TYRANT.” – GERLAD LOEFFERS 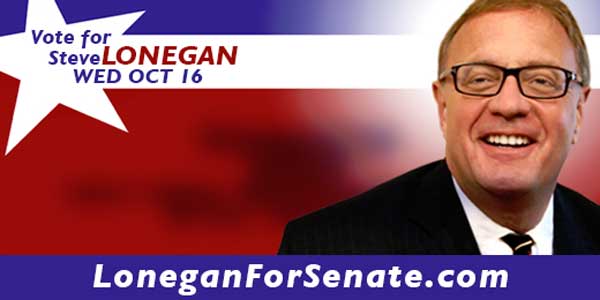