Today is Columbus Day, the day we honor the 15th Century Italian explorer Christopher Columbus and the Catholic monarchs of Spain, Ferdinand II of Aragon and Isabella I of Castile, for financing his quest. After Columbus discovered America in 1492, it was closely followed by the settling of New England by the Puritans who escaped England to protect religious freedom. Things worked well here until the atheists arrived, then came the communists and the liberals and the Democratic Party and then we all went to hell in a hand basket. Because of the holiday I expect the news to be relatively quiet today so I am going to recap some interesting stories about prominent Democrats that my liberal newspaper didn’t bother to write about. And follow up with a commentary on the violence in America that can be traced to the Democratic Party.

There are two important political races going on. In New Jersey they will be voting this Wednesday on a special election for the U.S. Senate to replace Democrat Frank Lautenberg who died in January and in Virginia, the race for governor will be decided on November 5, 2013. The Democratic Senate candidate in New Jersey is Newark mayor Cory Booker and the interesting part of this race are the allegations that Cory Booker doesn’t live in the city of Newark or even in the state of New Jersey. The allegations were reported on The Daily Caller which tracked down several residences listed by Booker, none of which were his home. Neighbors were interviewed and they said he never lived in any of them.

Multiple residents of Newark told The Daily Caller that the longtime mayor doesn’t live at any of the addresses he has claimed as home. The mayor is believed to live in New York even though he is registered to run for New Jersey’s special senate election.

Booker, who filed to run for the U.S. Senate from a P.O. Box in Newark, is registered to vote at 435 Hawthorne Avenue but his next door neighbors told this reporter and filmmaker Joel Gilbert on camera that they haven’t seen Booker in years and that he doesn’t live there.

In the state of Virginia, the Democratic Party candidate Terry McAuliffe has been caught up in a scandal involving Joseph Caramadre, a wealthy businessman who made high value contributions to the Democratic Party campaigns of Hillary Clinton and Harry Reid and who pleaded guilty to a fraud that used the stolen identities of dying people to apply for annuities and bonds. This profitable practice was joined by Terry McAuliffe, himself, who also invested $47,000 in the scheme.

As expected, the pro-Democrat liberal news media hasn’t reported on this to any length.

Did the Devil make them do it?

A recent survey found that 57% of Americans believe the Devil exists. 65% of Republicans surveyed said they believed the Devil is real versus only 55% of Democrats. I believe that a sizable chunk of those 55% of the Democrats that believe in the Devil represent those who may actually worship the Devil as evidenced by those Democrats who attended their 2012 National Convention who loudly voted to remove the name of God from their party platform. To be fair, a large part of the 35% of Republicans who don’t believe in the Devil are probably RINOs. As liberal Democrats try to distance themselves from the Judeo-Christian beliefs that helped shape our country, their actions give credence to the literary proclamation that “The Devil’s greatest accomplishment was convincing the world he didn’t exist.” But within the scope of our national peril there must also be room for the argument that with the help of the Democrats, “The Devil’s second greatest accomplishment was convincing the world that Islam is a religion of peace.” 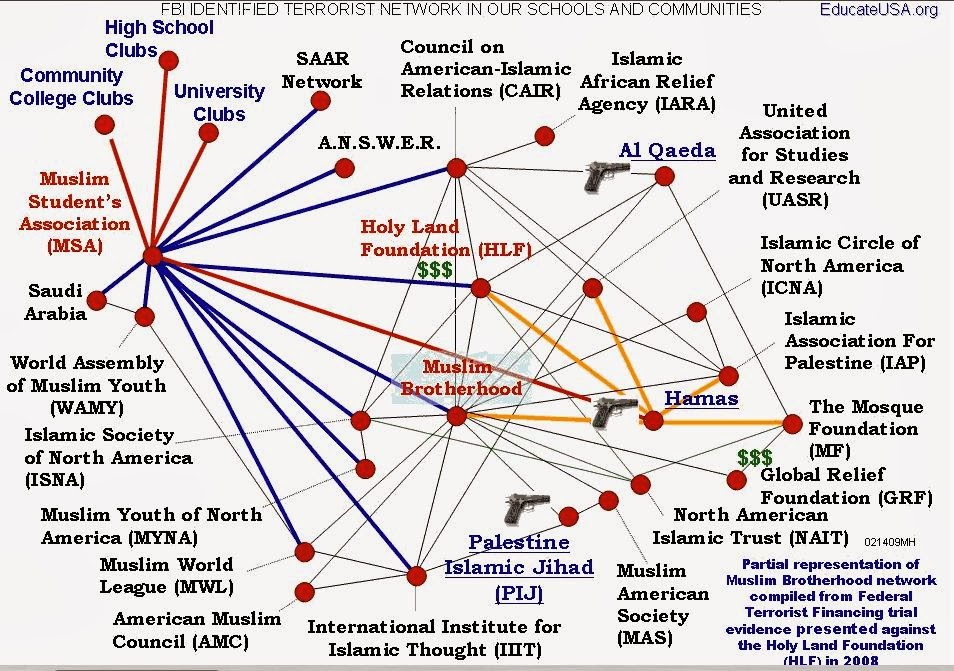 And this leads to one more observation. We live in a very troubled world today, both at home and abroad, where war and the slaughter of innocents take place every day. This widespread killing seems to come from two major sources of trouble: the mentally ill who roam our streets and the Muslims who hate everything that is not a part of Islam. We have the Democrats to thank for both. During the Democratic controlled administration of Bill Clinton, the enlightened liberals decided that putting mentally ill people in institutions was demeaning to their self respect so most of the insane asylums were closed and the patients released to live among society. That noble gesture resulted in a slew of mass homicides over the last 20 years committed by mentally ill people. Coincidentally, the Democrats used every act of gun violence to repeat their call for more Gun Control. Along the way, Democrats made allegiances with Muslim groups such as CAIR, the Council on American-Islamic Relations, their affiliated terrorist supporting groups such as ISNA, the Islamic Society of North America, which includes the MSA, the Muslim Student Association active on almost every college campus, and The Muslim Brotherhood. Several members of The Muslim Brotherhood have been appointed to positions within the Democrat administration of Barack Hussein Obama, including Homeland Security. It was also revealed that during the Clinton administration, the Democrats had been given the opportunity to kill Osama bin Laden, the leader of the radical Muslim terrorist group al Qaeda, but Bill Clinton declined the offer thus allowing Osama bin Laden to further carry out plots against America, culminating with September 11, 2001. The same pro-Democrat liberal news media that covered up Obama’s radical, communist mentored past, his Muslim religion and his connections with domestic terrorists Bill Ayers and Bernadine Dohrn, subsequently began to white-wash Muslim terrorist plots and their accomplishments in America while using the acts of mass killings by guns in the hands of the mentally ill as an excuse to push to disarming Americans. A few of the worst mass shootings by mentally ill people include the following as well as two mass killings by Muslims:

While many Americans relish in the soft and fuzzy thoughts of diversity and political correctness (aside from their newly created part-time jobs thanks to ObamaCare), the Democrats are hard at work plundering our treasury, pushing amnesty to gain millions of new voters, causing havoc with our economy and weakening our military. And their Republican counterparts, namely Speaker John Boehner and Senator Mitch McConnell, are preoccupied with trying to make friends and attack everyone who has anything bad to say about the Democrats. The only one in the Senate who spoke the truth about this country club mentality was Sen. John McCain who stated during a presidential campaign stop in 2008 that he would never say anything bad about a fellow member of the Senate. Too bad more people didn’t pay attention.