I recently came across a short article by Tim Murphy at a website called Mother Jones. The title of the article[1] shrieked out “Anti-Islam Activists Are Freaking Out About Crayons Now”! The alarmist tone anticipating some kind of ‘crayon war’ seemed to me to be yet another example of smearing, as unreasonable, people who have concerns about sharia. Like the widespread usage of the term ‘Islamophobia’ to demonise people this approach seems to be part of a general refusal to discuss the issues and engage in dialogue. It would have been far more positive if the article had tried to engage with those with whom it disagreed.

The article related to a decision by crayon manufacturer Crayola to make Islam themed colouring books for Ramadan and the negative reaction to this from some sharia critics. Unfortunately, negative rhetoric sometimes results when people feel that their culture is being routinely discriminated against. Many people believe that Islam is being promoted while other religions are being undermined; the colouring book decision obviously touched this particular nerve. This is the real issue and those that engage in promotions such as the one organised by Crayola should try to be sensitive to such feelings.

They should also, perhaps, do a bit more research before they begin similar promotions in future. What immediately struck me about the Mother Jones article was that the image that was used to illustrate it may actually be regarded by many Sunni Muslims as un-Islamic. This relates to the picture of the boy kneeling down happily reading his book (the Koran?). The decision to include this particular image ignored the prohibition of Aniconism is Islam. A Wikipedia article makes this basic point as follows:

“Aniconism in Islam is a proscription in Islam against the creation of images of sentient living beings. The most absolute proscription is of images of God in Islam, followed by depictions of Muhammad, and then Islamic prophets and the relatives of Muhammad, but the depiction of all humans and animals is discouraged in the hadith and by the long tradition of Islamic authorities, especially Sunni ones. This has led to Islamic art being dominated by Islamic geometric patterns, calligraphy and the barely representational foliage patterns of the arabesque…”[2]

The article in fact reminded me of another faux pas made by a school that changed the name of a play from the three little pigs to the three little puppies[3] without realising that dogs as well as pigs are haram in Islam.

Well-meaning but ill-informed people who blindly embrace political correctness often seem to know very little about the subjects on which they make judgements. Similarly those who denounce sharia critics as somehow being “racist” often have a profound lack of knowledge themselves. They seem to believe that feeling something in their heart makes that something so. It is therefore ironic when “Islamophobes” are accused of lacking knowledge of Islam. The website Unveiling Islamophobia provides the following introductory sentence in its misconceptions section:

“In many, if not all cases, Islamophobia is often fueled [sic] by a lack of knowledge of Islam itself.”[4]

This raises the question of who the real “Islamophobes” are. Are they the sharia critics who have done extensive research or the politically correct pro sharia crowd who have not?

Crayola’s decision to create a themed colouring book for Ramadan is certainly not a problem as far as I am concerned. In fact, concern for the freedom of artistic expression is what made me concerned about sharia in the first place. I am in favour of Islamic artistic expression just as much as I am in favour of other forms. However, Crayola should perhaps consider making themed colouring books available in relation to the festivals of other religions too. Will Crayola be giving out free Christian themed colouring books at Christmas, Hindu themed ones at Diwali, or atheist themed ones on Richard Dawkin’s birthday? By treating all religions and beliefs equally Crayola could be making its own unique contribution to inter-belief dialogue. “Harmony through colour” might be a good slogan to promote such a campaign. After all, colour is the business of Crayola and colour is evident in many religious themes. [UPDATE: If Crayola have already done this then they are certainly worthy of positive recognition – if there are any such promotions then please link to them in the comments] 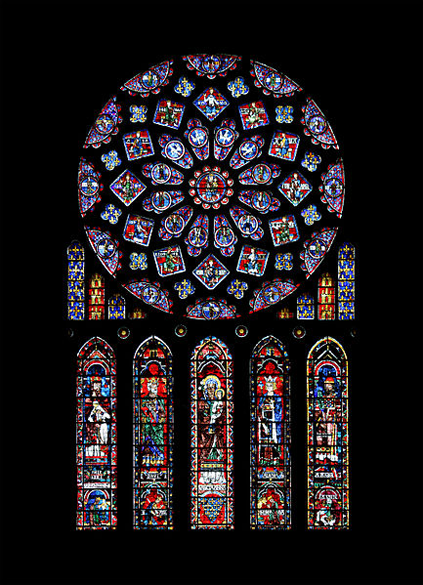 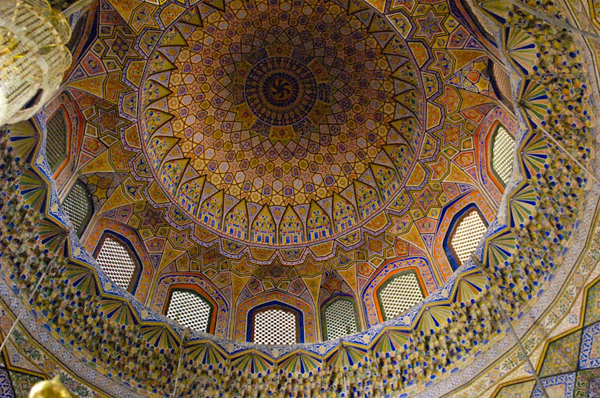 Interior of the Shrine of Hazrat Ali, Afghanistan showing colour in Islam 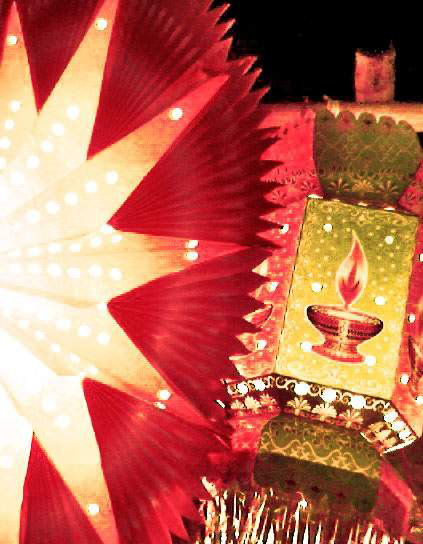 Islamic art is beautiful and unique and should be celebrated along with other art forms. Sometimes the coming together of artistic traditions can create new and interesting results. When Roger II conquered Islamic Sicily Muslims were tolerated and he had Muslims in his royal court:

“Roger II hosted at his court, among others, the famous geographer Muhammad al-Idrisi and the poet Muhammad ibn Zafar.”[5]

He also must have embraced the artistic skills of many of his new Muslim subjects judging by the eclectic artistic legacy that has been left behind. On a visit to Monreale Cathedral near Palermo in Sicily I saw how Byzantine, Arab, and Norman artistic traditions came together seamlessly and enhanced one another is the same space. In Monreale, pagan columns, Biblical pictorial scenes, and Islamic geometric patterns formed the artistic components of the cathedral.

One thought on ““Islamophobia” Imagined? – Crayon Wars or Harmony Through Colour”