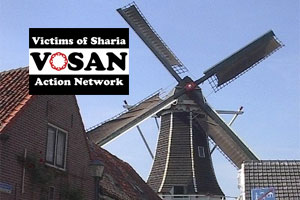 Human Rights Abused: Freedom of religion; freedom of expression; the right to life, liberty and security of person; the right to seek and to enjoy in other countries asylum from persecution.

Background to the Case: Kamran Simon Saif is a young Christian man from Karachi in Pakistan whose family in Pakistan are under attack from Islamic extremists and one relative has already been murdered. Mr Saif fled Pakistan and reached the Netherlands in March 2010. His life and the lives of other members of his family is still in danger in Pakistan.

Nevertheless, the Dutch authorities withdrew his right to residence in the Netherlands in March 2013 and put him in detention. After three months in detention he won an appeal in the Dutch High Court and was release on 27 May 2013. The Dutch authorities were sent a document from Pakistan’s National Database and Registration Authority (NADRA) in September 2013 that confirmed his identity. However, the Dutch Authorities proved unwilling to recognise the mortal danger that he would be placed in if he was returned to Pakistan. The have again refused him residence in the Netherlands and want to send him back to Pakistan where he his life will be put in jeopardy.

The authorities in the Netherlands seem unwilling to recognise the persecution that Christians experience in places like Pakistan.

Goal: That Kamran Simon Saif be granted asylum in the Netherlands and that the Dutch Government recognises the plight of persecuted Christians in Pakistan when considering asylum requests.

Action: The International Civil Liberties Alliance recommends activists to do the following:

NB. Be polite and respectful in your letters. The postal addresses of Dutch embassies in various countries can be found HERE.