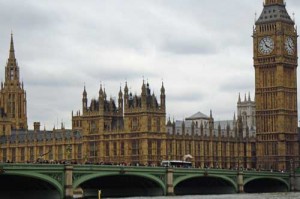 Today ICLA attended an event at the House of Lords at which a new and important organisation, Sharia Watch UK, was launched. The new organisation will campaign for recognition of the dangers posed by sharia law in the UK, particularly in relation to women’s rights. ICLA has been highlighting similar issues as part of its Victims of Sharia Action Network (VOSAN) initiative and welcomes the creation of the new organisation.

Sharia Watch UK was introduced by Anne-Marie Waters at the House of Lords event who emphasized several times that she was only interested in telling the truth. The event was hosted by Baroness Caroline Cox who has campaigned against the use of sharia law in tribunals and councils across the UK. Lady Cox has argued that sharia law “undermines the most fundamental principles of equality enshrined in British law” in respect of its treatment of women.

The new Sharia Watch UK web resource aims to highlight the impact of Islamism in Britain, and the often hidden face of is proponents. Sharia tribunals and councils currently operate a system of family law in the UK which denies women unilateral divorce rights – even in cases of domestic violence. Sharia family law also denies child custody to women and treats their testimony as worth less than that of their husbands.

At the launch a new report, ‘Sharia Law – Britain’s Blind Spot’, was published. The report analyses the beliefs of apparently “mainstream” Muslim organisations and argues that such beliefs represent an extremist view and should be regarded as such. Some of the senior figures involved in these groups advocate not only sharia law, but “jihad” against non-Muslims. Furthermore, they express a desire for a full Islamic state – including barbaric punishments – in Britain. Such groups have been represented as “moderate” and endorsed by the legacy media and mainstream public figures.

Sharia Watch UK will show the public, and our political leaders, the extent of the threat that sharia and Islamic extremism pose to the rights and freedoms of women, freedom of speech, and democratic principles.

ICLA’s representative at the event did notice that journalists from The Times and the Daily Telegraph present at the event. It will be interesting to see whether those news outlets actually report anything about the event or whether the event will be conveniently ignored by the legacy media altogether or relegated to parts of their website where the fewest people will get to read them.

The following are some articles that have already been written online about the event: