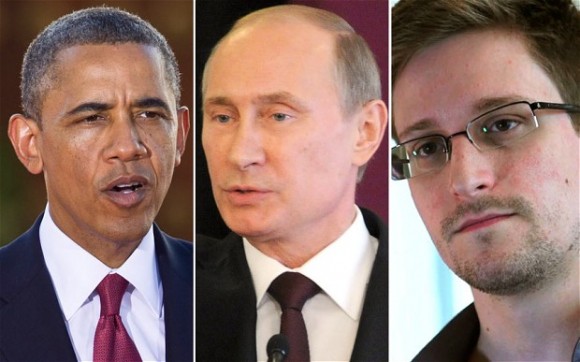 As the fallout continues from NSA leaker Edward Snowden’s first U.S. television interview, there is a dramatic report that “negotiations” are underway to allow the traitor to return to the U.S., in exchange for a form of immunity from prosecution.

The prospect of Snowden getting back into the U.S., and evading prosecution for some, or most, of his crimes has taken on special importance because of the Obama deal to exchange five terrorists from Gitmo for an American soldier who, by most accounts, deserted his fellow soldiers.

An Obama deal to take Snowden back, in negotiations that seem designed to make him look like a hero, cannot be considered out of bounds for an administration that makes deals that support terrorists in the Middle East. The broker in the Sgt. Bowe Bergdahl deal, the government of Qatar, protected terrorists, including the mastermind of 9/11, Khalid Sheikh Mohammed, for years. It also sponsors the Al Jazeera channel.

Snowden is “considering” returning home to the U.S. under certain conditions, his lawyer told German news magazine Der Spiegel. The lawyer, leftist radical Wolfgang Kaleck, insisted that “There are negotiations” underway and that “an amicable agreement with the U.S, authorities will be most reasonable” when it is completed.

His bio discloses that Kaleck worked from 2004 until 2008 with the Marxist Center for Constitutional Rights (CCR) to pursue frivolous criminal proceedings against members of the U.S. military, including former Secretary of Defense Donald Rumsfeld. The allegations concerned treatment of suspected terrorists at Guantanamo and U.S. prisons in Iraq that were described by CCR as “war crimes.”

Another German lawyer assisting Snowden is Hans Christian Ströbele, who represented the communist terrorist group, the Baader-Meinhof Gang—also known as the Red Army Faction (RAF). Ströbele had met with Snowden in Moscow.

Despite the media’s best efforts to make the NSA leaker look like a patriotic whistleblower, an NBC News poll finds that only 24 percent back Snowden’s actions. The way NBC phrased the poll probably inflated support for Snowden.

In the poll, NBC asked people if they backed the “release of information about how government agencies collect intelligence data.” That phrase is a gross understatement about the impact of the classified documents Snowden stole from the NSA and released to Glenn Greenwald and others. Even so, only 24 percent in the poll supported the document thief. This compared with 34 percent who disagree with his actions, and another 40 percent who said they didn’t have an opinion.

Among those who say they’ve closely followed the story, NBC said that 49 percent oppose Snowden’s actions and 33 percent support them.

NBC added, “The overall numbers are essentially unchanged from a January 2014 NBC News/Wall Street Journal poll, when 23 percent of registered voters said they supported Snowden’s actions, versus 38 percent who opposed them.”

About a year ago, a Washington Post-ABC News poll found that a majority of Americans—53 percent—said that Snowden should be charged with a crime for his leaks.

In fact, Snowden has been charged with various crimes, including espionage and theft of government property. But President Obama failed during his recent foreign policy address to call on Moscow to return the former NSA employee to the U.S. to stand trial. This stance can be explained by the fact that negotiations are underway for his return.

Snowden’s NBC News interview, regarded by most observers as a sympathetic platform for the leaker, has backfired in various ways. Much of the criticism has focused on how Brian Williams failed to press Snowden on his claims. It now appears that Snowden lied to Williams about pursuing various internal channels in order to bring alleged abuses to the attention of NSA authorities.

“I actually did go through channels, and that is documented,” Snowden told Williams. “The NSA has records, they have copies of emails right now to their Office of General Counsel, to their oversight and compliance folks from me raising concerns about the NSA’s interpretations of it—legal authorities. I reported that there were real problems with the way the NSA was interpreting its legal authorities. And I went even further in this, to say that they could be unconstitutional, that they were sort of abrogating our model of government in a way that empowered presidents to override our statutory laws. And this was made very clear. And the response was, more or less, in bureaucratic language, was, ‘You should stop asking questions.’”

The NSA added, “There are numerous avenues that Mr. Snowden could have used to raise other concerns or whistleblower allegations. We have searched for additional indications of outreach from him in those areas and to date have not discovered any engagements related to his claims.”

It appears that Snowden and his followers are hoping to convince young people that, as he claimed on NBC, he has been a true patriot. A comic book “biography” about Snowden has been released by Bluewater Productions. Although it is supposed to be sympathetic, it emphasizes one aspect of his career that hasn’t gotten much attention—signing up for Special Forces. “Most of the people training,” he says of his fellow soldiers, “seemed pumped up about killing Arabs, not helping anyone…” Snowden did not complete his training.

If this exchange is true, it means that Snowden developed a hatred of the U.S. military’s mission that eventually may have taken the form of stealing classified documents in order to damage U.S. military and intelligence operations in the Middle East. Snowden’s handler and mouthpiece, Glenn Greenwald, sympathizes with the Arab/Muslim cause and once called the 9/11 terrorist attacks on America “minimal in scope,” compared to what the U.S. military was supposedly inflicting on the rest of the world.

“Snowden’s experience in the Army would be only one of a series of disillusionments to follow,” the comic book says. In this sense, Snowden sounds like a Bowe Bergdahl-type character.

“Support for Snowden made strange bedfellows,” it says.