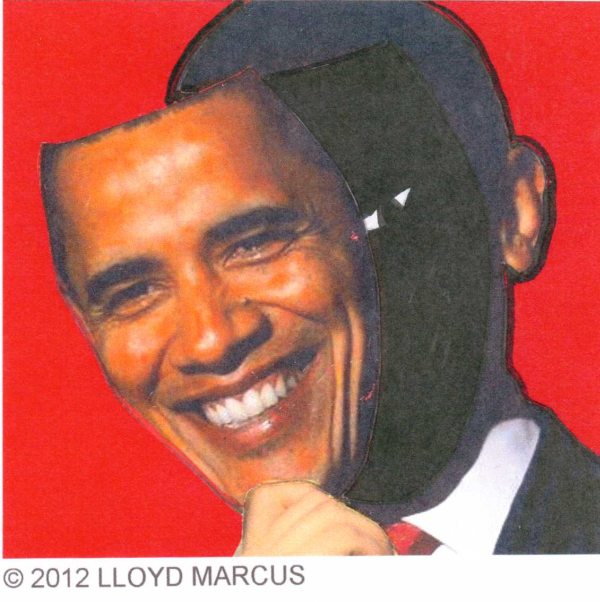 Clearly, no amount of unprecedented unlawful power grabs, narcissistic behavior, blatant lies http://bit.ly/1bIzuBy and ignoring of the Constitution will sway the mainstream media and the Democrats from their loyalty to Obama. Why? The answer is Obama is black which makes him their ultimate weapon of mass destruction able to nuke traditional America. Obama’s mission is to cram his radical socialist/progressive dream for America down our throats.

Obama’s reign of terror is but a mere preview of things to come if the MSM and Democrats are successful in duping American’s into handing Hillary Clinton the keys to the Oval Office. Just as Obama has ruled as America’s first king, Hillary will be our first Queen. Anyone who dares to criticize or oppose Queen Hillary’s radial liberal agenda will be branded a sexist and severely punished; subjected to a high tech lynching; their politically battered carcasses left on public display to ward off other outspoken conservatives/Republicans.

The frightening inconvenient truth is the MSM, Democratic Party and Obama consider American suffering and loss of life acceptable collateral damage to protect Obama and implement his agenda. His black skin provides Obama perfect political cover, similar to an impenetrable suit-of-armor, providing the Left with a unique golden opportunity to implement all of their unsellable liberal utopian fantasies. The best interest of the American people even takes a backseat to the Left’s and Obama’s obsession with appeasing our enemies.

Please allow me to recap incidents over the past 5 years which confirm that Team Obama (the MSM and Democrats) believes protecting their golden child and his agenda despicably trumps American lives.

While this first example is before his presidency, it does illustrate the cold callous political calculating nature of Obama, the man. As an Illinois Senator, Obama voted against the Born Alive Infants Protection Act “three” times. http://bit.ly/1hgh1ll The law would authorize hospital staff to provide medical assistance and try to save the lives of babies who miraculously survive abortions. Before the law, hospital staff was legally forced to simply place the baby into a room until it died. To secure the radical feminist vote, Obama insidiously voted against allowing staff to assist these feisty infant survivors; acceptable collateral damage to furthering his political ambitions.

Four Americans, including our brutally tortured U.S. Ambassador, Chris Stevens, were killed during an Al-Qaeda terrorist attack on our consulate in Benghazi, Libya. The Obama administration’s behavior before and after the attack is the epitome of cold hardhearted political cover-up and posturing.

In a cold calculated act of political deceit, Secretary of State at the time Hillary Clinton lied to the parents of the victims while looking them in the eye and shaking their hands. Hillary vowed to punish the guy who made an anti-Muslim video, knowing full well that the attack had nothing to do with a video.

Why is the Administration hellbent on hiding the truth about the Benghazi attack? One reason is the Administration, Democrats and the MSM will not tolerant evidence disproving Obama’s claim that terrorism is over; particularly right before the 2012 presidential election. One could conclude that team Obama considered the deaths of our U.S. Ambassador and a few former Navy SEALs acceptable collateral damage to secure Obama’s reelection.

Here is another example of the Democrats putting furthering Obama’s agenda above American lives, only this time, we are talking children. During the government shutdown, Republicans wanted to vote to make sure the shutdown would not hinder kid’s with cancer from getting their medicine. Remarkably, Senate majority leader Democrat Harry Reid blocked the Republican’s efforts. Reid placed making Republicans look bad above the lives of children. CNN reporter Dana Bash asked Reid, “If you can help one child, why won’t you do it?” Reid replied, “Why, why, why would we want to do that?” Deplorably evil, cold and politically calculating. http://dailym.ai/1nkwEdL

While we have not yet experienced the true horrors of Obamacare once it is fully implemented, Obamacare is wrecking havoc on American lives. Cancer patients are losing their doctors who have been keeping them alive. Millions have lost their excellent healthcare plans which Obama repeatedly promised they could keep. As Sarah Palin warned, there will be death panels, rationed care and diminished care. Single payer government controlled healthcare is a major component of Obama’s fundamental transformation of America. Therefore, truth about Obamacare will not be tolerated. So, how have the Democrats dealt with testimonies from Americans expressing how Obamacare has devastated their lives? Harry Reid called them a bunch of liars. http://bit.ly/1cnnN0J

If there was any doubt that Barack Obama is a cold hardhearted political calculating megalomaniac, trading deserter Bowe Bergdahl for five major Taliban generals who will surely plot to kill more Americans confirms it. Empowered by Obama’s trade, the Taliban promises more kidnappings. http://dailym.ai/1rOWVTV Every political action truly is all about Obama, mmm, mmm, mmm. Once again displaying his unprecedented arrogance, Obama ignored the law which required that he give Congress 30 days notice before transferring detainees out of Guantanamo. http://bit.ly/1kNyaO6

What has emboldened Obama to continuously boldly go where no white president has gone before? The answer, his black skin suit-of-armor. Despite Obama’s multiple crimes and misdemeanors against the American people and the Constitution, serious opposition to the first black president is simply not an option for many in the GOP and MSM.

It is plain to see the pattern of behavior of Obama and his minions. They protect Obama and further their agenda at any and all cost while engaging in maximum exploitation of his skin color for perfect political cover. Therefore, because Obama is black, Americans suffer and die.

One thought on “Because He is Black, Americans Suffer and Die”