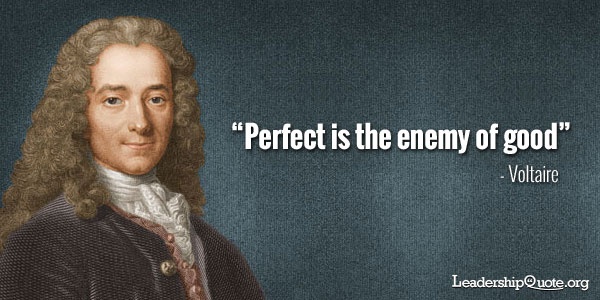 I wrote a post earlier today extolling the electability and rise of Ted Cruz. I have been called and written to by several people complaining about a number of problems they see with Cruz. I will not debate them here at length. I will just state flatly here and now that I feel that Ted Cruz is our best shot at a Constitutional candidate — the best we have seen in many years, as a matter of fact.

It strikes me that so many on the ‘so-called’ Right have made it their priority to attack Cruz on his eligibility (Constitutionally I believe he is eligible), or his wife for working with Goldman Sachs, or the fact that he is in their eyes ‘unelectable’ because he has alienated too many in Washington (that’s a plus in my book). We are spending so much time attacking our own, I think we have forgotten who the real enemy is. If we will only elect a perfect candidate, we will never elect one again on our side. None of us is perfect and all of us have made bad calls in our life. Ted Cruz is an honest, decent, true Conservative and he is not the enemy.

The perfect is the enemy of the good is an aphorism or proverb meaning that insisting on perfection often results in no improvement at all. The phrase is commonly attributed to Voltaire whose moral poem, La Bégueule, starts:

(In his writings, a wise Italian
says that the best is the enemy of the good)

Cruz is the strongest Constitutional Conservative out there. He is not beholden to anyone on either side. He stands by what he says and means it. He may stand alone, but that shows character, not unelectability. We should support our strongest candidates and get behind them — not nitpick them to death or tear them apart. Notice that the Left does not do this. For all of Hillary’s warts (and there are many), the Progressive Marxists are behind her.

A friend of mine and occasional contributor to the blog, Citizen Scribe, had this to say about what he calls “The Myth of Electability” as a concept:

In every election cycle I find myself in any number of discussions about the best candidate for this or that. Inevitably someone in the discussion trots out the ‘electability’ trope. It’s a way to win arguments without having to present any actual data. It’s an assertion that’s simply not provable, as it depends on facts not in evidence. It is a form of inspired laziness. It is pretended wisdom (“I know something you don’t”).

Reagan was unelectable … or was until he was elected. Lincoln was unelectable. Bush 41 was a shoo-in … until he wasn’t. The history of elections in the United States is strewn with egregious predictions and declarations. Dewey Defeats Truman! Except, well, he didn’t.

In order to know that someone is unelectable, you have to be privy to some piece of knowledge denied the man in the street. Now, if you are Stalin, or one of his minions, you know that (famously) it’s not who votes that counts, it’s who counts the votes. Said differently, if you know there’s going to be a fiddle, and you yourself are the fiddler, then you may indeed declare who shall be unelectable.

It’s a favorite insiders’ game in Washington DC to pronounce someone as unelectable, especially if he is a DC troublemaker, rabble-rouser, or boat rocker. It’s the DC equivalent of Damning With Faint Praise, where you can pretend to like someone while cursing him as ‘unelectable.’

Electability is a simple matter. If enough of the population likes and and votes for you, then you are, by definition, electable. But you won’t know that until after the fact. By pretending to know the mind of the citizenry, you attempt to create a self-fulfilling prophecy by predisposing the electorate to abandon a candidate on the grounds that “nobody else will be voting for him, so why should I?”

“Electability as peddled by press and politicos is a myth. It is arrogance of pretended knowledge. To the voter I say this: vote your conscience. To the candidate I say this: speak your mind and speak your heart; speak to the voters only, do not play the pundits. You are as electable as the voters — individually — decide you are on election day.

“We are the electorate. Speak to us. Listen to us. We will vote for you. And the gods of Olympus and DC be damned.”

In the end, each of us must vote for the one who he feels is the best fit, the strongest candidate. It is an individual choice as it should be. But sometimes I worry that we are our own worst enemy.

Perfect is the enemy of good and we have met the enemy and they are ours. What our Founding Fathers knew is as true today as it was in their day: We must all hang together, or assuredly we shall all hang separately.

10 thoughts on “Perfect Is The Enemy Of Good”