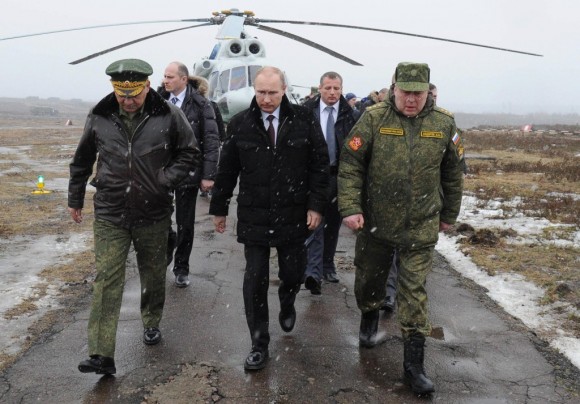 With a Holy War raging in the Middle East, Russian aggression and war plans against the West have fallen off the front pages. But consider this page-7 story in the June 18 Washington Post: “European countries are selling arms to Russia while condemning it over Ukraine.”

Believe it or not, major U.S. “allies” are helping Russian President Vladimir Putin modernize his military war machine. The first paragraph sums it up: “The French are sending Russia advanced helicopter carriers. Germans built it a high-tech military training facility. Italians have been shipping armored vehicles.”

The story, by Michael Birnbaum, the Post’s Moscow bureau chief, noted that Russia remains a major arms exporter but that “after Russia’s brief war with neighboring Georgia in 2008, top leaders rethought their old habits. Although Russia ultimately prevailed in that conflict, its soldiers proved ill-equipped and disorganized, struggling with Soviet-era equipment that failed them on numerous occasions. So leaders turned to the West to boost their capabilities.”

The West complied, in order to make future Russian conquests more easily accomplished by the Kremlin.

In the Middle East, Putin has announced his “full support” for Iraqi premier Nuri al-Maliki, facing a Sunni insurgency, and is already delivering weapons promised in a $4.3 billion Iraqi deal with Moscow which was made in 2012. At the same time, the Russian oil company Lukoil is producing crude from Iraq’s second-largest oil field.

Igor Sutyagin, a Russian military expert at the London-based Royal United Services Institute, told Birnbaum that the exports from Europe have been critical to the Russian military’s efforts to modernize. They bring to mind a threat from Putin’s mouthpiece on Russian TV, Dmitry Kiselyov, that Russia is “the only country in the world capable of turning the USA into radioactive dust.” Russia has 8,500 nuclear weapons—800 more than the United States.

These deals with Moscow make the activities of Armand Hammer seem mild by comparison.

Hammer was the chairman of Occidental Petroleum and a champion of East-West trade whose father Julius laundered money to establish the first Soviet espionage networks in the United States. Armand Hammer was himself exposed as a Soviet agent who helped former Vice President Al Gore and his family become rich.

Trade with the USSR served Soviet interests then, and it serves Russian interests today.

In modern times, the situation is even worse, as U.S. allies actually supply military hardware to Moscow.

As if this wasn’t bad enough, you may have noticed in stories buried inside the newspapers that the U.S. is actually dependent on the Russians for some military hardware. A page-14 Post story on June 19 noted that “the nation’s most established launch company,” the United Launch Alliance, a joint venture of Lockheed Martin and Boeing, may develop its own rocket launch engine rather than rely on Russia.

Yes, you read that right: The U.S. has been relying on Russia for rocket engines. United Launch Alliance, or ULA, uses the Russian RD-180 rocket engine to launch Atlas V rockets carrying U.S. military and spy satellites. Since minor sanctions were imposed by the U.S. over the Russian invasion of Ukraine, the Russian government has announced in response that it will deny America’s use of Russian rockets to access the International Space Station.

Equally outrageous, the Pentagon has been buying Russian helicopters—the Mi-17—at a total cost of $1 billion for the Afghan Air Force from Rosoboronexport, the state agency for arms exports, which also supplies arms and ammunition to the regime of Bashar al-Assad in Syria.

The Associated Press said secret documents confirmed that the U.S. Army’s Chinook helicopter, built by Boeing in Pennsylvania, was found to be “the most cost-effective single platform type fleet for the Afghan Air Force over a twenty year” period. Senator John Cornyn (R-TX) asked, “So why are we buying Russian helicopters when there are American manufacturers that can meet that very same requirement?” (The Pentagon says it has canceled additional purchases of the Russian helicopters.)

But the situation is so bad that Senators Dan Coats (R-IN), Richard Blumenthal (D-CT), and Cornyn have introduced the Russian Weapons Embargo Act of 2014, to make sure the Pentagon and other executive branch agencies stop buying Russian weapons.

In another outrage, Reuters reported last July that billionaire Russian businessman Gennady Timchenko, an associate of Russian President Vladimir Putin, planned to seek financial backing from the U.S. Export-Import Bank to buy as many as 11 aircraft from Gulfstream Aerospace of Savannah, Georgia. Reuters said at the time that to “allay possible U.S. government concerns about him, Timchenko hired lobbyists from the powerhouse Washington law firm Patton Boggs” to make the case on his behalf.

Patton Boggs was represented at the recent U.S.-Russia Forum in Washington, D.C., held in the Hart Senate Office Building. Many of the participants were involved in U.S.-Russia trade deals.

Timchenko was subsequently placed on a list of Russians sanctioned over the invasion of Ukraine. But Rosie Gray of BuzzFeed reported in March that Patton Boggs would not comment on whether it still represents Timchenko or not, and whether the deal is still on.

The U.S. Export-Import Bank’s current charter is set to expire in September. The Wall Street Journal reports that Rep. Jeb Hensarling (R-TX), chairman of the House Financial Services Committee, “has urged fellow lawmakers both publicly and privately to not support reauthorization, referring to the agency as an example of ‘crony capitalism’ and saying it put taxpayers at risk through its loan portfolios.”

In the case of Russia, the “crony capitalism” was being proposed as a way to help one of Putin’s cronies.

The Journal added, “The last time this was an issue, in 2012, current House Majority Leader Eric Cantor (R-VA) circumvented Mr. Hensarling and brokered a two-year reauthorization. But with Mr. Cantor stepping down as leader at the end of July, it remains unclear whether his likely replacement, current Majority Whip Rep. Kevin McCarthy (R-CA), would similarly step in.”

The answer is in. McCarthy was elected as Cantor’s replacement and was asked on Fox News Sunday if he “would allow the Ex-Im Bank to expire in September?” He said, “Yes, because it’s something the private sector can be able to do.”

Dan Holler of the Heritage Foundation notes that the 2013 annual report of the U.S. Export-Import Bank says it guaranteed more than $580 million in export funding during the last fiscal year for exports to Russia—up 177 percent from fiscal year 2012.

The higher figure undoubtedly reflects the influence of the Obama/Clinton Russian “re-set” and the passage by Congress of Permanent Normal Trade Relations (PNTR) for Putin’s Russia, as well as the country’s entry into the World Trade Organization.

The Coalition for U.S.-Russia Trade, housed at the U.S.-Russia Business Council, pushed PNTR for Russia. It passed the Senate by 92-4, and the House by 365-43.

As AIM noted in a special report by Nevin Gussack, “The Obama/Clinton Russian Reset Has Backfired,” some conservative and libertarian groups fell for the ploy, endorsing special trade status and benefits for Russia. These included the Heritage Foundation and the Cato Institute.

A Cato report on the topic was titled, “Trading with the Bear: Why Russia’s Entry into the WTO Is in America’s Interest.” It stated that the trade benefits to Russia “may function as a source of goodwill, motivating Russia to liberalize more quickly, deeply, and transparently,” and that Russia might move “toward a more open, modern, and globally integrated economy.”

Tell that to Ukraine. 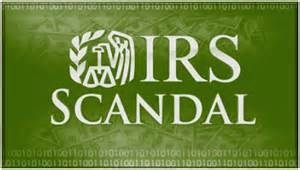 Potentially coordinated (DOJ, WH, DNC + IRS) targeting of political opponents by the IRS is an affront to Freedom of Speech and may have had the potential to alter the outcome of the 2012 Presidential Election.

To claim (many months after they were requested) that potentially incriminating emails were “lost” not just by Lois Lerner but by 6 other individuals of interest as well, and that no backups exist, is simply not credible. WE know that backups exist via the contracted company Sonasoft.

Former Attorney General Alberto Gonzalez has been quoted as saying enough evidence of potentially criminal wrongdoing is available to warrant the appointment of a Special Prosecutor.

Eric Holder MUST act on this matter that is of such extreme importance to the integrity of our Consitutional Republic.