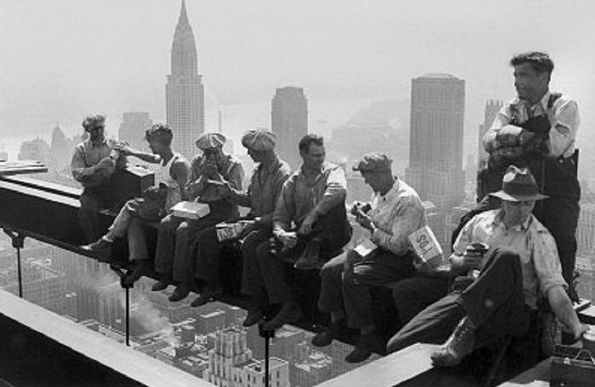 Decades of socialist/progressive indoctrination in our schools, media and culture, plus six years of Obama, has yielded a devastating unspoken consequence. It is the loss of who we use to be as Americans.

In his 1961 Inaugural Address, President John F. Kennedy said, “My fellow Americans, ask not what your country can do for you, ask what you can do for your country.” Democrats have perverted Kennedy’s inspiring challenge. Their dispiriting goal is to have as many Americans as possible controlled by and dependent on government, even for life itself, which is at the root of Obamacare.

I mourn the loss of the independent self-reliant mindset which made our parents great; and the pride and dignity it generated within them. Welfare (government assistance) was a last resort and for the truly needy.

Today, far too many Americans see no shame in living on government assistance or scamming the system. The Left’s campaign led by the Obama Administration to instill an entitlement mindset in many has proven successful. The Administration even campaigned targeting minorities, discouraging their instinct to be self-reliant. http://bit.ly/1ixsqOm Even worse, the Administration portrays getting on welfare as the honorable thing to do. Dear Lord, what kind of nation are we becoming?

In his War on Achievers, Obama used his bully pulpit to deflate business owners by saying, “If you’ve got a business, you didn’t build that.” http://bit.ly/1lJEg77 Obama and his operatives use compassionate sounding terms such as “social justice” and “income inequality” to justify the government confiscating the earnings of achievers and redistributing it to non-achievers to win their votes. Despicable.

My heart aches for my America when character, excellence and hard work were rewarded, celebrated and respected.

At 9 or 10 years old, I worked part-time for my neighbor Mr Buddy Roy. I pulled the copper out of old motors for him to sell. I still remember the pride I felt making my own money.

In the early 1950s, blacks were allowed to take the entrance test for the Baltimore City Fire Dept. My dad applied and mom helped. My parents sought opportunity not handouts. Talk about a strong black woman, though compassionate and loving, mom could be a tough no nonsense person.

I remember my parents sitting at the kitchen table, a glass turned upside down between them with mom tapping on the glass with a spoon. She was simulating the different bell sounds which alerted the firefighters to various situations. She would yell at my dad, “No, that’s wrong, stupid! Listen and get it right!” Thanks to my drill sergeant mom, dad was among a hand full of blacks who became Baltimore City’s first black firefighters.

Being a pioneer is never easy. Dad endured humiliating work conditions and blatant racism. Still, dad relished the opportunity. Thanks to his Christian faith, dad won admiration and respect by fighting racism and hate with excellence. He won “Firefighter of the Year” two times.

That mindset of putting ones best foot forward and striving for loftier standards is what I fear we are rapidly losing as Americans. Apparently, character is no longer expected in our leaders. President Obama is caught repeatedly lying to the American people and the response is ho-hum, let’s move on.

The trend is to celebrate deadbeats, entitlement junkies, haters of achievers and assorted low life. For example. The Democrats and mainstream media loved the Occupy Wall Street mobs. People were assaulted and even raped at their angry mob gatherings. Severely infected with an entitlement mindset, Occupiers dumped feces in a public building demanding the government redistribute wealth to them. http://bit.ly/1maLyRQ.

Meanwhile, the Left continues their shameful relentless demonizing and slandering the Tea Party with unfounded allegations of racism. The Obama Administration has plotted to criminalize free speech (the Tea Party). Folks, we are talking decent hard-working Americans who are simply pushing back against Obama’s shock and awe assault on our freedoms, liberty and culture. http://bit.ly/V1XZFy

Tax cheat Democrat Rep. Charlie Rangel compared the Tea Party to Hamas terrorists. Either Mr Rangel is a loudmouth clueless idiot or a despicable evil human being. Leftists like Rangel who throw unfounded irresponsible “hate” grenades at millions of Americans should be called on it. Inciting racial division is extremely serious. http://bit.ly/1imfPO1

Amidst the unbelievably long list of scandals, crimes and misdemeanors of the Obama regime, the damage that this evil man and his minions have done to the internal make-up of many Americans is extremely disturbing and heartbreaking.

Please view me performing my song, “We Are Americans” http://bit.ly/1qlirOh which I wrote to remind us of who we use to be and I believe a majority still are as Americans. I have faith that the liberal’s, socialist’s and progressive’s toxic disease of entitlement thinking has not reached critical mass.

My fellow Americans, we are exceptional, a chosen people. We are Americans!