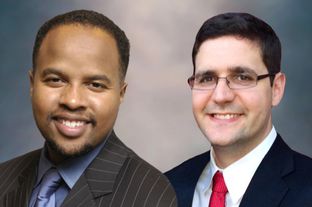 The Democrats are just itching to solidify their hold on Texas. We’ll just see about that… In Missouri City, Texas a race is brewing that is the epitome of reputable vs. corrupt. The incumbent is facing felony charges – lots of them. Here is a list of 47 (!) “bad acts” etc. that the State of Texas plans to present against Texas state Rep. Ron Reynolds in his upcoming felony trial. Come on Texas! You are so much better than this guy. He needs to be swept out of office.

State Rep. Ronald Eugene Reynolds, D-Missouri City, is a personal injury attorney in Harris County. And his alleged crimes include fraud and not paying fees among a host of other things. He will be standing trial for a whole slate of criminal and civil charges for his alleged involvement in an elaborate kickback scheme. What a peach huh? You would think the media in the Lone Star State would be all over this dirt bag. But not much is being said or written on it, so I am bringing it to our reader’s attention. This race is important in Texas, which must not go Progressive Blue. If we lose Texas, we lose the nation, so transparency and sunlight are needed to expose these corrupt bureaucrats. Enter David Hamilton (same name as my brother-in-law — no relation), a small business man who wants to run in order to restore ethics and true conservatism to the House District 27 seat.

Hamilton is an underdog in an area that historically (God knows why) votes Democratic. I am calling on all conservatives in that area to come out and help David Hamilton. Even if you have never been directly involved in politics before, this is the time — virtually all of our futures hang in the balance and it is a way to give back to and restore our great Republic.

According to reports, Reynolds is an ambulance chaser extraordinaire. He’s also an arrogant scummy politician:

A grand jury indicted Reynolds last fall on 10 counts of barratry for illegally offering legal services to accident victims within 30 days of the incidents. Often referred to as “ambulance chasing,” barratry is a third-degree felony punishable by up to 10 years in jail and disbarment.

Reynolds says he’s not concerned by the election challenge, or his upcoming trials. In a phone interview this week, the representative, who was first elected in 2010, was matter of fact about his case.

Are you now, sir? Typical Progressive move to use religion as a shield. Bullcrap. This is a test to prove you are a lying criminal and need to be removed from office. And there is so much more to the scandal:

An affidavit filed in Montgomery County District Court says Reynolds was one of eight attorneys in the Houston area paying Robert Valdez Sr., 48, to scour accident reports for victims and get them to sign contracts to be represented by the different attorneys.

The arrangement came to light when one of Valdez’s workers anonymously tipped off the Montgomery County district attorney’s office. The informant described how they would download and print accident reports from the Houston Police Department’s website, then attempt to contact the not-at-fault driver using the address and phone number listed.

In that call, the informant said they read a script telling the person all he or she stood to gain from insurance – a rental car, medical bills paid for, even a personal injury check for up to $6,000. For those they didn’t reach by phone, they visited their homes and left a business card. They then set up appointments for Valdez to come to their homes, where he would show them their police report and have them sign one of the attorney’s contracts for representation.

Valdez is currently serving a five-year sentence for his role in the arrangement.

Of course Reynolds is denying all of it, protesting he is innocent and working at his law firm as if nothing has occurred. It says something about a man when he doesn’t even have the inner workings to feel ashamed that not only what he has done is wrong, but that people see him as a lowlife. Like any good sociopath, this does not phase him in the least evidently. It will just all pass. He’s claiming political motivation concerning the charges against him. I highly doubt that… it’s just good ole corruption Texas style. Texans have a chance to clean house of this wretched debris… time to step to it pardner. On August 11th, his trial will commence and the DA looks forward to it:

In response, Kelly Blackburn, the assistant Montgomery County district attorney trying the case, said he “has no concern about the local politics of Fort Bend County. The fact that he is a Democrat, Republican, independent or a member of the Green or Tea Parties is of no concern to us, and we look forward to the time when we can present all the facts in an open forum during the trial of this case.”

That won’t be Reynolds last shot at infamy either. He’ll be back in court on September 15th for a civil case that the State Bar of Texas filed in Harris County alleging professional misconduct in connection to the barratry scheme. Somebody has been a very bad boy and has evidently been caught with his dirty fingers in the cookie jar. But it is not his first go around, oh no. He’s been publicly sanctioned twice by the Bar Association for professional misconduct. He was also arrested in 2012 when he got stung in an undercover operation spearheaded by the Harris County DA’s office. It would seem a chiropractic firm was getting patients to sign contracts that named Reynolds as their legal counsel before they were ever examined or had even met him. Shyster doesn’t quite cover it, does it? Well, those charges were dropped. Two of the investigators came under scrutiny for allegedly stealing evidence in other cases. How convenient. But where there is smoke, there is fire and you can bet Reynolds is no altar boy.

Hamilton is anti-abortion, which makes him a very good guy in my eyes and a conservative. He’s even been sued by Eric Holder for violating the Freedom of Access to Clinic Entrances Act – a case that was settled in 2013. And that makes him a patriot with a spine in my opinion. I wish I lived there just so I could vote for him. But since I don’t, I am appealing to those of you out there who can support him. The Republican organization there would do well to throw their support and funds behind his campaign. It’s a no-brainer, unless of course you like dirt bag, ambulance chasing Progressive attorneys running a district in Texas.

Here is David Hamilton’s site. Campaign for him, vote for him… at the very least, donate to him. He’ll fight for smaller government, for energy independence, for spending less and for Constitutional values. Time to clean House in Missouri City, Texas.