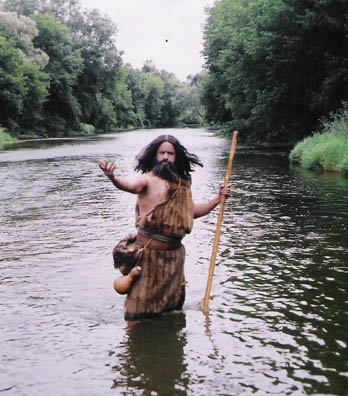 For crying out loud, will someone “pleeeeease” take a stand for Conservatism? Someone forwarded this article to me, “Why Are Republicans Suddenly Leaning Left?” http://bit.ly/1qEJAvj The article cites numerous examples of the GOP obviously believing it must embrace at least lukewarm Liberalism while backing away from Conservatism to win elections.

The article mentioned that Mitt Romney avoided saying “Republican” in an ad supporting Scott Brown’s Senate run. Romney said in the ad referring to Brown, “will buck his own party to do what’s right for New Hampshire.” Romney’s statement implies that Conservatism can be mean, but rest assured that Brown will push back if Republicans go down that road. This hogwash drives me nuts because Conservatism is not mean, Liberalism is mean!

Mr Romney you are an honorable man. But, if you are not going to boldly articulate the superior attributes of Conservatism; how it is rooted in compassion and why it is most beneficial to all Americans — if you are afraid to explain the foundational evils of Liberalism, please stay home; out of the 2016 presidential race.

In the first 2012 presidential debate, Romney kicked Obama’s butt with truth and facts. Then, Romney went on “prevent defense” in the next debate. His behavior said, “I have Obama on the ropes. I’m not going to say or do anything to blow my lead.” Consequently, in the second debate Romney allowed Obama to get away with lies.

Even the Bible expresses displeasure with those who are afraid to stand up for what they believe. “So because you are lukewarm, and neither hot nor cold, I will spit you out of my mouth.”

Like President Ronald Reagan, I am a bold colors kind of guy. http://bit.ly/WIQPGf

Enough with the weak kneed apologizing and watering down what it means to be conservative; allowing certain Americans to break laws due to race, embracing immoral and culturally destructive behaviors in the name of inclusion.

I liked G. W. Bush, but I rue the day that he came out with his “Compassionate Conservatism”. He reenforced Dems/liberal’s lie that Conservatism is not by nature, compassionate. The truth is Conservatism is the epitome of compassion. When will someone have the backbone to stand up for Conservatism; tell Americans why it is far better for them than Liberalism? I am a black conservative because it would be idiotic and self-destructive to embrace Liberalism.

Conservatism 101: A Tale of Two Dads – Little Johnny Says He Does Not Want to Go to School.

Liberal dad’s reply: “Son, I feel your pain. School has too many challenges. Stay in bed. I will provide for and protect you.”

Conservative dad’s reply: “Johnny, you get your butt out of that bed this instant and get ready for school. I will speak to the principal, attend PTA and do whatever necessary. You need an education to have a happy and fulfilled life. I love you son.”

Which dad is righteous, loving and truly compassionate?

Folks, my little scenario illustrates the foundational beliefs under girding Conservatism and Liberalism in America. Conservatism is good for people, offering help to launch folks into self-reliance and personal achievement which creates self-respect and self-esteem.

Liberalism is notorious for dissing people, implying that they are stupid and weak in need of cradle to grave government dependency and intellectual liberals managing their lives.

This is why it is so frustrating to watch the MSM get away with branding the Tea Party “extreme” with very little push back and even support from the GOP. At the core of the Tea Party is Conservatism. Unlike liberals, we respect the individual. We are patriots who desire our government to abide by the Constitution. We desire smaller government, laws enforced equally, fiscal responsibility and a president who does not behave like our Imperial Dictator. And yet, we in the Tea Party are the ones called crazy extremists and a threat to our nation. Why won’t someone tell America the truth, who we really are?

Continuing to allow liberal’s lies about conservatives to go unchallenged is unacceptable. Liberal’s modus operandi is to accuse conservatives of the very crimes they commit.

For example: Liberals say conservatives are intolerant. Liberals are the epitome of intolerance. And for all their campaigning against bullying, liberals are notorious bullies. Talk about blood in the water; how many times have we witnessed the liberal MSM having a feeding frenzy ripping apart someone who dared to express a point of view other than their consensus on an issue? http://bit.ly/1tNkmNz

Bloody victims barely hold on to life after suffering public humiliation and the loss of property and income. And yet, these vicious liberal bullies get all the credit; praised as paragons of compassion. The truth is compassion is the heart of Conservatism.

With Obama’s declining approval numbers, GOP candidates have a golden opportunity to explain the superior attributes and benefits of Conservatism.