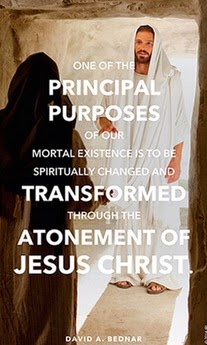 Last weekend an opportunity to visit my folks presented itself with the help of some reasonable air fare.  Mom and Dad are getting up in age and I’m no spring chicken so it made sense to fly out there and spend time with them.  My father and I don’t talk much with his hearing being worse than mine; but we did fall asleep pretending to watch golf on his television together and it made us both happy.

Sunday morning we all went to dad’s Presbyterian Church where I was logged in as an official visitor. It was a chance for me to once again show respect for my father and observe his rituals and traditions even though we don’t see eye to eye on matters of religion; my having become an active member of The Church of Jesus Christ of Latter Day Saints (Mormon) going on 36 years.

There’s no doubt that Presbyterians share, at least in part, a common belief in God, the Father, His Only Begotten Son, Jesus Christ and in the Holy Ghost as the congregation stood to recite the Apostle’s Creed.  There was a visual text of the Creed presented on a large screen which permitted folks to read along; my having avoided the recitation as it included, “I believe in … the holy Catholic Church…”   Out of respect for my father I stood quietly, dutifully if you will, until everyone was invited to sit back down.

The minister later talked about the old Presbyterian Hymnbook and the new one which replaced it; something which apparently caused quite a stir with some of the older members.  During his remarks he asked the membership to write down their favorite hymns and pass this information along so he’d have a better idea of what his congregation wanted to hear.

I looked down at my shoes, suppressing any audible laugh that might escape as a wide grin crept across my face.  An abstract thought came to me, “We Thank Thee Oh God for a Prophet”, or “High on the Mountain Top”…no; better to remain silent once more, they might not appreciate my warped sense of humor.

It was the 2nd Sunday of the month and this congregation had a worthy tradition of taking up a special collection for those standing in need.  They were invited to empty the coins from their pockets as young children went from pew to pew with large tin cans, coins clinking as they hit the bottom.

In The Church of Jesus Christ of Latter Day Saints we have a similar tradition, Fast and Testimony Sunday, usually the 1st Sunday of each month.  We are asked to voluntarily give up two meals and donate the amount that would have been spent as a Fast Offering.  It has been suggested we be generous, making the value of the missed meals greater than would have been spent rather than smaller in order to bless more of those in need.

It was an honor to accompany my folks to church, to worship God and acknowledge our Savior’s gift to mankind.  Our differences in doctrine put aside; we worship the same God, the same Savior and the Holy Ghost in our own way.   May the message of the gospel remain the focus of our lives is my prayer this day, in the name of Jesus Christ, Amen.