I can certainly understand being a little girl with an idol. Mine was Lynda Carter as Wonder Woman, and my sister’s was Isis. But her Isis looked like this: 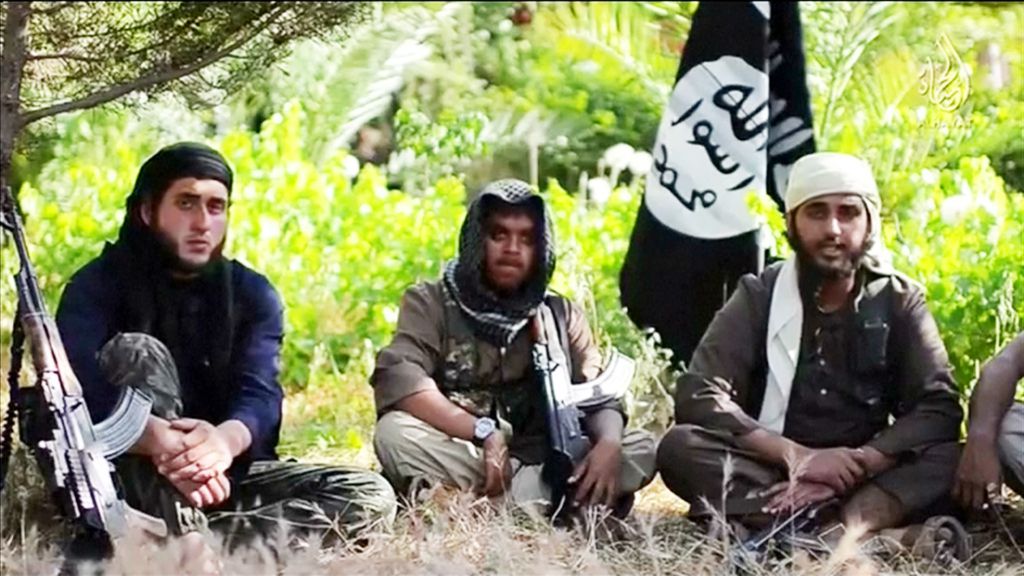 I understand Isis being your idol, but this is ridiculous. Maybe the girls below were just confused? I mean, the goddess Isis was Egyptian, not Syrian:

One of a pair of Austrian [ahem, Bosnian] teenage girls who left Vienna homes in April to join Syrian jihadists reportedly killed

One of two young Austrian women who travelled to Syria to fight with Islamic extremists has reportedly been killed just months after arriving in the country.

Sabina Selimovic, 15, and Samra Kesinovic, 16, both the daughters of immigrant families from Bosnia, left their homes in Vienna in April with the apparent intention of fighting for Syrian rebels.

They are thought to have travelled to Turkey and then to have crossed the border into Syria, having become radicalised after attending a local mosque in Vienna and reading about jihad on the internet.

But Austrian authorities now think one of them – they have so far refused to divulge which one – may have been killed during fighting.

Refused to divulge which one. Does it really make a difference?

…Austrian authorities fear that the two teenagers’ example is inspiring other young, radicalised Muslim women to travel to Syria and volunteer to fight.

Now, ISIL et al have taken violence to such a level that even al Qaeda has distanced itself from it, and yet something about the former’s methods clearly appealed to these Bosnian (of all things!) girls. Where might they have acquired this taste for blood? Surely they would have been so traumatized by their parents’ tales of the Bosnian war and the supposed Serb killing machine that they’d have no stomach for violence. Unless the tales — like the war itself — had precisely the opposite effect.

In Germany, meanwhile, an alleged jihadist went on trial on Monday, accused of fighting in Syria for Isil.

In the first German criminal proceedings involving Isil, Kreshnik Berisha, a 20-year-old born near Frankfurt to a family from Kosovo, has been charged with membership of a foreign terrorist organisation.

Well, if this isn’t the article that just keeps on articulating. A German first, and a Kosovo Albanian is involved. Who could have seen that coming throughout the ’90s?! Frankfurt and Kosovo. What a couple.

…Berisha is believed to have become radicalised when he fell in with a group of Muslim fundamentalists while on a job training programme.

Federal prosecutors say Berisha travelled to Syria via Turkey in July 2013 with other Islamists planning to join the fight to create an Islamist “caliphate” straddling Syria and Iraq.

Soon after his arrival, Berisha allegedly underwent firearms training and was put to work as a medic and a guard.

In the six months he spent in Syria, he is believed to have fought in at least three battles on the side of the jihadists against President Bashar al-Assad’s troops.

Now, if 15 and 16 sound young for Bosnian Muslims to be all about The V (violence), check out these over-achievers. They’re barely out of their terrorist twos. I mean, terrible twos:

Al-Hayat Media Center, the media wing of ISIS, posted a video showing Bosnian children playing with guns and chanting ISIS slogans in Syria. The video was posted on the Internet on July 12, 2014.

Closing with some more Kosovo Albanians being arrested:

Fifteen people have been detained in Kosovo in an operation aimed at tackling recruitment of fighters for Islamic State (IS) in Syria and Iraq.

Among them are several imams, including the head of Pristina’s Grand Mosque, Shefqet Krasniqi, local reports say.

Some 200 Kosovo Albanians have gone to fight in Syria and several have died.
…
Kosovo police did not name those arrested, publishing only their initials, but said the operation had been carried out following threats and due to the importance of national security. [Which of course first would require a nation, but who’s keeping track. Oh yes, they are.]

Many of those held were from Pristina, Prizren or the flashpoint town of Mitrovica. [Wasn’t this ‘Serb’ sellout just talking about how lovely Prizren was?]

Islamist leader Fuad Raqimi was detained after a raid on his flat, reports said.

US envoy Tracey Jacobson, in a tweet, praised Kosovo’s “pro-active response against fighters and terrorism”.

Last month, 40 people were arrested as police searched dozens of sites across Kosovo, including makeshift mosques thought to have been used as recruitment centres. […]