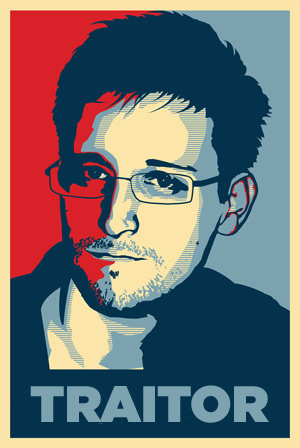 In late February, Ukrainians awoke one morning to masked, armed, Russian-speaking men guarding key sites on the Crimean peninsula. This came as a shock not only to Crimean residents and the media covering the sudden outbreak of instability on that strategically vital strip of land, but to the international community as well. This soft invasion was followed hours later by a far more traditional incursion by Russian forces. Within weeks, Moscow had carved off the peninsula from Ukraine and, eventually, annexed it into Russia proper.

Some believed that this shocking development could not be divorced from the counterintelligence coup Moscow pulled off when they lured National Security Agency leaker Edward Snowden, and all the secrets to which he had access, to Russia for what has become an extended stay.

“Some U.S. military and intelligence officials say Russia’s war planners might have used knowledge about the U.S.’s usual surveillance techniques to change communication methods about the looming invasion,” The Wall Street Journal reported in March. “U.S. officials haven’t determined how Russia hid its military plans from U.S. eavesdropping equipment that picks up digital and electronic communications.”

“We know today [of] no counterintelligence official in the United States [who] does not believe that Mr. Snowden, the NSA contractor, is not under the influence of Russian intelligence services,” House Intelligence Committee Chairman Rep. Mike Rogers (R-MI) told NBC’s Meet the Press in early spring.

Wittingly or otherwise, there is evidence that Snowden helped facilitate the first major European war in decades and the first brazen land grab on the continent since World War II. Now, Snowden’s leaks may be aiding an equally grave threat to Western civilization: the Islamic State.

“A former top official at the National Security Agency says the Islamic State terrorist group has ‘clearly’ capitalized on the voluminous leaks from former NSA contractor Edward Snowden and is exploiting the top-secret disclosures to evade U.S. intelligence,” The Washington Times reported. “Bottom line: Islamic State killers are harder to find because they know how to avoid detection.”

“The changed communications practices and patterns of terrorist groups following the Snowden revelations have impacted our ability to track and monitor these groups,” said Mr. Hayden, who writes a bimonthly column for The Times.

“Following the disclosure of the stolen NSA documents, terrorists are changing how they communicate to avoid surveillance. They are moving to more secure communications platforms, using encryption and avoiding electronic communications altogether,” Mr. Olsen, a former NSA general counsel, said Wednesday at the Brookings Institution. “This is a problem for us in many areas where we have limited human collection and depend on intercepted communications to identify and disrupt plots.”