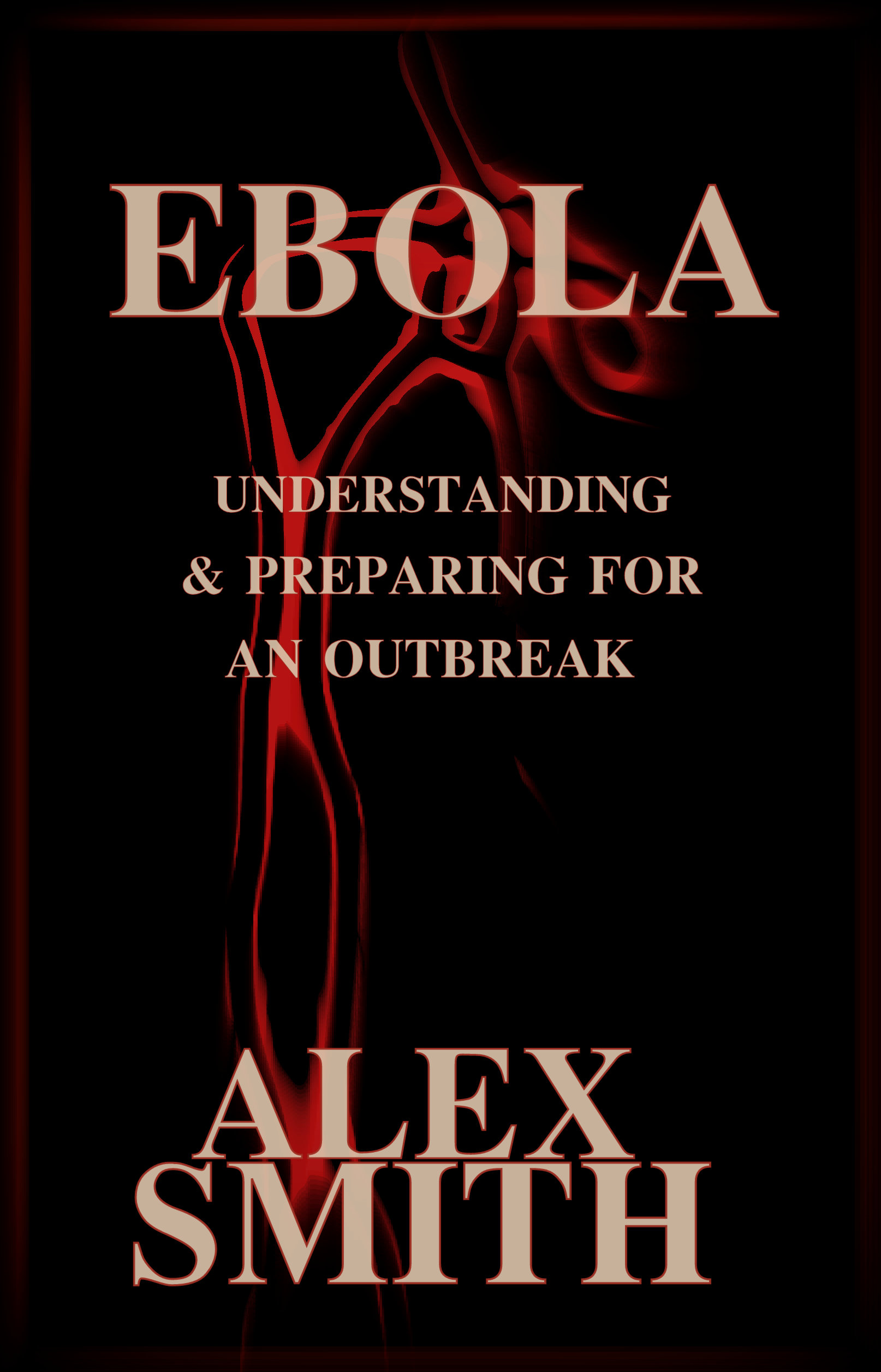 Contrary to the media blackout out there, Ebola is still here in the US and very much a threat. According to Sharyl Attkisson, over 1400 people in the US are currently being monitored for the deadly disease. And every once in a while, from a foreign news source, you get a glimpse of what is really going on… you know, like someone bleeding out in a hair salon in New York. The monitoring is going on in 44 states and thanks to Obama’s new Ebola Czar, Americans don’t have any idea about the threat they face.

One author has written a book on how to get ready for the inevitable outbreak. “Ebola: Understanding and Preparing for an Outbreak,” by Alex Smith, is a must have for your survival shelf. It’s an easy read and not long and drawn out.

Smith covers most of the important subjects: symptoms, transmission, treatment, the history of the virus, the current outbreak, how to prepare, what to have on hand, measures to take if the worst is realized (quarantines, isolation rooms, cleaning procedures, etc.) and more. In fact, when the book arrived, my daughter took it first, thus the delayed review. It then went to hubby and then to me. I don’t know anyone out there that is not spooked by Ebola. One of my all time favorite books is The Stand by Stephen King. Ebola is eerily reminiscent of that scenario in so many ways.

Here is an excerpt from the book:

“Airborne droplets (Not  Confirmed by Authorities):
The CDC makes no mention of transmission through airborne droplets in humans.  Because of the severity of the current outbreak, however, transmission through airborne droplets seems like a possible explanation.  Note that the author says airborne droplets and not simply airborne.  There is a huge difference.  Airborne implies that a disease can be spread through the inhalation of tiny, dry particles that remained suspended in the air for long a period of time.  These particles could also theoretically be transferred through air currents.  Ebola is not airborne in this sense.  The rate of infection is much too low.  If Ebola was truly airborne, it should spread at a rate similar to tuberculosis, chickenpox or measles.  One person with measles, on average, infects 12 to 18 people.  The current Ebola outbreak appears to spread, on average, to one to two people.  This value is known as the Basic Reproductive Number, R(0).  The following is a chart of the Basic Reproductive Numbers for various diseases. Airborne droplets, however, is a different story.  Airborne droplets are relatively large (when compared to the dry particles that are suspended in the air by an airborne disease), wet particles, propelled through the air by way of coughing, sneezing or violent vomiting, that land on walls, floors, or other people.  It is entirely possible that Ebola is spread via airborne droplets.  The CDC still denies this.  The WHO downplays the probability.  Other experts, especially those who are independent of governmental organizations, are not as quick to dismiss this.

Despite CDC claims that droplet transmission is not possible, it has been shown that VHFs have an infectious dose of 1 to 10 particles both near and at a distance from infected patients, which means that healthcare workers should be wearing respirators, not facemasks.”  They continue, “Modern research, using more sensitive instruments and analytic methods, has shown that aerosols emitted from the respiratory tract contain a wide distribution of particle sizes—including many that are small enough to be inhaled.  Thus, both small and large particles will be present near an infectious person.  The chance of large droplets reaching the facial mucous membranes is quite small, as the nasal openings are small and shielded by their external and internal structure.  Although close contact may permit large-droplet exposure, it also maximizes the possibility of aerosol inhalation.  As noted by early aerobiologists, liquid in a spray aerosol, such as that generated during coughing or sneezing, will quickly evaporate, which increases the concentration of small particles in the aerosol.  Because evaporation occurs in milliseconds, many of these particles are likely to be found near the infectious person.  The current paradigm also assumes that only “small” particles (less than 5 micrometers [mcm]) can be inhaled and deposited in the respiratory tract.  This is not true.  Particles as large as 100 mcm (and perhaps even larger) can be inhaled into the mouth and nose.  Larger particles are deposited in the nasal passages, pharynx, and upper regions of the lungs, while smaller particles are more likely to deposit in the lower, alveolar regions.  And for many pathogens, infection is possible regardless of the particle size or deposition site.”

CIDRAP concludes:
“To summarize, for the following reasons we believe that Ebola could be an opportunistic aerosol-transmissible disease requiring adequate respiratory protection:
o    Patients and procedures generate aerosols, and Ebola virus remains viable in aerosols for up to 90 minutes.
o    All sizes of aerosol particles are easily inhaled both near to and far from the patient.
o    Crowding, limited air exchange, and close interactions with patients all contribute to the probability that healthcare workers will be exposed to high concentrations of very toxic infectious aerosols.
o    Ebola targets immune response cells found in all epithelial tissues, including in the respiratory and gastrointestinal system.
o    Experimental data support aerosols as a mode of disease transmission in non-human primates.”
The author tends towards CIDRAP’s stance.  Infection through Direct Contact is certain, and airborne droplet seems likely, but aerosol transmissibles for up to 90 minutes appears possible as well.
The complete CIDRAP article (with multiple sourced studies) can be found here (Click Here):”

There is an endless stream of news out there that is distracting us from topics such as Ebola. But it did not go away or magically disappear. In fact, it is raging hotter than ever in Africa and there are no controls to stop it coming into this country and spreading. Do the math. Each of us should get a copy of this book and prepare just in case. It is better to over prepare than to be found wanting when an emergency comes knocking. Especially one that kills quickly and efficiently the way this one does.

I have heard nothing more on a vaccine or the efforts to contain Ebola here in the states. The silence is terrifying and deafening. When your government mandates a media blackout on something this serious, it is time to get worried. Start your preparations with this book: “Ebola: Understanding and Preparing for an Outbreak,” by Alex Smith. It’s an investment and a read that is a must. Highly recommended.

One thought on “Book Review: Ebola – Understanding & Preparing for an Outbreak”