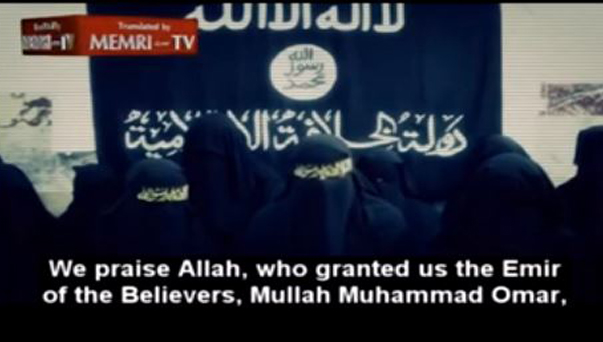 A few weeks ago, I wrote an article entitled: “Ready or Not They are Coming,” which was published by many blogs. In that write-up, I mention how ISIS is planting their roots in Pakistani society; it is really an alarming situation for religious minorities as well as modern Muslims.

But surprisingly, the Pakistani Army officials stated that: “There could be isolated cases where they are trying to show their presence or to become relevant, but I don’t see this growing into a major threat,” whereas these militants, who are either Taliban or al-Qaeda, were always a major threat to our country. The militants have entered into army installations dozens of times and twice into Pakistani airports where attacks took place. What If these militants joined hands with ISIS? Would this not be a threat to the Pakistani community? According to available information, many Taliban commanders have already joined ISIS, as well as many other Islamic groups and those who were associated with Al-Qaeda also accepted Abu Bakr Al Baghdadi as their Caliph.

However, the former Pakistani Ex-Interior Minister Rehman Malik claimed that he had documentary evidence about the presence of ISIS in Pakistan. He stated: “I have solid proof that ISIS has established its contacts with the Tehreek-i-Taliban Pakistan and it is quite possible that one of the Taliban’s leaders will soon be named as its chief in Pakistan,” he said. When asked about documents he possessed, the PPP leader said: “I will brief the nation about documentary proof and will make them public in a couple of days.”

And as of yesterday, one of the trustees of the Lal Masjid Shuhada Foundation “Ihtashamul Haq” filed a petition against the police; he claimed that after the release of a video message by students of Jamia Hafsa, the Islamabad Police have started harassing them.

You will be surprised that these students of Jamia Hafsa released a video message in which they openly support ISIS. Here is the video and after watching it, if you still think that there is NO ISIS and that their supporters in Pakistan don’t exist, then you are living in a fool’s paradise.