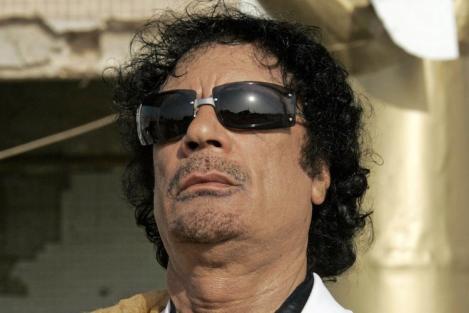 The Citizens Commission on Benghazi revealed last year that Qaddafi was willing to step down peacefully and was in negotiations with the U.S. Government, but those negotiations ceased. AIM’s Roger Aronoff quotes their findings, “Despite the willingness of both AFRICOM Commander Gen. Carter Ham and Muammar Qaddafi to pursue the possibility of truce talks, permission was not given to Gen. Ham from his chain of command in the Pentagon and the window of opportunity closed.”

The Washington Times has revealed that Hillary Clinton stepped in to quash the discussions. She would have never done this without Obama’s express permission. Now why, I ask you, would two diehard liberals dedicated to “world peace” for their entire lives miss a perfect opportunity to avoid a civil war? Was it a blood lust desire to see Qaddafi murdered by revolutionaries as payback for Pan Am 103? Nothing of the sort. Obama has shown himself more than willing to shed American blood when it serves no useful purpose. If America has something to gain, only then will he back off.

Believe it or not, Qaddafi had become somewhat of an ally in the war on terror. Why would this nothing of a president want to lose that small foreign policy advantage? When the so-called “Arab Spring” began in 2011, I said that “we are witnessing the collapse of the Middle East“. Events since have proven that exactly correct. All this instability set the stage for the ascendancy of the Muslim Brotherhood, a terrorist organization that is now part and parcel of the Obama administration. Obama wants to implode the Middle East in order to set the stage for the destruction of Israel, our last remaining ally.

Rep. Gowdy or some other congressman needs to conjure the courage to call Obama out. He is engaged in a deadly betrayal of our country and people. This is high treason and these people are monsters.