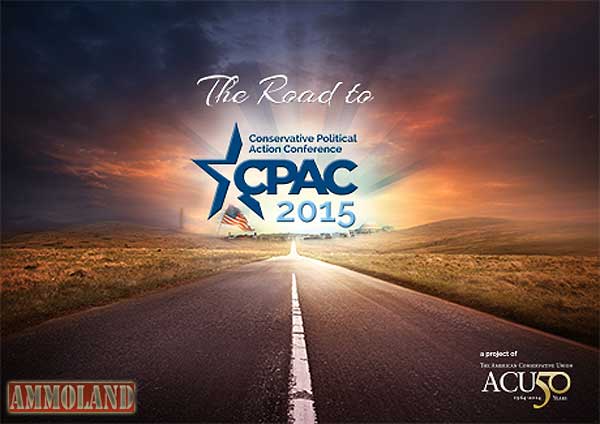 Every week on Monday morning, the Council and our invited guests weigh in at the Watcher’s Forum with short takes on a major issue of the day, the culture or daily living. This week’s question: What Are Your Impressions From C-PAC?

GrEaT sAtAn”S gIrLfRiEnD: Aside from Jeb being a target with all the asides and overt HRC tackles, it was still a disappointment that Sen Paul won his third time win at the Straw Poll. Good news that Gov Walker came in a really strong 2nd. Impressed that GOP has a great bench to pick from with all the Governors on hand like Govs Jindal, Bush, Walker and Christie as well as other serious cats like Ambassador Bolton, Sen Cruz, Sen Rubio and an almost Senator – Fiorina.

May not have been the appropriate venue for a thorough Foreign Policy discussion (which may explain why Senator Paul keeps winning the Straw Polls) yet am personally checking Gov Walker and I really liked Carly Fiorina. If Bolton runs – he’ll be my 1st love no doubt.

Kinda schadenfreudish perhaps, yet I laughed out loud at Gov Christie and the near empty room. Strikes me as a cat who would relish tinkering around the edges without ever going for the jugular.

Totally changed my mind about Dr Carson. His low intensity speech may not be so great on the campaign trail and his professorial monologue was kinda monotonous.

Bookworm Room: I haven’t paid the least bit of attention to CPAC. I’ve never found that it provides useful information. Every year, it supports a Ron or Rand Paul. Everything else… Meh!

Rhymes With Right: CPAC? I guess I have to be honest and admit that I haven’t paid much attention to it. I suppose the one real interesting thing to come out of CPAC for me is the decisive manner in which Scott Walker skunked Ted Cruz (once you take Rand Paul out of consideration — he, like his father, will never be president). Beyond that, who cares?

The Right Planet: I gotta admit, I just haven’t been that fired up about CPAC this year, either. I soured a bit on CPAC following their “black sheep” treatment of Pamela Geller, Frank Gaffney and Robert Spencer back in 2013. Additionally, I have major issues with CPAC’s relationship with Grover Norquist and Suhail Kahn.

Laura Rambeau Lee, Right Reason: Watching bits and pieces of the speeches and interviews at CPAC and the final straw poll vote left me with mixed impressions. One has to wonder how we define a “conservative”. The potential presidential candidates are all Republicans but there are very few who could be called true conservatives.

This is Senator Rand Paul’s third win in as many years, mostly due to his overwhelming support from young voters. While Sen. Paul defines himself as a constitutional conservative, his young supporters rally behind his libertarian leanings on social issues. Senator Paul strategically ducks these issues by deferring to states rights. When interacting with “Paulseys” I find many are open to comprehensive immigration reform and amnesty, legalizing marijuana, and giving convicted felons the right to vote. They advocate for same sex marriage and other issues outside traditional conservative values. They embrace the idea of personal freedom while not fully grasping the personal responsibility that goes along with it.

Former Florida Governor Jeb Bush came in fifth in the straw poll, and even that poor showing was the result of his campaign resorting to bussing in supporters. Laura Ingraham had a great comment about Jeb being the same as Hillary. She is right, they are both progressives and support comprehensive immigration reform and the federalized Common Core State Standards of education. Bush will never get the vote of true conservatives in the primary, as proven by the straw poll results.

Governor Scott Walker came in a close second to Senator Paul in the straw poll, and continues to impress and increase his chances for a viable presidential campaign as he garners more support and the ability to raise the funds he will need to compete against GOP sweetheart Jeb Bush. As I have said before, he has been tested as governor of Wisconsin and has shown the strength of will and character needed to compete against the Democrats and their complicit media.

The Razor: My impression is that the GOP leadership is happy for the Democrats to choose their nominee for them as witnessed by the writeups in the Washington Post and New York Times. Why are these guys still in power again?

Ask Marion: The who’s who in Conservative Republican and Libertarian politics gathered this past weekend at CPAC, the Conservative Political Action Conference; an annual political conference attended by conservative activists and elected officials from across the United States. CPAC is hosted by the American Conservative Union (ACU) and more than 100 other organizations contribute in various capacities.

It is a weekend for potential presidential candidates and others to test the waters with the Conservative and Libertarian Republican base, who often see things a bit differently than the GOP Establishment.

CPAC is a three day event. Day one and day two were filled with speakers, panels and Q&A. The opening as well as the clean-up spots on either day are coveted. This year’s event was opened by Dr. Ben Carson and day one was closed by crowd favorite Governor Sarah Palin, doing a little repair work after the Iowa Freedom Summit. Day two was opened by Newt Gingrich and closed by Governor Mike Pence. The highlight of day three is always the straw poll which was won in 2013, 2014 and again in 2015 by Libertarian leaning Senator Rand Paul, son of Libertarian and Tea Party favorite, Representative Ron Paul. Scott Walker came in 2nd and Ted Cruz followed in 3rd place. This is Rand Paul’s crowd; much due to the large number of young people and Libertarians who attend. Plus, Rand has always spoken about widening the Republican tent and CPAC made an attempt at doing that this year.

It is far too early for CPAC or any event to make much difference for the primaries or the 2016 Election, but it is a good practice ground for potential 2016 Republican Presidential Candidates.

I was impressed with Sarah Palin. She gave a very un-Palin like speech; eloquent, heart-felt, and with energy. Sarah’s speech told me she is running, Palin2016. And I believe she can win if conservatives have the guts to stand-up and fight for what and who they believe in, instead of bending to the media brainwashing of the past 7-years! Many CPAC attendees did not vote for Palin in the straw poll because they are not sure she will actually run and because they are afraid of the possible effects of media damage. I was also impressed with Scott Walker, who is the conservative favorite at the moment. I always love Ted Cruz’s honesty and courage of conviction. And I think people need to take a good hard look at Rand Paul after a third consecutive CPAC win. I also always like to hear Donald Trump’s input from the perspective of all his connections around the world.

Neither Chris Christie nor Jeb Bush sold me on their sincerity or that they have embraced the conservative values that America needs to turn our country around. And per the website Gateway Pundit, it was confirmed that Jeb Bush Bussed in Supporters to CPAC 2015. Let the Bush-Clinton games begin. Laura Ingraham said Jeb and Hillary Can Run On The Same Ticket and most people in the know would say that Hillary and Obama are two sides of the same coin. So if you want change… neither Jeb nor Hillary are what you are looking for.

The Republicans have a deep bench of potential presidential candidates for 2016. The Democrats have yesterday’s politician, Hillary Clinton, and possibly Elizabeth Warren. Let us all hope for America’s sake that the final 2016 candidates will not be Jeb Bush vs. Hillary Clinton. Americans deserve better. They deserve new ideas, new political blood and a choice.

See and hear speeches from CPAC day one and day two <—HERE.

One thought on “Forum: What Are Your Impressions From C-PAC?”