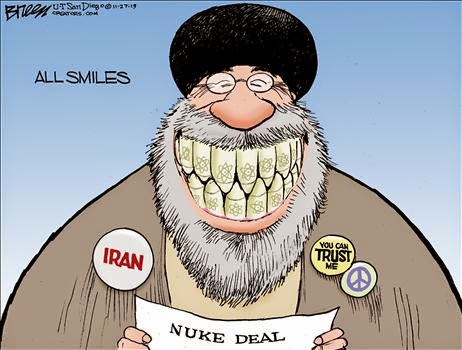 In 1933, approximately 9.5 million Jews lived in Europe, representing 1.7% of the total European population which, in turn, was about 60% of the Jewish world population, estimated to have been 15.2 million.

By 1945, in the wake of the Holocaust, two out of every three Jews would be dead.

By 2012 the global Jewish population had reached 13.75 million. That is less than 0.2 percent of the world’s population.

The Israeli Central Bureau of Statistics reported that 43% of the world’s Jewish community lives in Israel. Sharing Israel as their home were 1,636,600 Arabs and a diverse population of Christians and non-Jews, numbering around 318,000.

If the Iranians make good on their threat to “wipe Israel off the map”, presumably with nuclear weapons they would acquire by stealth and deception, the Jewish world population would be cut nearly in half. 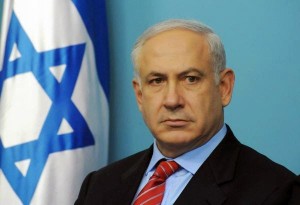 All of this will be on Benjamin Netanyahu’s mind when, as the Prime Minister of Israel, he addresses a joint meeting of Congress. It will be his third such speech. On July 10, 1996, he said the world must act to prevent Iran’s nuclearization, since “the deadline for attaining this goal is getting extremely close.”

In 2011 he returned, saying “When I stood here, I spoke of the consequences of Iran developing nuclear weapons. Now time is running out. The hinge of history may soon turn, for the greatest danger of all could soon be upon us, a militant Islamic regime armed with nuclear weapons.”

So now it is 2015 and the only thing Netanyahu knows for sure is that the Iranians remain intent on being able to produce their own nuclear weapons.

The March 2nd edition of The Times of Israel reported that Yukiya Amano, the head of the International Atomic Energy Agency, said “Iran has yet to provide explanations that enable the agency to clarify two outstanding practical measures”, a diplomatic way of referring to “alleged explosive tests and other issues related to research that may also be useful for military uses of atomic energy.” This is the same problem that the U.N. agency has with North Korea.

Netanyahu was worried about Iran’s nuclear weapons program in 1996, in 2011, and now in 2015; more than enough time for Iran to have made considerable progress toward their goal. At the heart of this third address to Congress is the survival of nearly half of all the Jews in the world because they live in Israel.

It’s no secret there is no love-loss between Bibi Netanyahu and Barack Obama, but this third effort to urge Congress to go on record supporting the survival of Israel is necessary because, for the first time since 1948, there is some cause to wonder whether a war-weary U.S. would come to Israel’s defense.

Obama has said in no uncertain terms that he wants to prevent Iran from acquiring nuclear weapons. However, the world has learned that the gap between what he says and what he does is often wide or non-existent. It must be said, however, that past Presidents have decried North Korea’s acquisition of nuclear weapons, but that has not translated into any direct action because China entered the Korean conflict in the 1950s to defend it and no one wants a repeat of that.

Netanyahu does not speak for “all Jews.” He speaks for Israel and other than national survival the political divisions there are even more diverse than our own. The fact that he is running for reelection there is not a factor for his speech to Congress—timing is.

One suspects that the best intelligence both Israel and the U.S. have been able to secure suggests that, this time, Iran is very close to its goal of being able to produce its own nuclear weapons despite the sanctions that have been imposed.

Netanyahu is understandably concerned about the negotiations that Obama has relentlessly pursued with Iran, the result of which has alienated not only Israel, but Saudi Arabia and all of the Gulf nations. The P5+1 parties to the negotiations include Russia, China, France, United Kingdom and Germany. The negotiations have deadlocked in the past and may do so again despite the fact that both Russia and China have close ties to Iran.

Even if Iran agrees to terms that would supposedly slow or stop its nuclear weapons program, there is not a scintilla of evidence that they would fulfill their promises. Iran, after all, is the world’s leading sponsor of terrorism worldwide.

The odds are that Netanyahu knows that Iran, this time, is very close to becoming militarily nuclear. Addressing Congress calls attention to the danger, not only domestically, but worldwide.

What Netanyahu also knows is that President Obama seems to have blind spot when it comes to the growing anti-Semitism that resembles what existed in the 1930s in Europe. When Jews in a French kosher supermarket were murdered, Obama referred to it as an act of “violent, vicious zealots who behead people or randomly shoot a bunch of folks in a deli in Paris.”

Whoa! It wasn’t “a bunch of folks.” They were Jews buying food for the Sabbath meal. And those “violent, vicious zealots” were Muslims, just like the ISIS Muslims beheading, crucifying, burning, kidnapping, and enslaving those they don’t kill for being Christian, Jewish, Yazidis, or just not Muslim enough!

Netanyahu’s speech will, indeed, be historic. It may not be his last visit to the chambers of Congress.